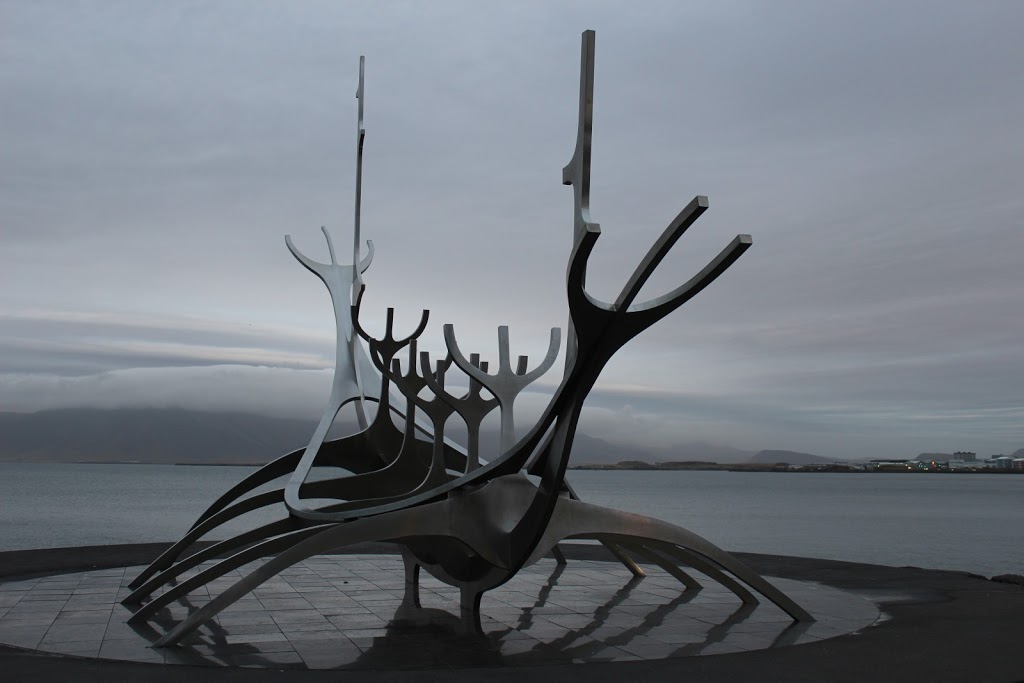 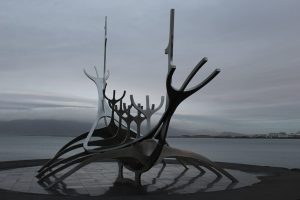 I must apologize for the lateness of posting the final days of the trip, but honestly I never did manage to switch to Iceland time, and now that I am back home I find myself almost completely not noticing the time change, which  means that I really was never on Iceland time (save but for an hour or so). Finding time to put together all of the photos of the day and get them online was tough because you really do need time as well as needing both people to be committed to the cause.
On Day 6 we decided to try to get as much sleep as possible, even if we couldn’t do it on Iceland time, just to catch up. As such we checked out a few things around Reykjavik instead of heading out of the city (both for less driving while tired and for the fact that we really didn’t have many hours of sunlight left). We headed over to the Kringlan Mall, which is basically the biggest (maybe the only) mall in Iceland to check it out. After wandering, and hearing a lot more Icelandic being spoken, since it’s a bit less of a touristy place, we headed up the escalator and were greeted with a most unexpected surprise. The recently opened a new location of the Islenska Hamborgarafabrikkan (Icelandic Hamburger Factory) at the mall, and we were hungry – it was like fate had smiled upon us! It wasn’t the best burger I had in Iceland, but it was pretty good for sure. Knowing what I know now I would have ordered the brioche bun as well as a couple of other options, but I wanted to try the classic Factory Burger before anything else. 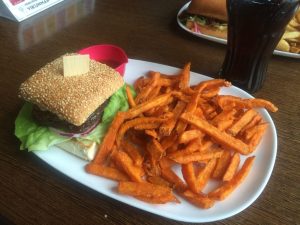 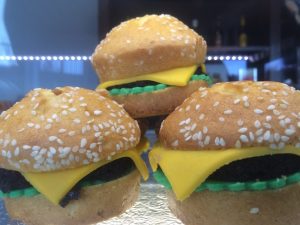 We thought we would let nature take its course while we checked out one of the more famous local sculptures, the Sólfar (Solar Voyager). It’s a pretty neat sculpture and situated right along the ocean coast on the west side of Reykjavik near the Harpa Concert Hall and the most excellent hotdog stand we ate at earlier. 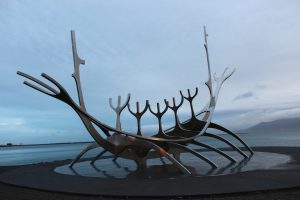 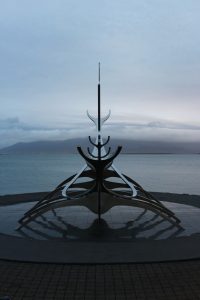 Next on our list of places to see was city hall and the parliament building. City hall is a unique building semi-surrounded by a small lake that the building actually extends out into, semi-Venice style. It was getting dark quickly and my lack of tripod was definitely hurting my photo opportunities, however I still managed to take a couple not too terrible pictures. 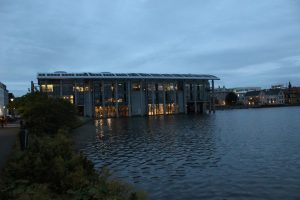 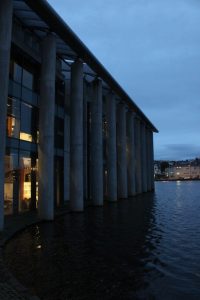 Next we made our way over to the Hallgrímskirkja, which is a Lutheran Cathedral of interesting design. It is a very simple building as far as architecture goes, consisting mainly of many slabs, but combined they make for quite the building and it was really cool to see. My only wish would have been that they had some of the other lights that were embedded into the ground turned on, but it wasn’t the end of the world. 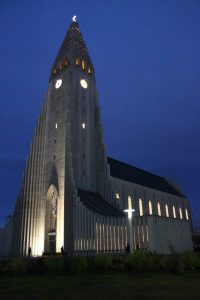 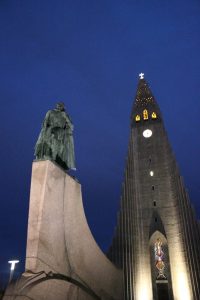 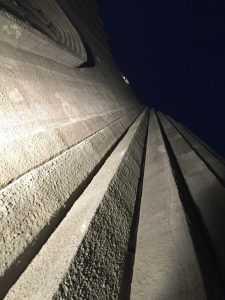 Despite having driven and walked past (and parked near) the Harpa building pretty much every day at least once or twice, it took us 5 days before we actually got up close to see how the lighting panels work and to see what it was like inside. If there had been any concerts happening we definitely would have gone to one, but nothing piqued our interest. Interestingly approximately 60% of Iceland visits the Harpa, and it is supposed to have amazing acoustic properties. 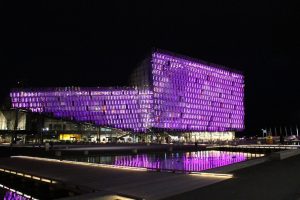 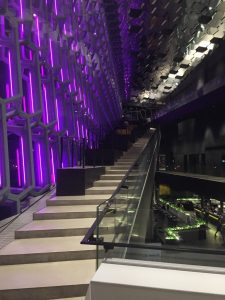 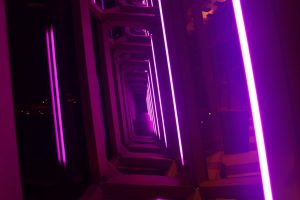 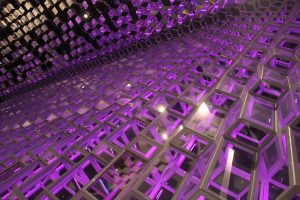 Looking for some eats to end of the day, we stopped in at Reykjavik Fish for some, you guessed it, fish. Ron had been hoping for some minke whale, so he gave the Atlantic Char a try while I got some cod fish and chips. The fish was high quality stuff, though I found the batter to be a bit underwhelming. 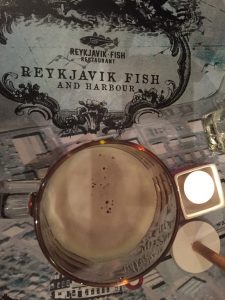 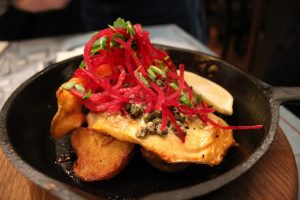 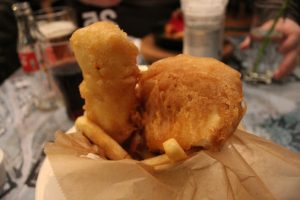 The following day, feeling refreshed we headed out west to Snæfellsjökull, a dormant volcano and the site of another of Iceland’s national parks. Along the way, we drove through I think the longest tunnel I’ve been in, which was 6 km long. As a man who loves tunnels, what a treat! 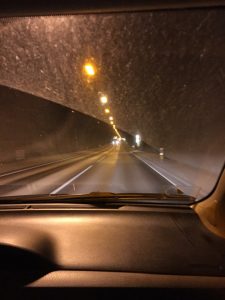 The unfortunate thing is that as the days went by, we found ourselves experiencing worse and worse weather. On this day in particular there was a lot of fog and rain, but we were pretty determined to get up the volcano and say that we had been on an actual volcano. Still, the road wasn’t particularly Yaris-friendly, and so we only made it about 2/3 of the way up the trail before deciding we really didn’t want to get stuck on a mountain in the middle of nowhere Iceland in a rental compact hatchback. 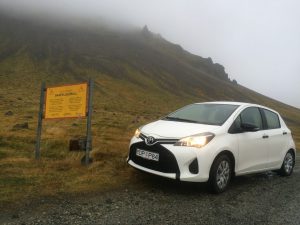 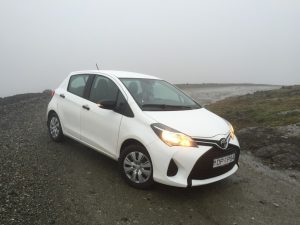 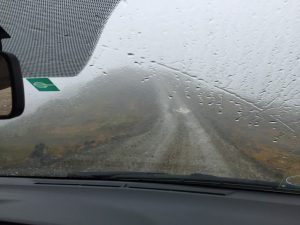 Continuing along the national park loop road, we stumbled upon Cave Vatnshellir, a 1700 year old lava cave formed when Snæfellsjökull last erupted. Spiral staircases lead into the completely black dark cave sections. Unlike other caves I’ve been inside this one was entirely underground and closed from the surface above. It was definitely a cool experience. 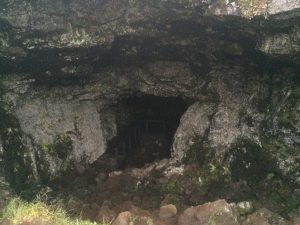 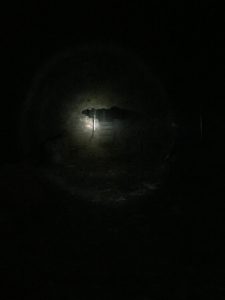 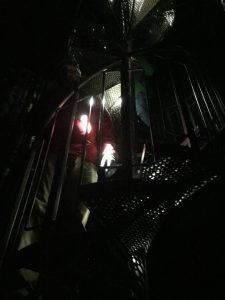 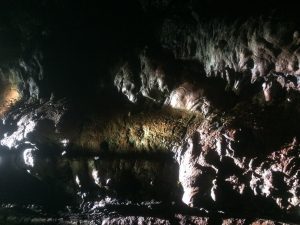 After the drive back, we stopped in at a steak house called Steikhúsið, which would turn out to be one of our favourite restaurants of the entire trip, and that’s saying something considering I don’t think I ate a bad meal the entire time we were in the country. We started off with some lightly grilled minke whale then had main courses of beef ribeye and tenderloin. Both were cooked absolutely perfectly as was the baked potato. It was a fantastic experience and I would recommend the place to anyone visiting for sure. 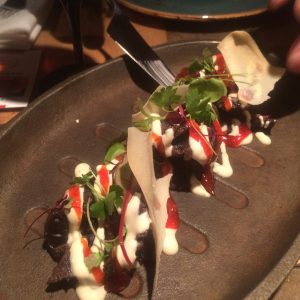 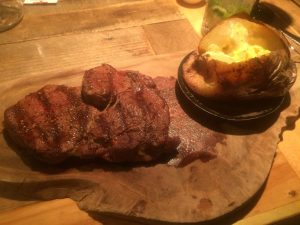 Day 8: We existed, not much happened beyond that aside from getting a pretty fantastic brunch from a place called the Laundromat Café followed by some relaxing and drinks at the hotel before bed. I had my classic drink (rye and 7Up with mint) and Ron had a B-52 – which always surprises me as to how drinkable something that is basically comprised 100% of hard liquor can be. 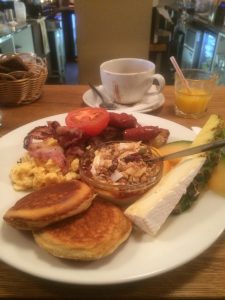 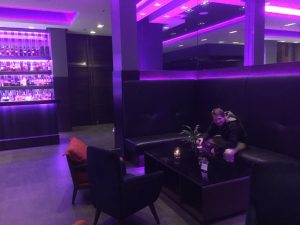