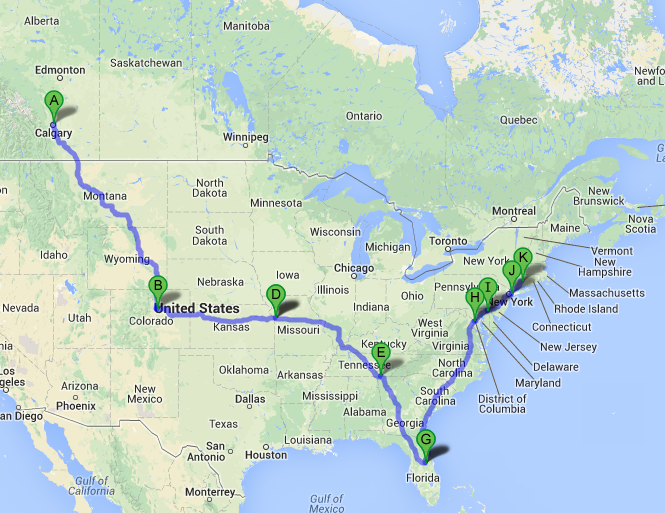 After uploading yesterday’s blog post and trying to sort through all of the pizza and cheesecake places in New York (it’s pretty overwhelming, especially when you’ve only got one day), we checked out and took the hotel shuttle over to JFK airport, then took the AirTrain over to a subway station and jumped on the E-Train into Manhattan. Our first stop was to Lombardi’s Pizza, which uses a coal-fired oven to make their pizza and apparently was the first pizzeria in the US. It’s not always on the top of New York City pizza lists, but usually gets an honourable mention even if it’s not in the list. Unlike New York cheesecake, which is a pretty defined methodology, there are all sorts of pizza in New York, so the “top 25 pizza places in NY” lists are often vastly different due to people’s different preferences for types of pizza. I decided I wanted the atmosphere and the food, so decided to check out where it all began. 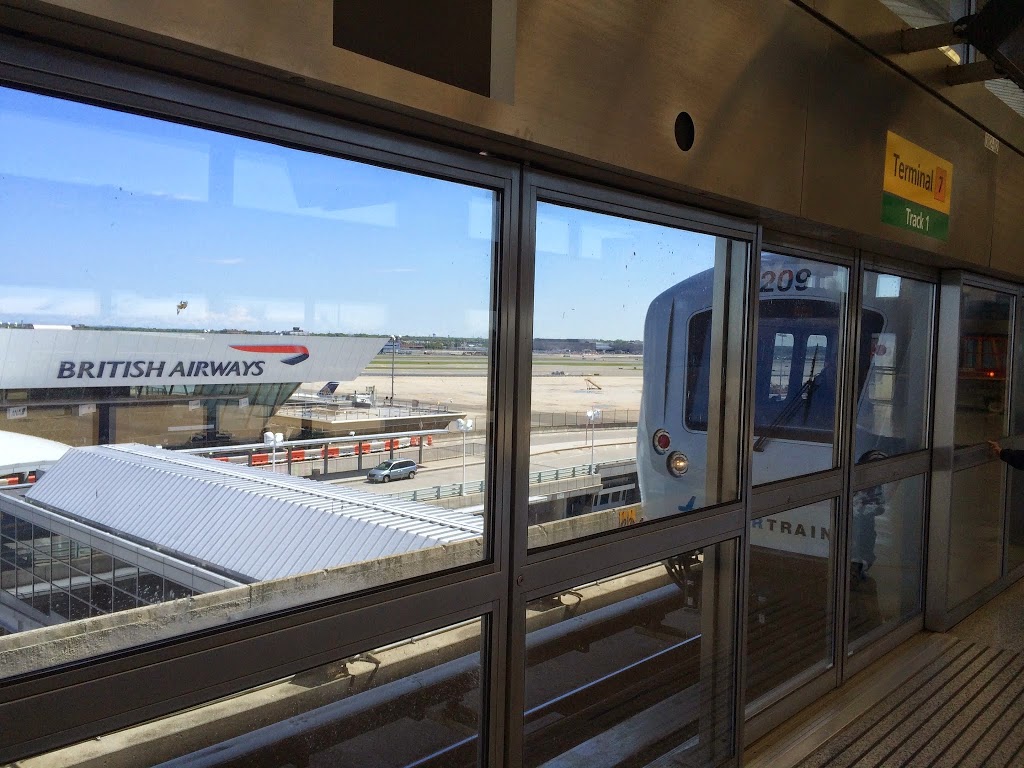 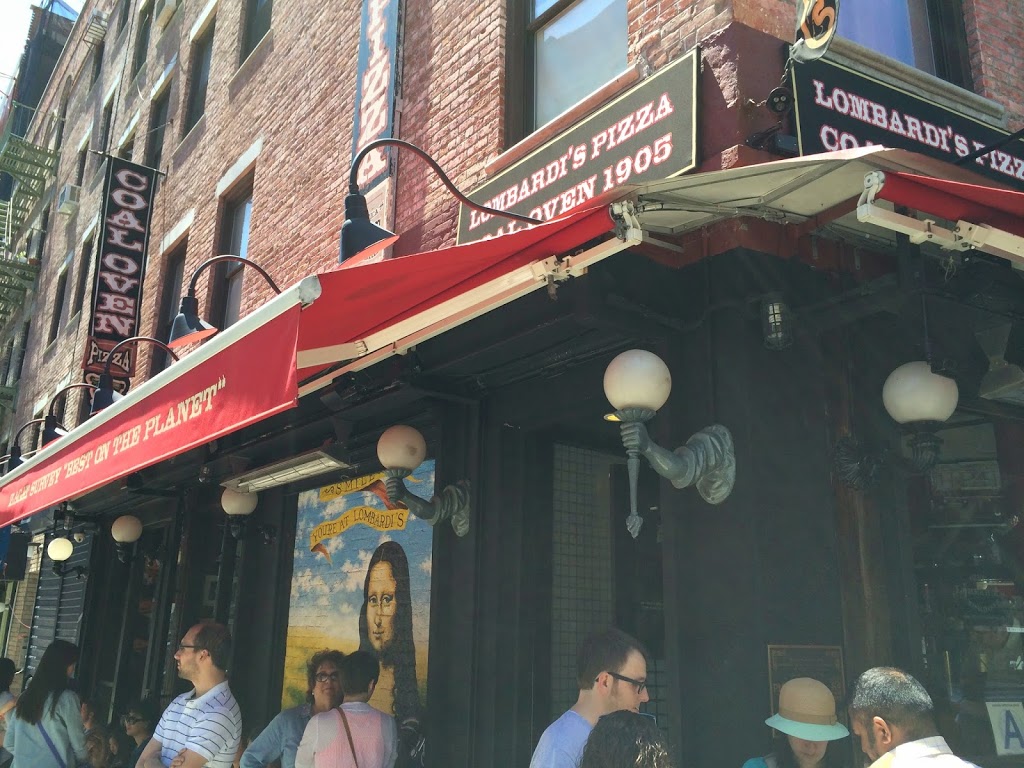 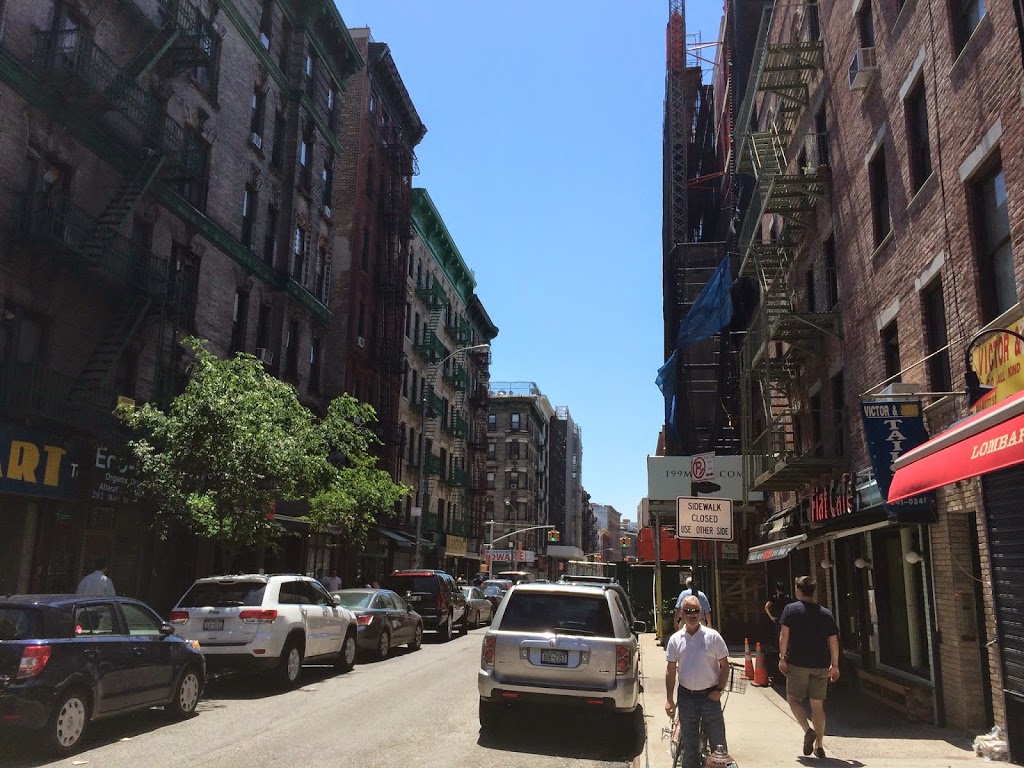 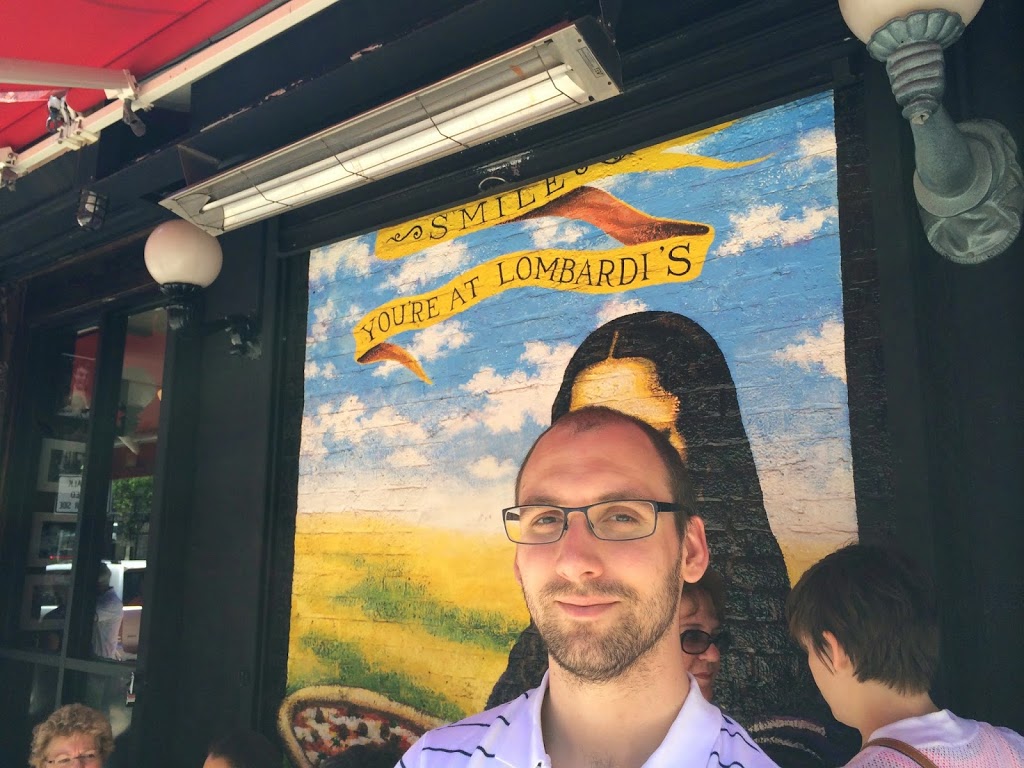 We ordered what I would consider the classic pizza, which is the Original Margherita with pepperoni. We both found all of the individual items on the pizza to be fantastic. The crust was crispy and light, delicious all the way to the end of the piece, even without sauce (their other two offerings don’t even use sauce). The tomato sauce was fresh and delicious, very nicely seasoned. The cheese was a high quality mozzarella and baked very well. Still, as an overall package it kind of left both of us wanting for a bit more. I wish I could have had the time and stomach space to try at least a few other versions of this style and a few other styles in New York, but that’s for another trip. I also tried their raspberry Italian soda. It was very nice, but the whipping cream on top was not much more than a garnish, it didn’t really add to the soda, though it did look nice. 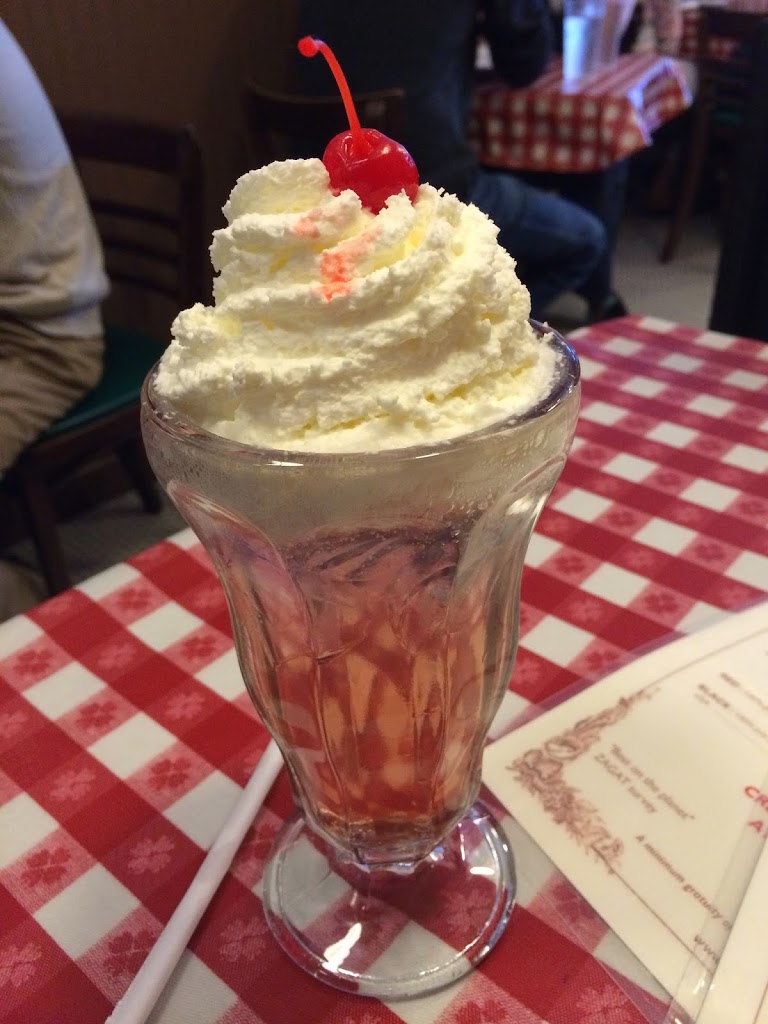 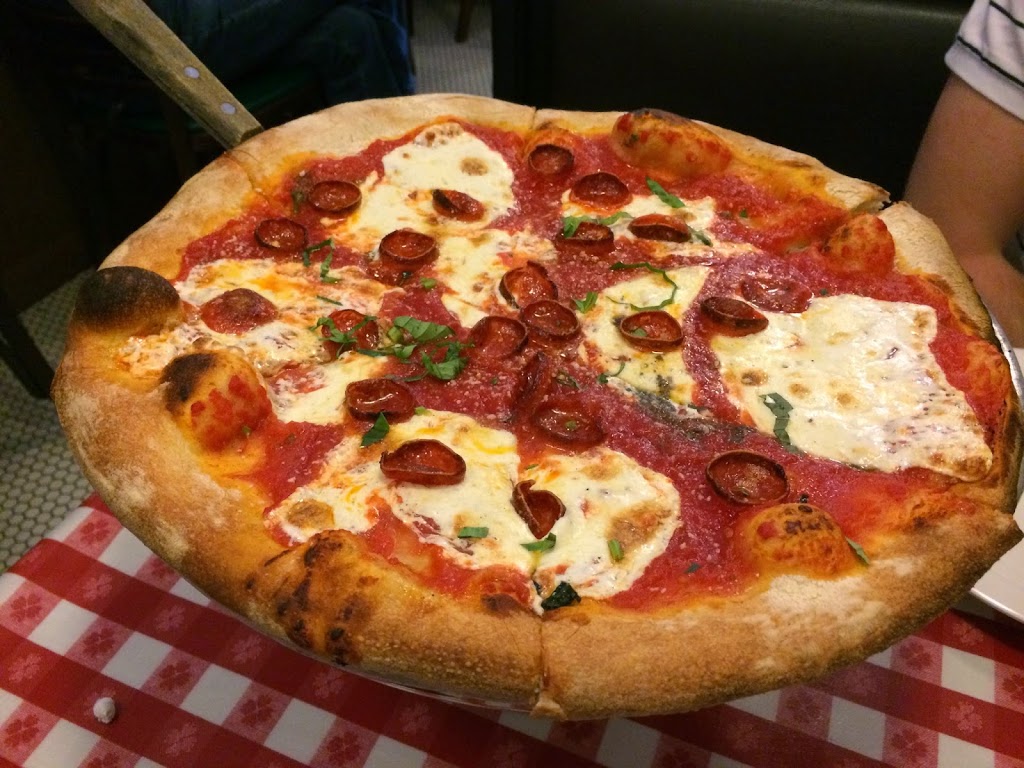 After lunch we headed over to Eileen’s Special Cheesecake for some of the best New York cheesecake I’ve ever eaten. I tried to convince John that we should buy an entire cake (the small size, so not ridiculously crazy), but he wanted to be reasonable and insisted on getting an individually sized cake. After finishing our individual cakes we ordered a full cake (reasonability out the window after tasting this cake) and ate most of it too. We took the rest to go. 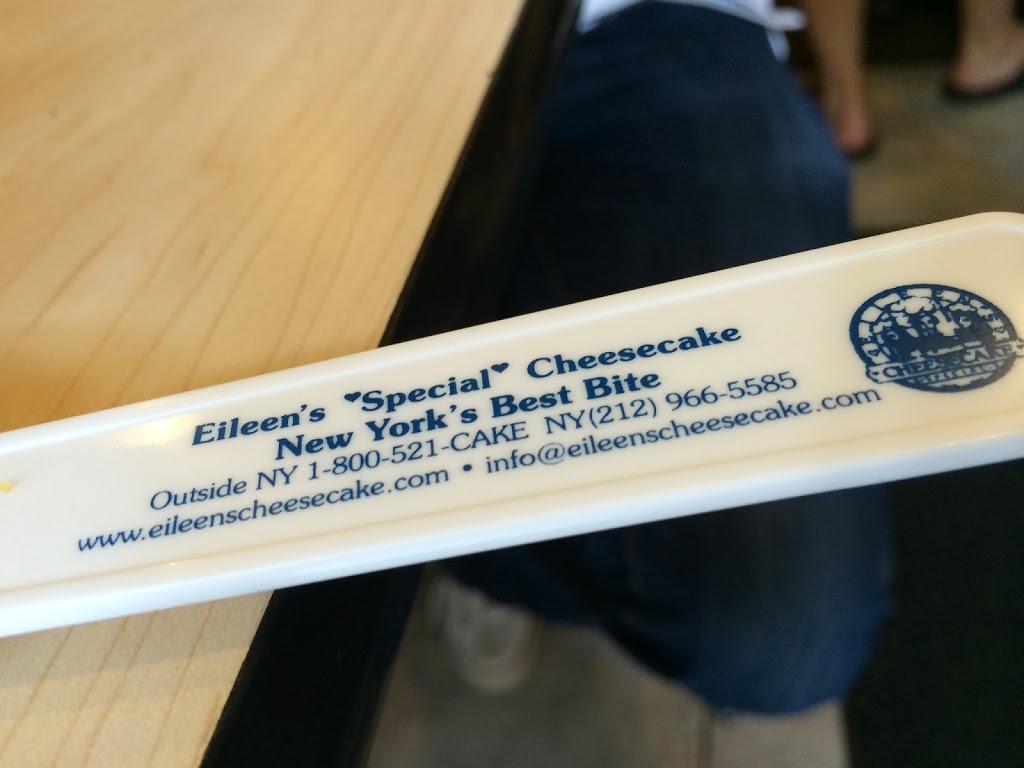 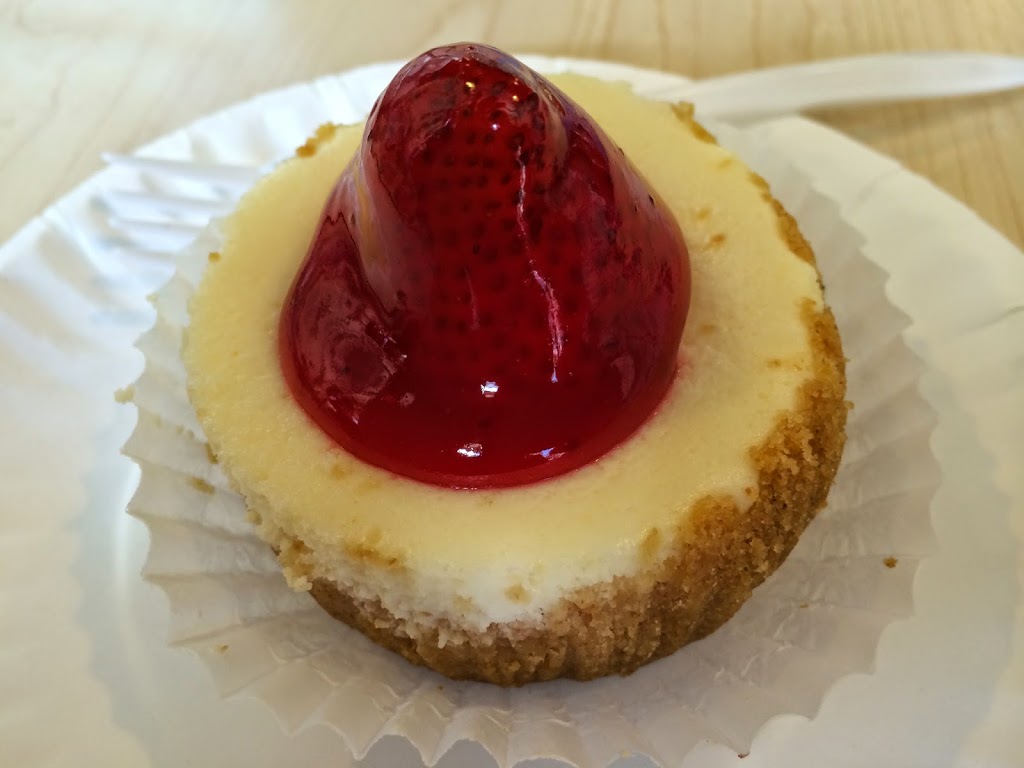 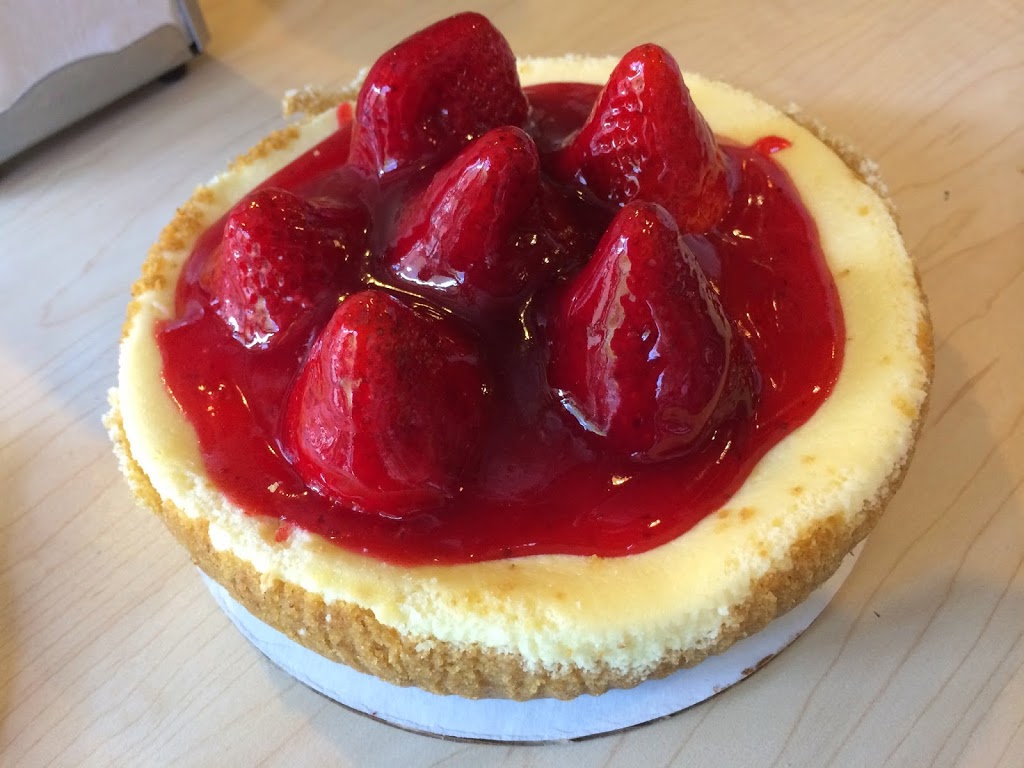 After eating all that cake we decided to explore a bit and took the train up to Central Park. Central Park is huge and awesome. It feels like a nice break from the craziness of the city until you are there for a few minutes and you realize it’s just a different kind of craziness. We spent a while walking through some of the paths and eventually found ourselves on the other side. 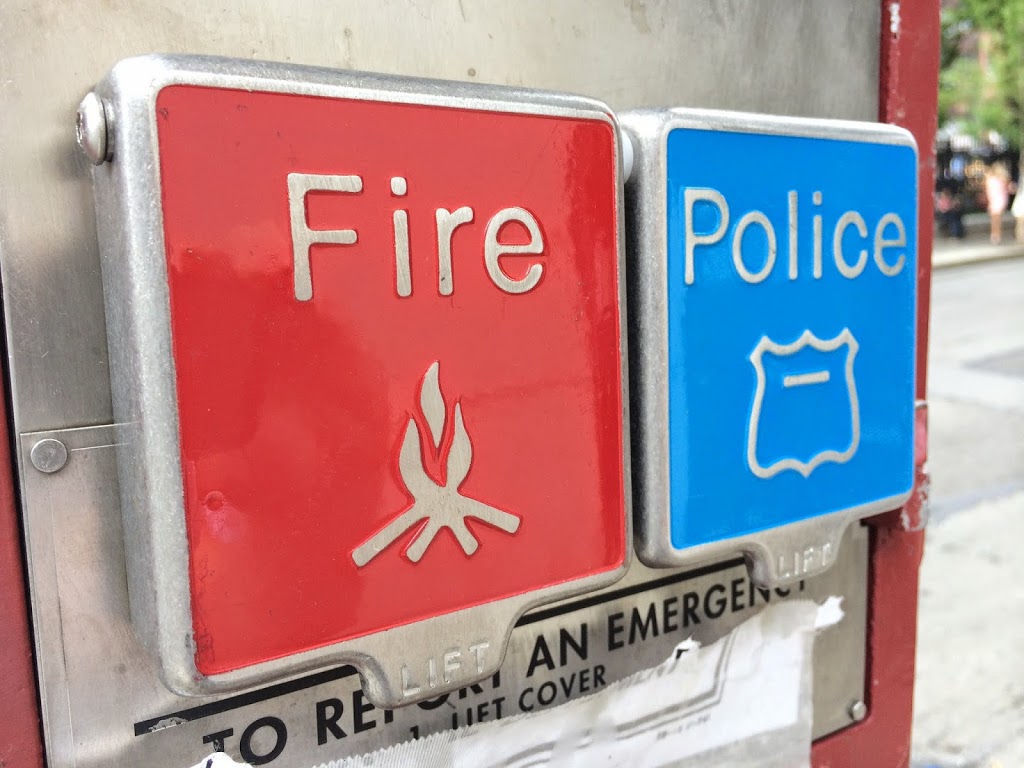 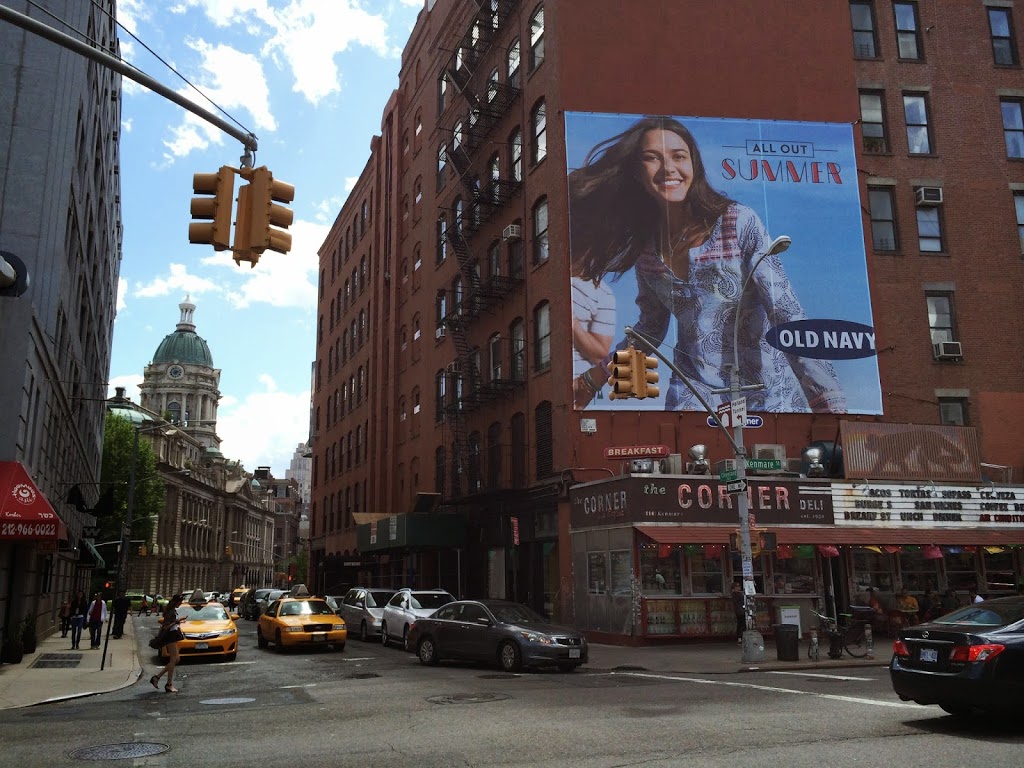 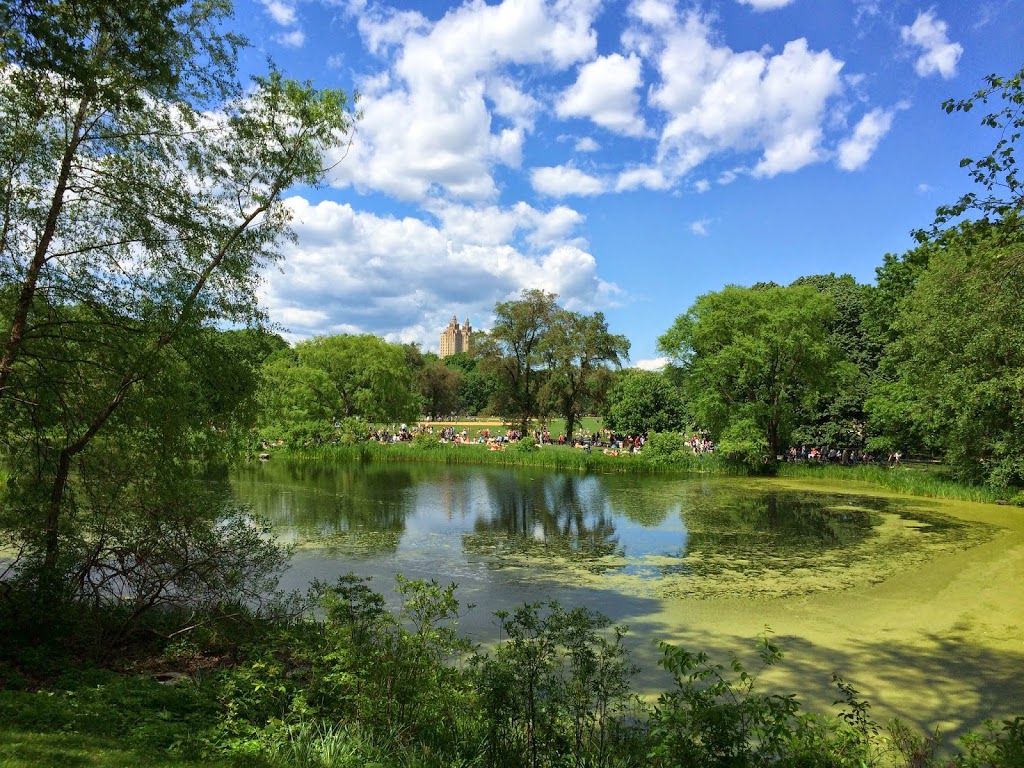 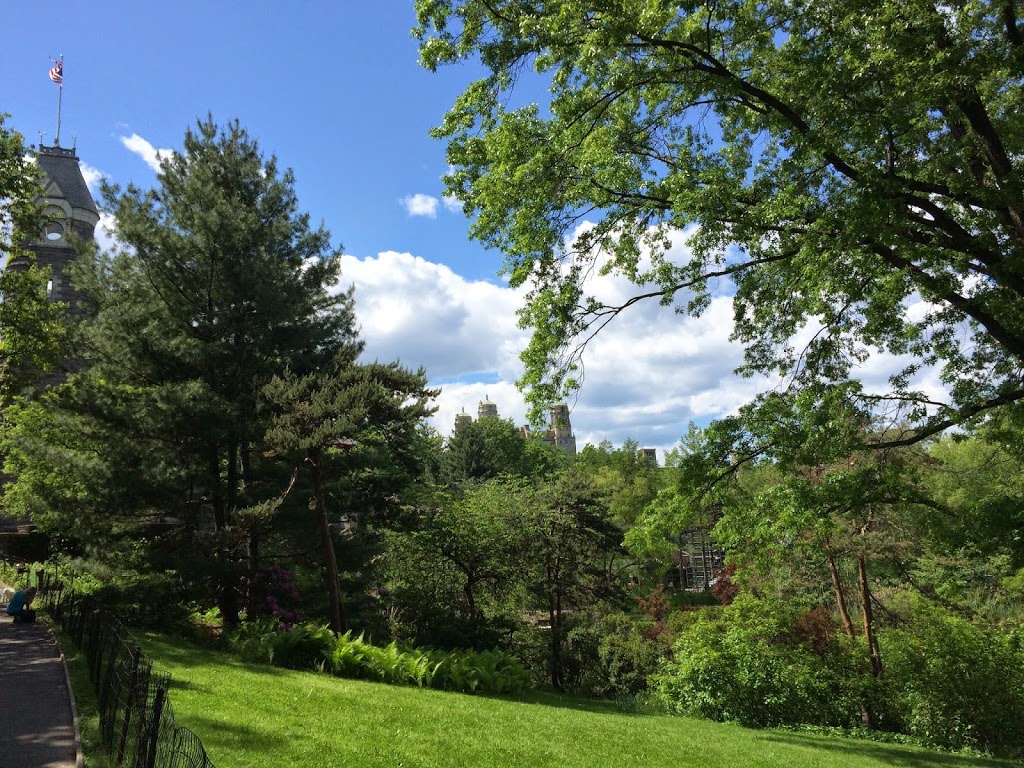 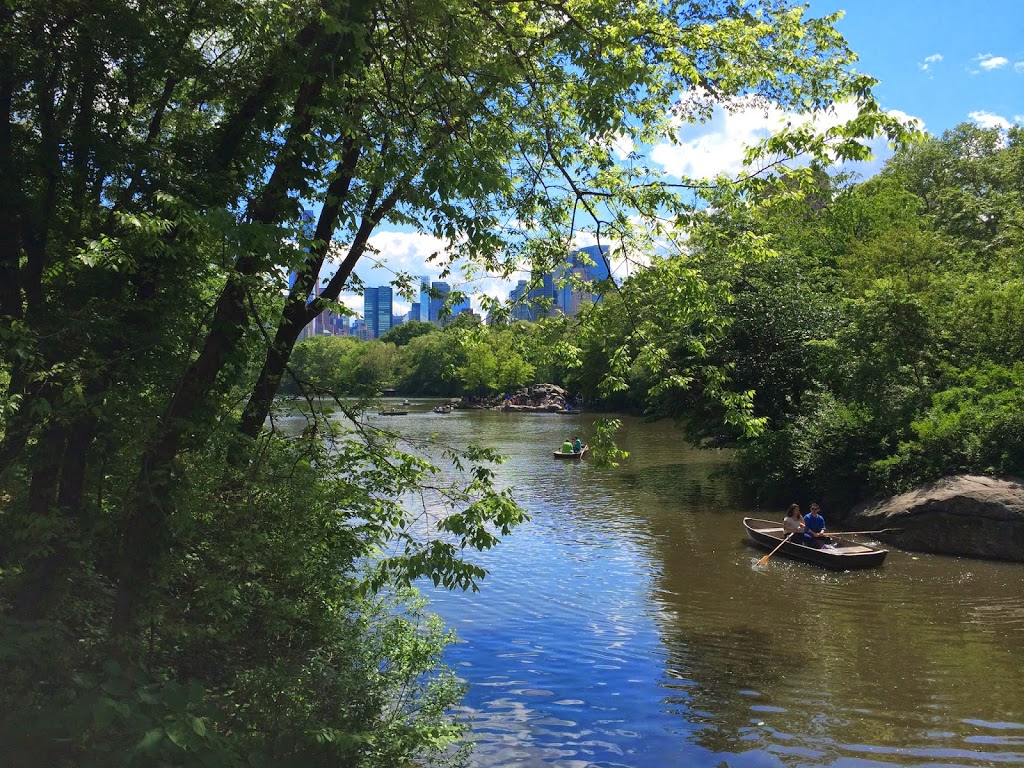 One of our favourite things about the cars (aside from them hitting each other and general craziness), is the New York-spec bumper add-ons they use. There are various types, mostly on the rear bumpers, but some stuff on the front too, including extra add-ons around the license plate and stuff like that as well. It’s pretty much a given that if you have a car here, the bumpers will be used for bumping. No question, your car will get hit by another car, and multiple times, probably daily. 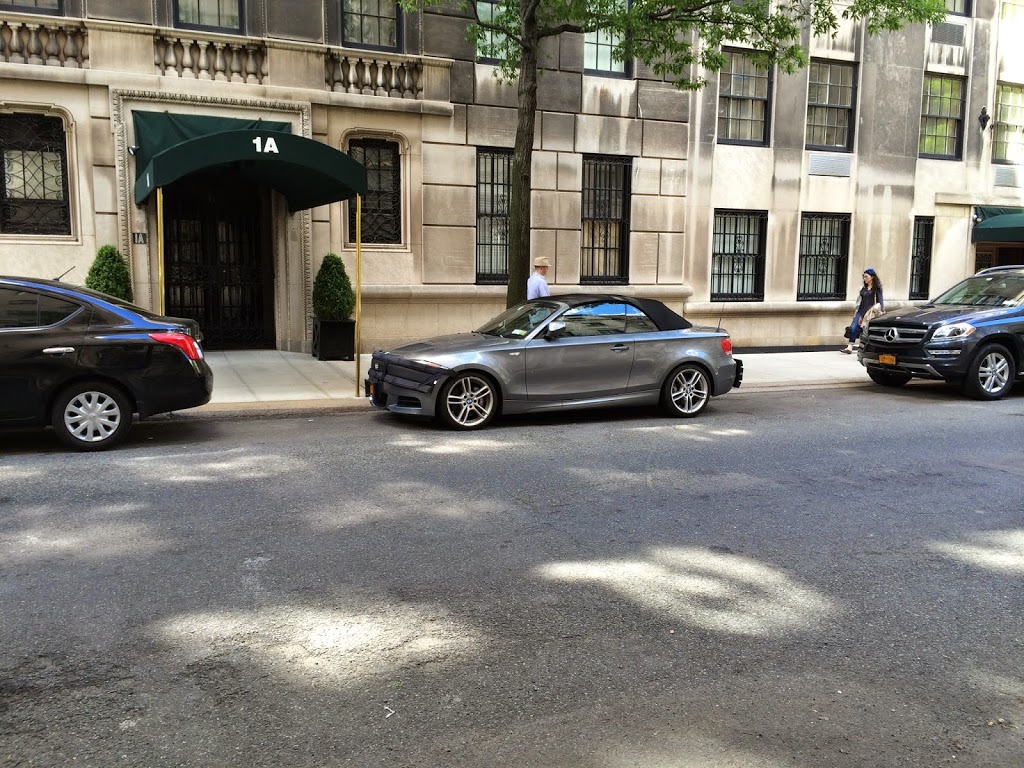 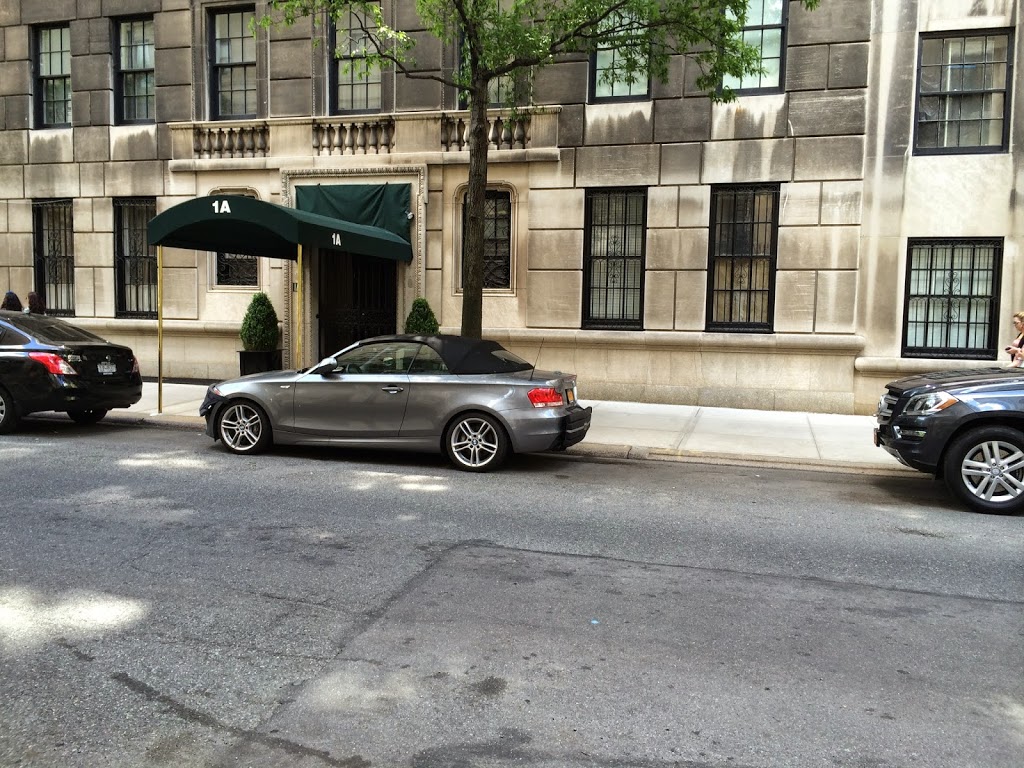 I felt like the entire experience in New York City was like being on a big TV set. It was like Universal Studios, but you could just go anywhere. So many cop shows and other stuff set in New York. I kept running through movie scene scenarios in my head about what would be happening right now and who we’d be talking to in order to find our perp. John was semi-amused. Naturally I had to grab a hot dog by Central Park, although I really should have grabbed one for my partner, my treat of course. My partner wasn’t on board, so I just got one for myself. I also got a Snapple, because Seinfeld. 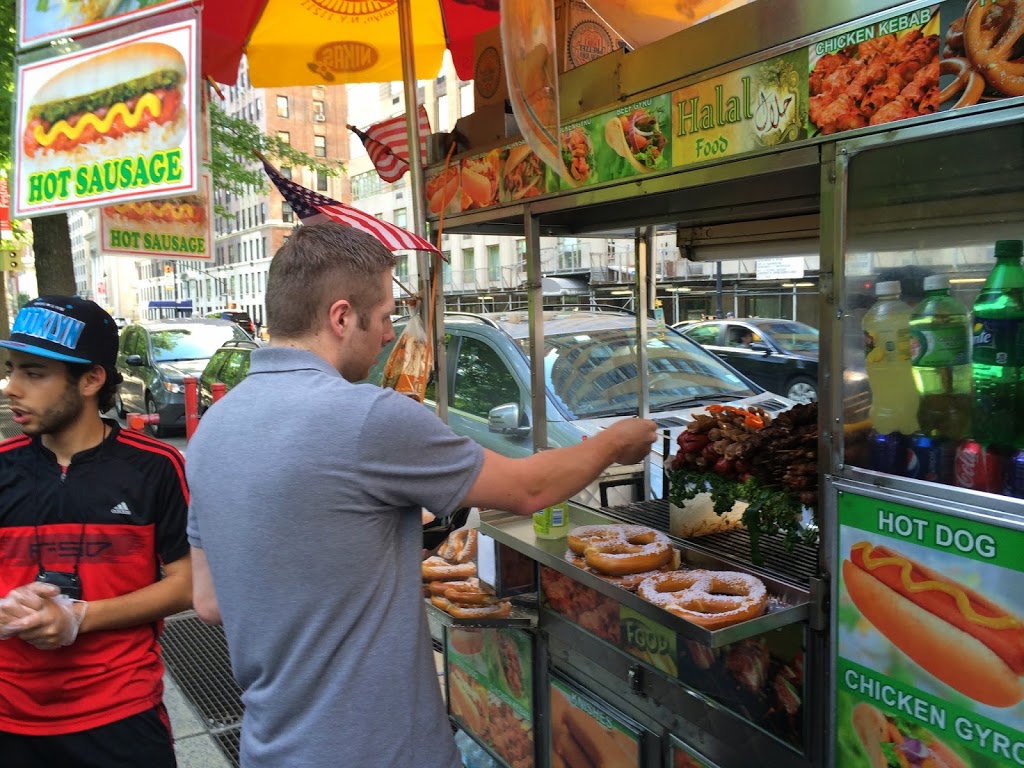 I had considered heading up to another place for Cheesecake and even the possibility of getting some more pizza after we got back to the hotel, but we were both feeling fat and sassy, plus we were still carrying around a box with cheesecake in it, so we decided to grab the A-train back to Queens and grabbed the shuttle back to the hotel. 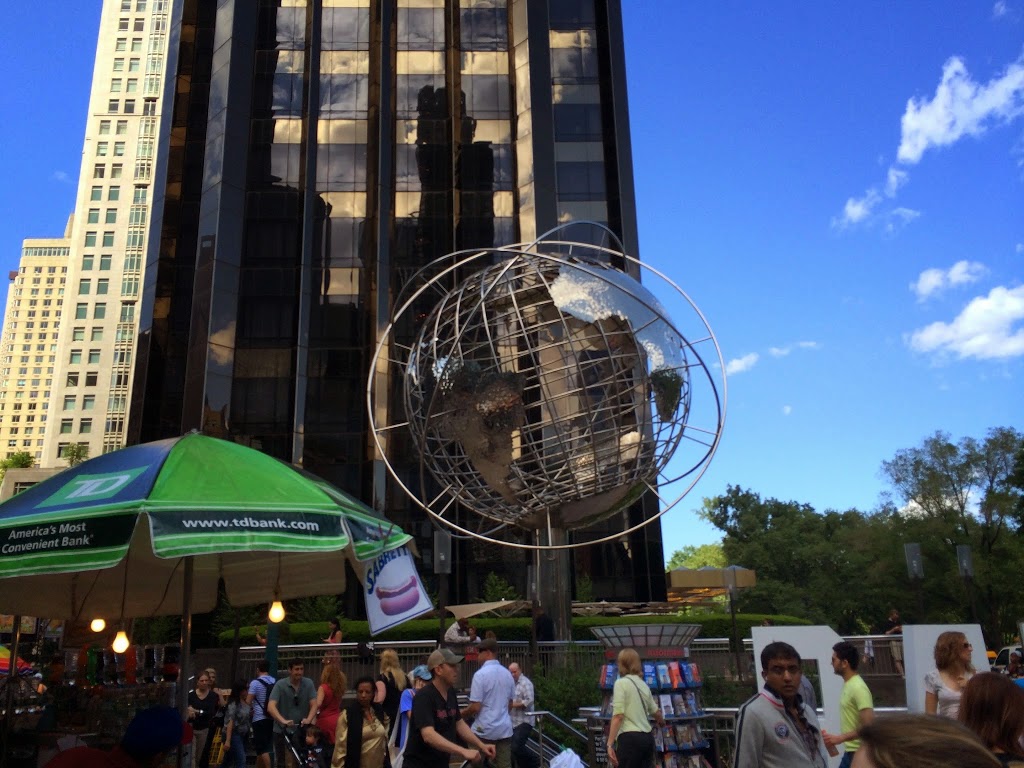 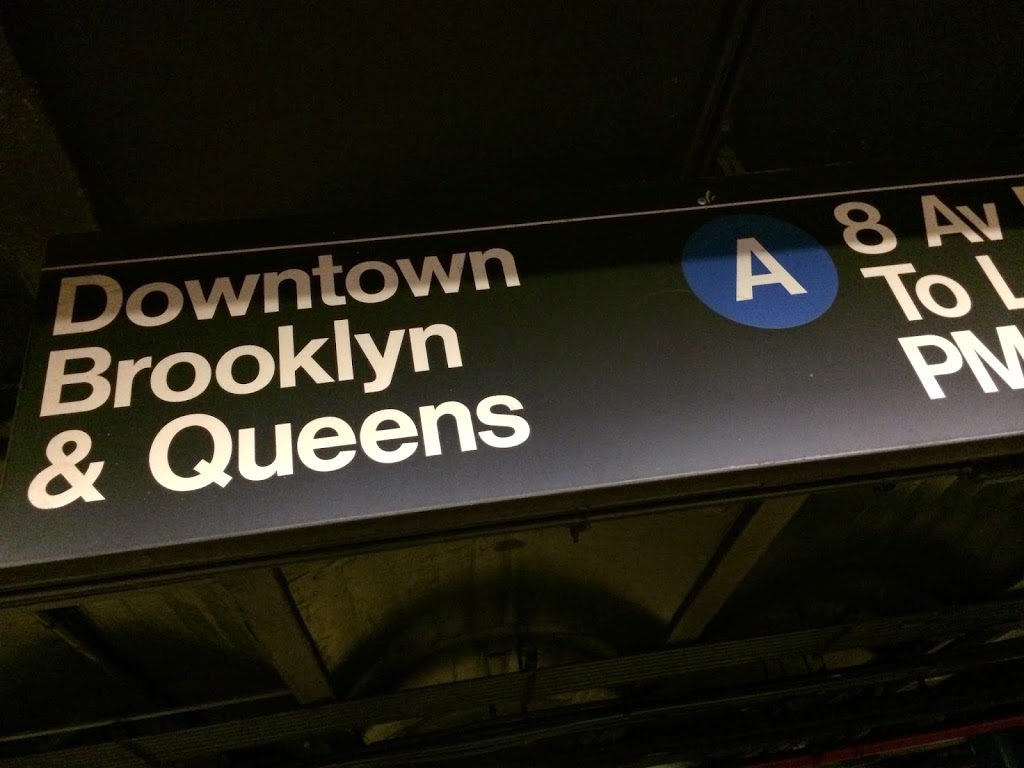 After leaving the hotel we head north out of the city (thank goodness, I really enjoyed it, but it was exhausting). After paying about $20 more in tolls we ended up finding a TA Travel Center in Southington, CT that was just fantastic. TA is always pretty nice, but this was on another level and on top of that, it was right next to a theatre and a bunch of other awesomeness. We finished off the cheesecake and then we checked out some showtimes at the theatre but didn’t find anything to our liking so we headed back to the van instead and watched a few episodes before heading to bed. Oh yeah, and I ate a couple of pieces of Popeye’s chicken from the truck stop. It’s a really good truck stop, and the chicken was awesome. Better than Kentucky. Also they had a pool table. 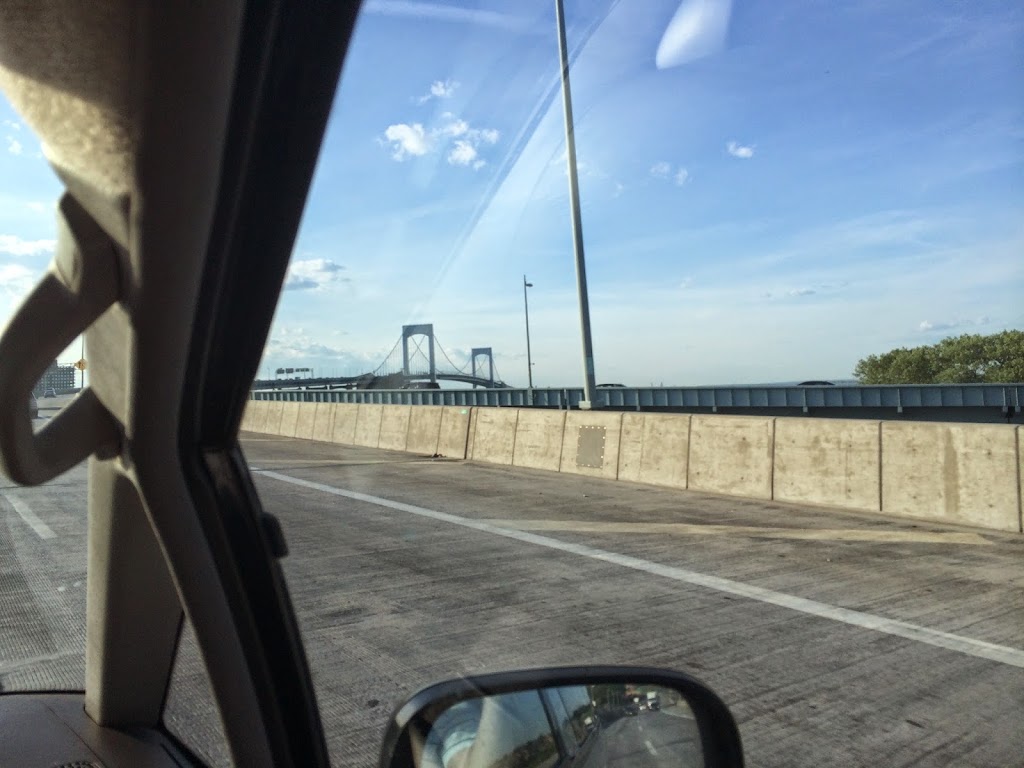 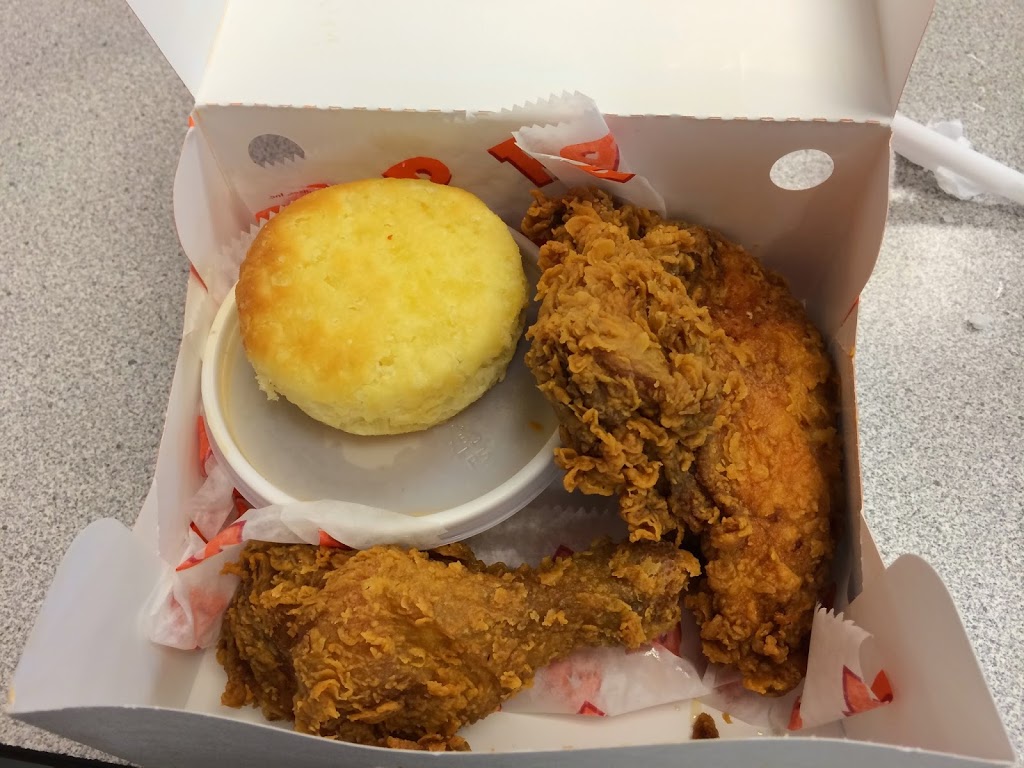 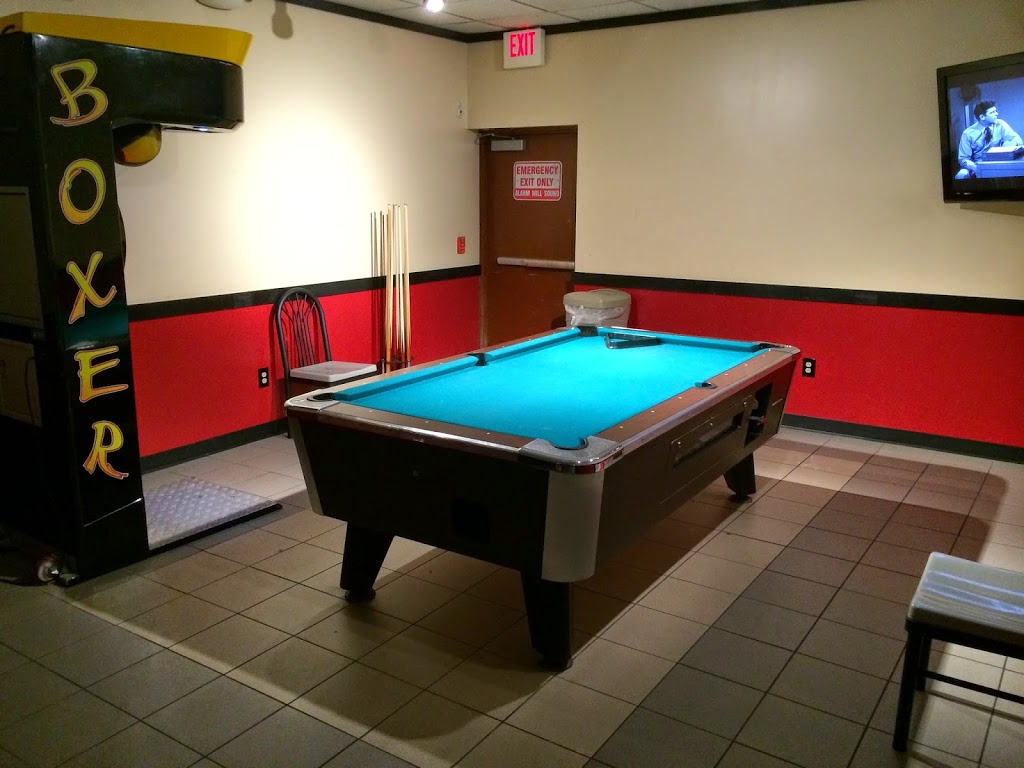 Day 12 Destination: Montreal, QC
PS: We didn’t eat any bagels in NYC, because Montreal is tomorrow. Same goes for deli sandwiches, I kind of wanted to get one, but we’ll be heading to Schwartz’s in Montreal at least a couple of times.