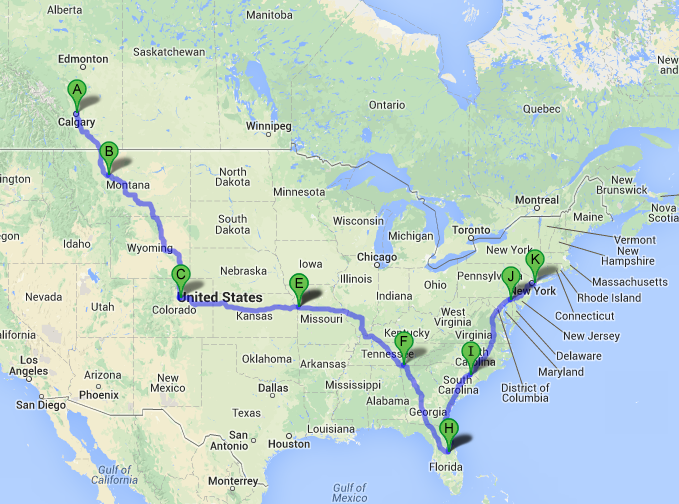 The Pilot truck stop we got to last night is a dive of a truck stop, so after dusting ourselves off we packed up the van and moved forward an exit to check out the Flying J (5 miles seemed like a lot of miles at 2:15am). While taking the exit we saw there was a Dunkin’ Donuts just up the road, so we decided to check it out as neither of us have ever had any donuts from Dunkin’ before. John got a sour cream and a glazed donut to compare to Tim Horton’s and I got a green frosted donut and a jelly. They were pretty decent, but we determined them to be lacking compared to Tim Horton’s (we were trying to be fair and only compare major chain to major chain – Tim Horton’s is often lacking as well). I got a chocolate milk, which is full-fat down here (as opposed to 1% usually in Canada), and so packed a whopping 470kCal into a single serving. Impressive, America. 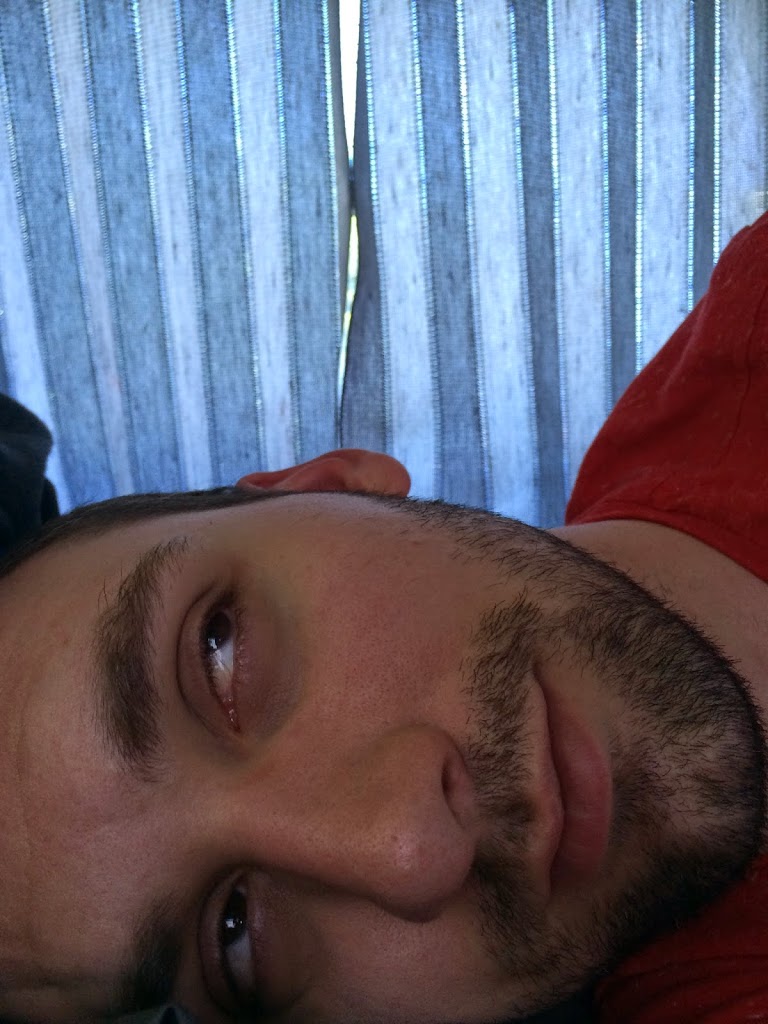 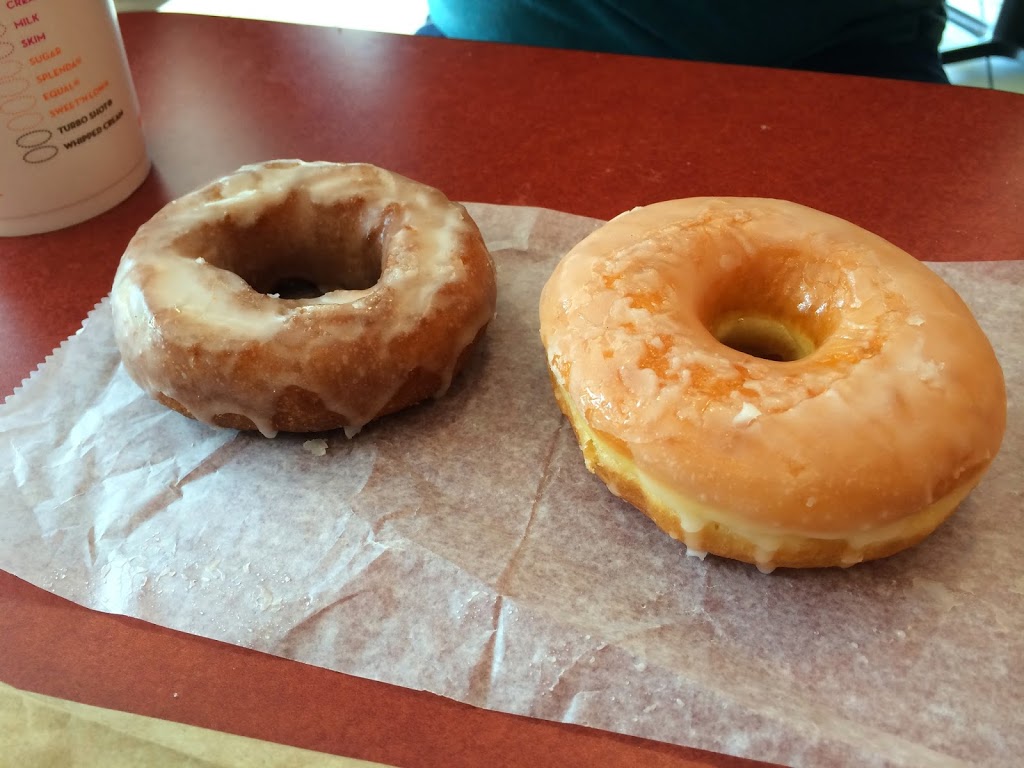 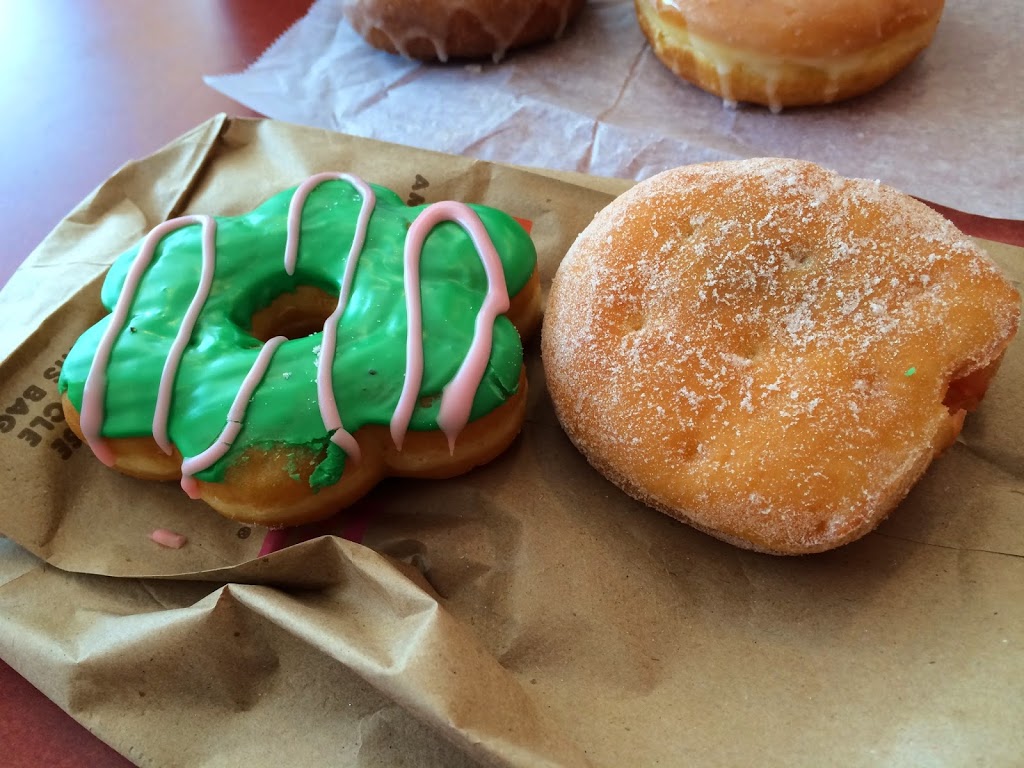 After breakfast we stopped in at an Advanced Auto to see if they had a multimeter and some sort of universal cigarette lighter to fix ours which stopped working yesterday. They had neither (auto parts stores down here have been noticeably lackluster thus far), so we walked over to the Walmart and checked there instead, they had both and for a reasonable amount of money. I also picked up some extra socks, since it appears I packed some duds and a couple singles. I was in a rush when packing socks apparently. After pulling the Previa apart and checking things, it appeared it was the socket itself that died on us, as there is a protection circuit built into it that melted. The new socket we bought could have been used to replace it, but I would have to modify the dash wiring to connect to it and it didn’t even have a protection circuit either, so I decided to take the original socket apart and bypass the protection circuit instead. If our clock stops working we’ll know the fuse blew instead (that’s what it’s there for, right?!). Hopefully the dash doesn’t light on fire, but I doubt it will, we’re not using anything crazy in there, we just need to charge things. 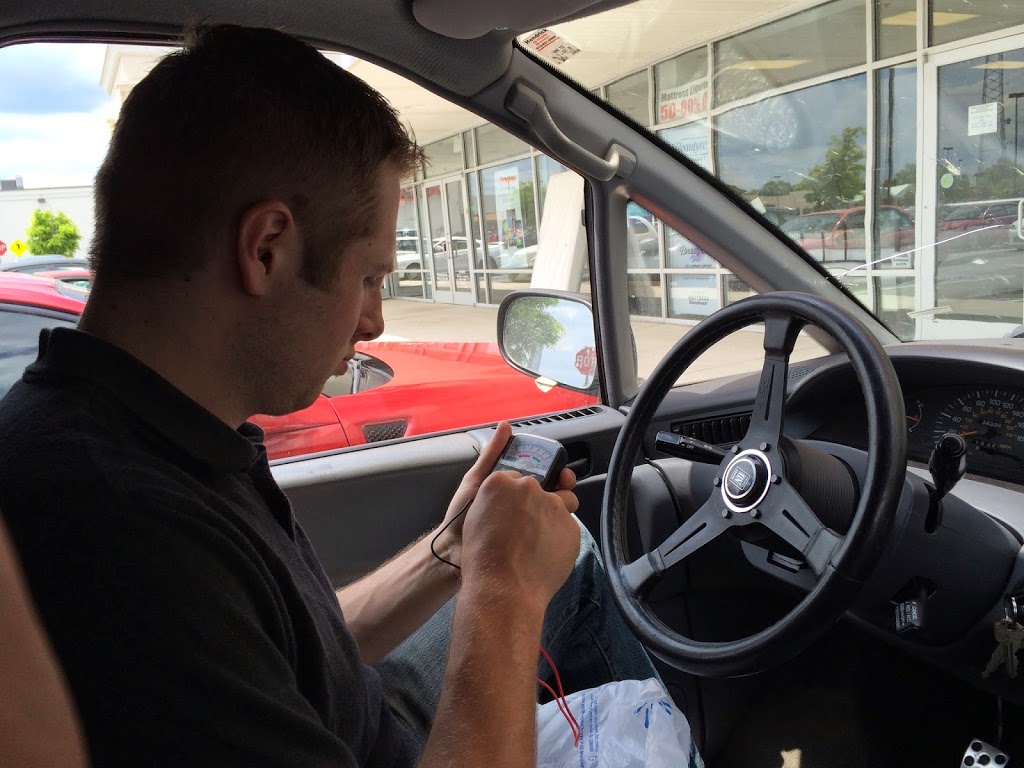 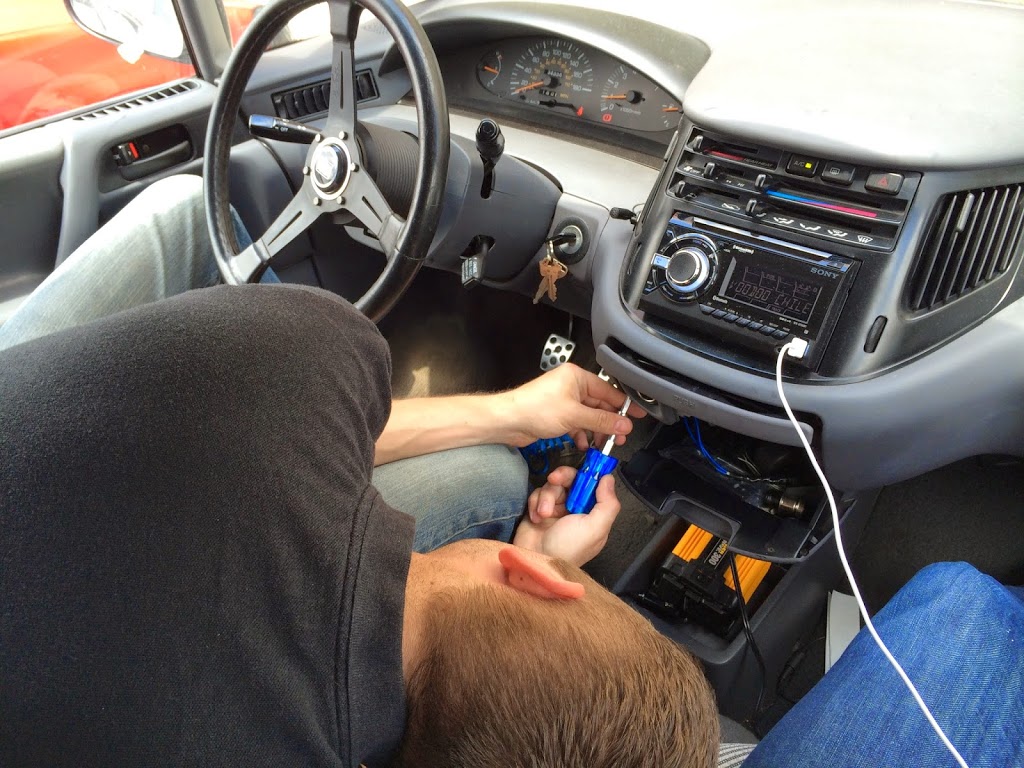 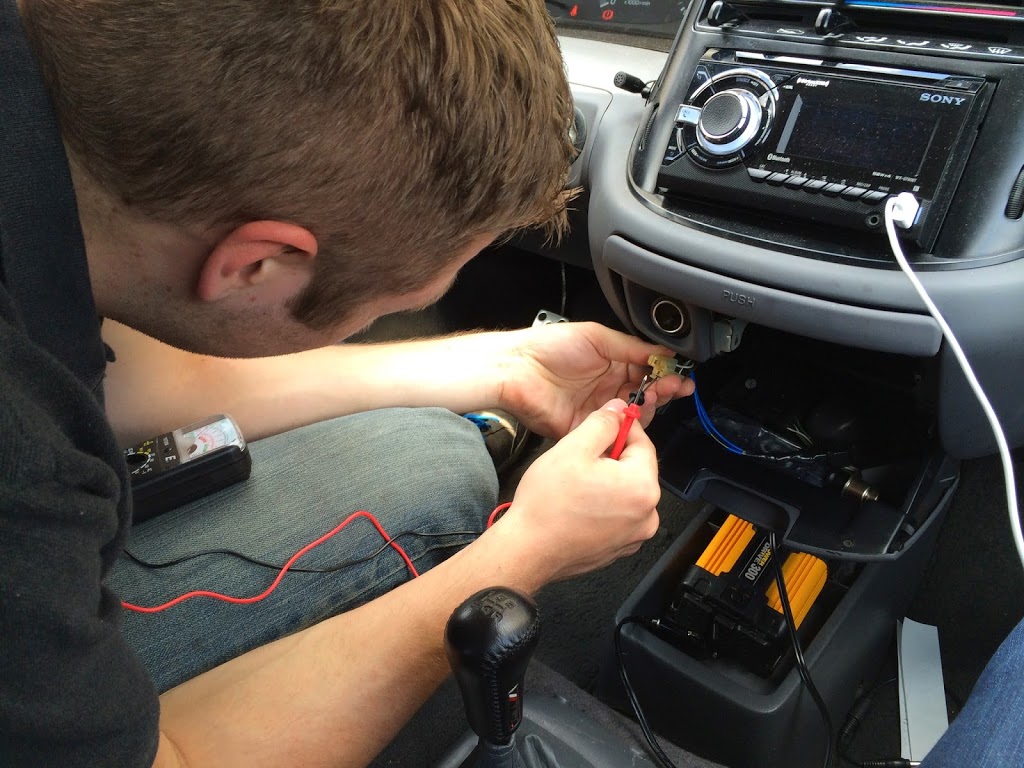 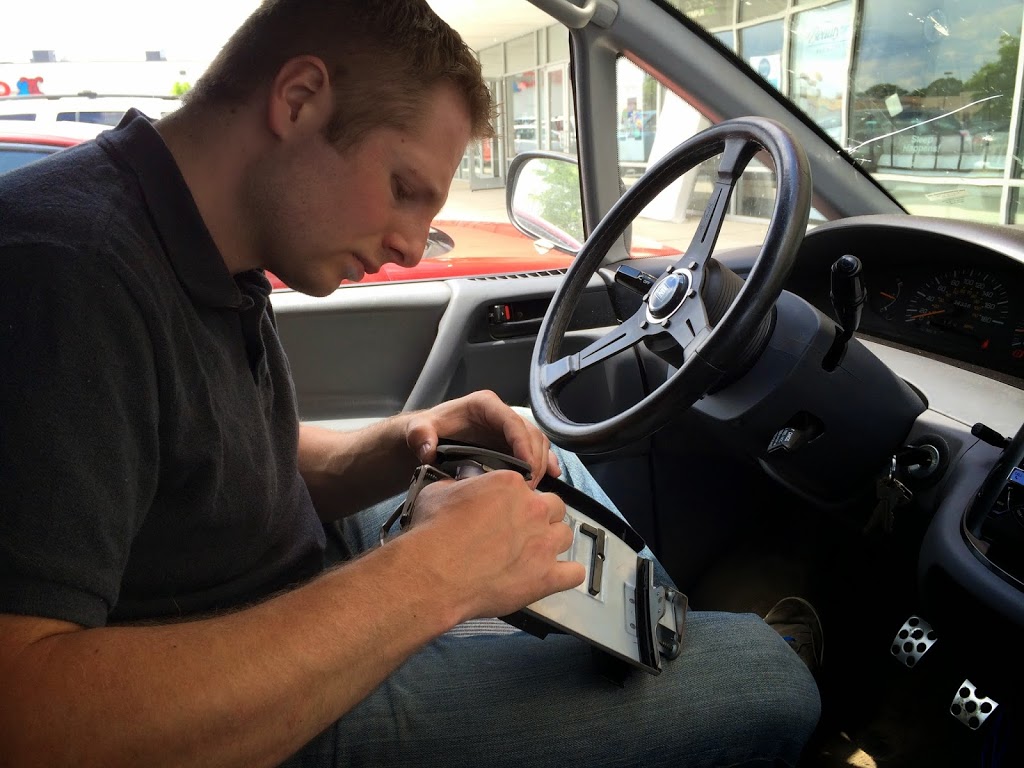 Next I took the cup holder apart and to see what was up with it. It looks like a small piece of plastic snapped inside the latch that holds it in. There would be no way to fix that little piece, so I disabled the additional helper springs that push the cup holder out and left it just up to the latching mechanism to push it out. It doesn’t come out quite as far, but it is otherwise fully functional now. We then returned the cigarette lighter we bought back to Walmart and were on our way. 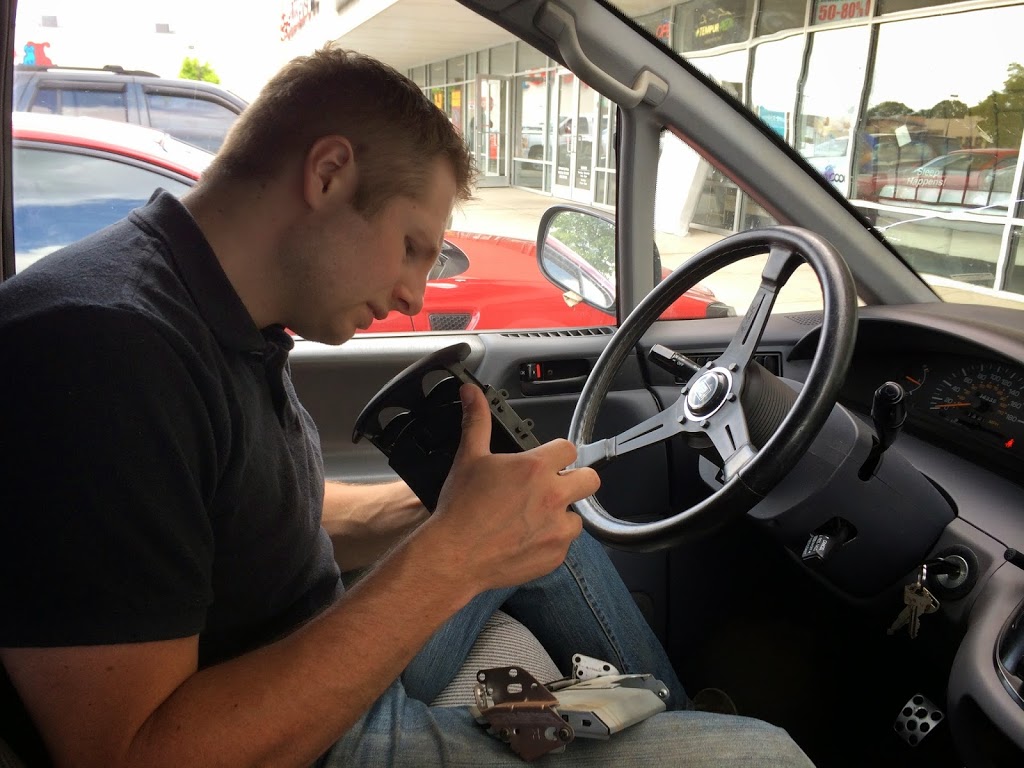 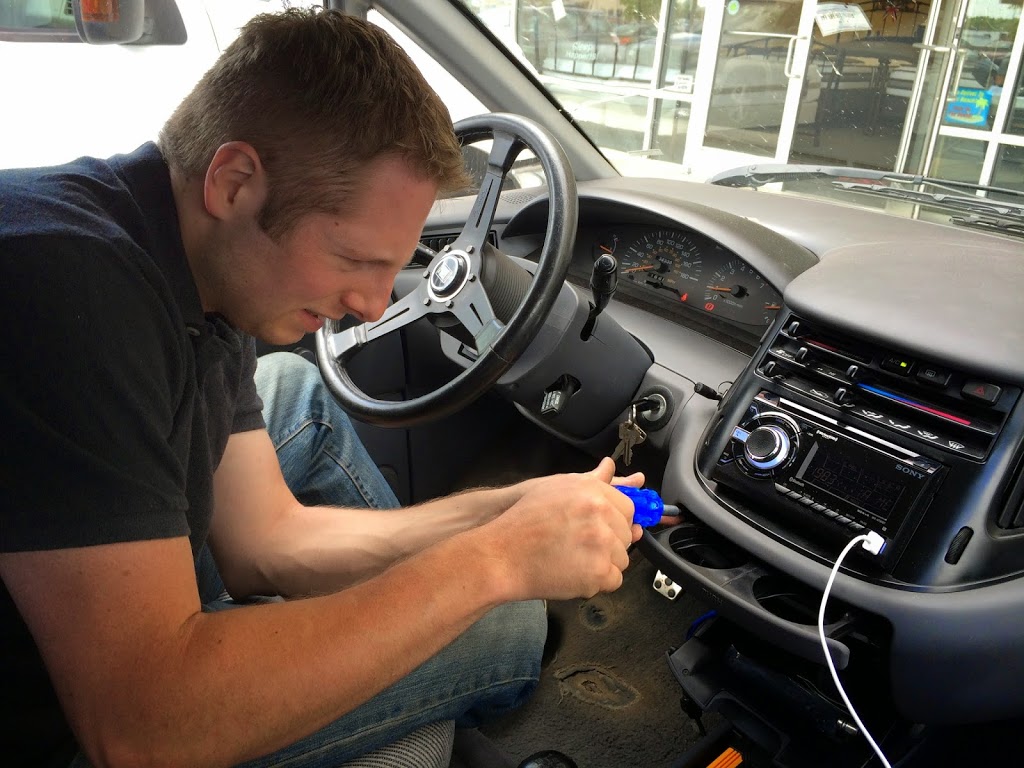 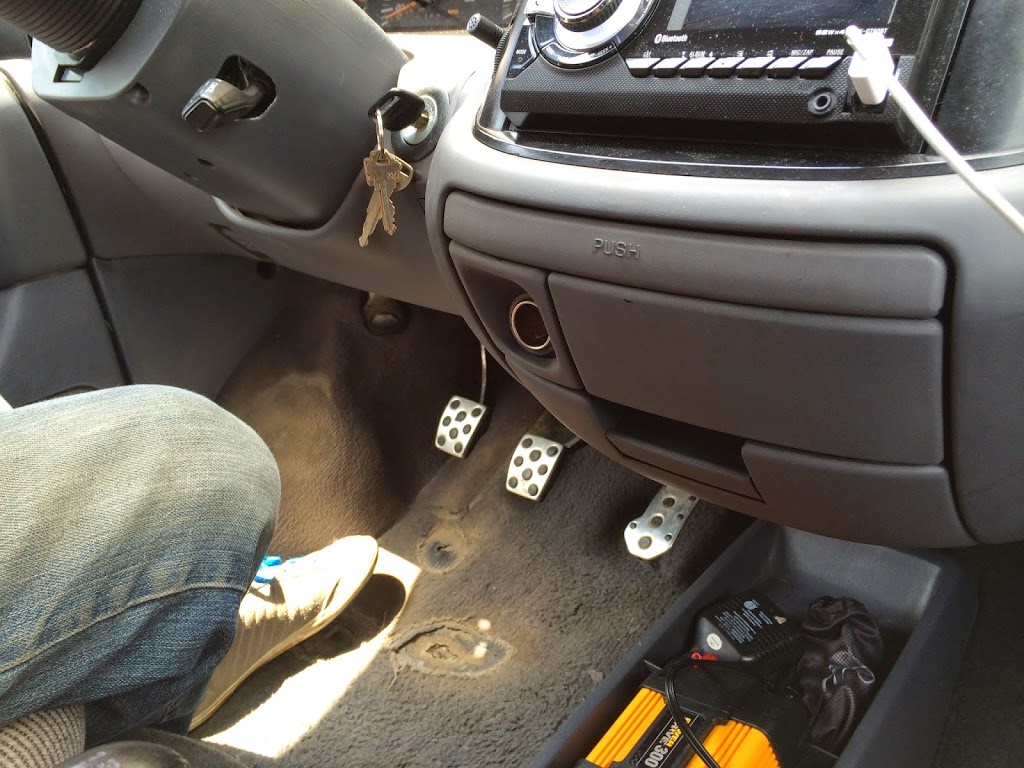 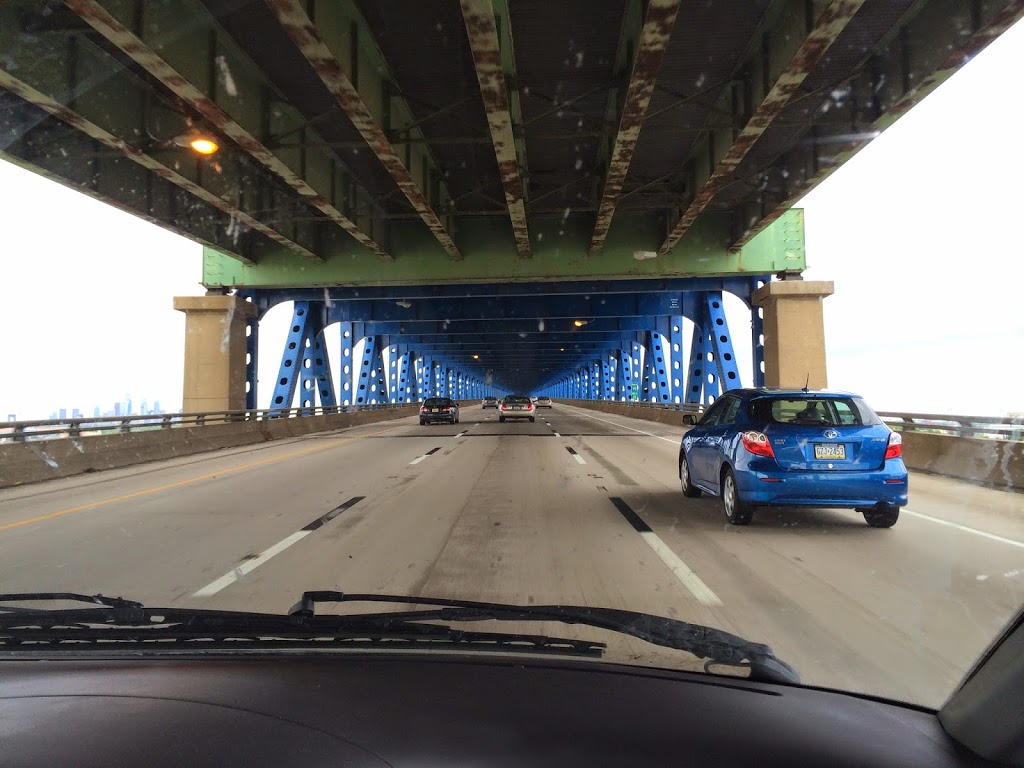 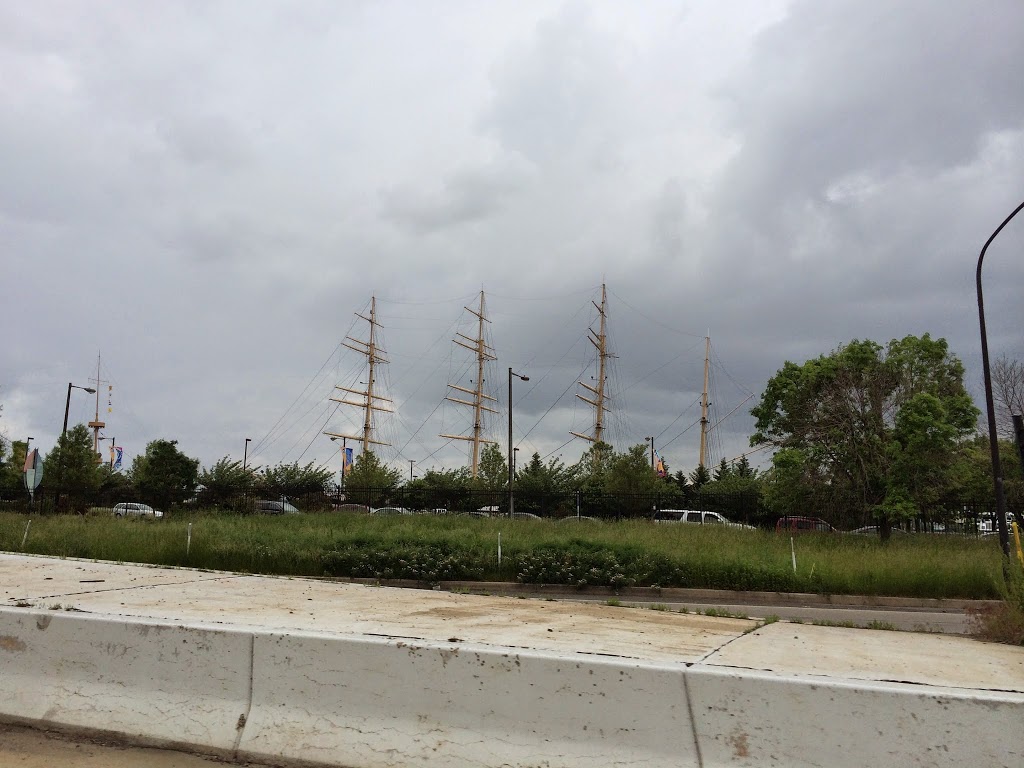 After paying our millionth toll, (seriously, to get from DC to New York is like $60 in toll charges, sometimes as much as $13 per toll), we stopped at a rest stop along the turn pike. You can’t really get to the stop without having a vehicle and paying the toll, so it was pretty legit. We needed to figure out where we were going and what we were doing. Space is at a premium anywhere around New York, as such we realized that finding a truck stop with a huge parking lot wouldn’t happen. We’re not in Kansas anymore. We grabbed a bit of food from the rest stop and booked a hotel near JFK airport. 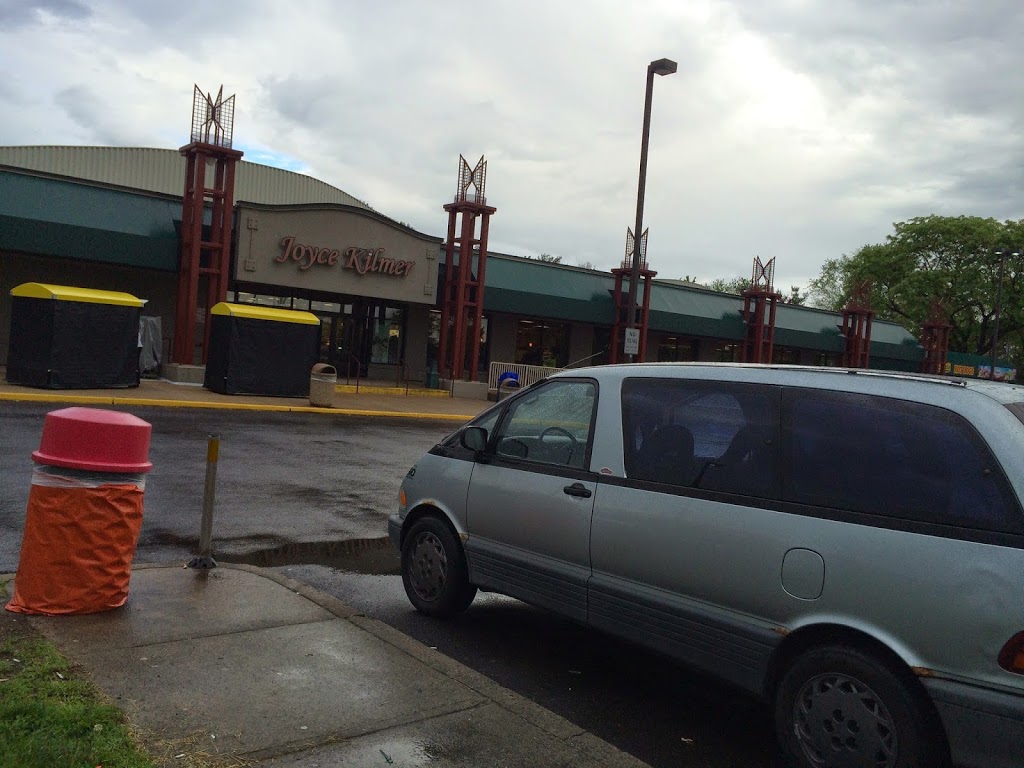 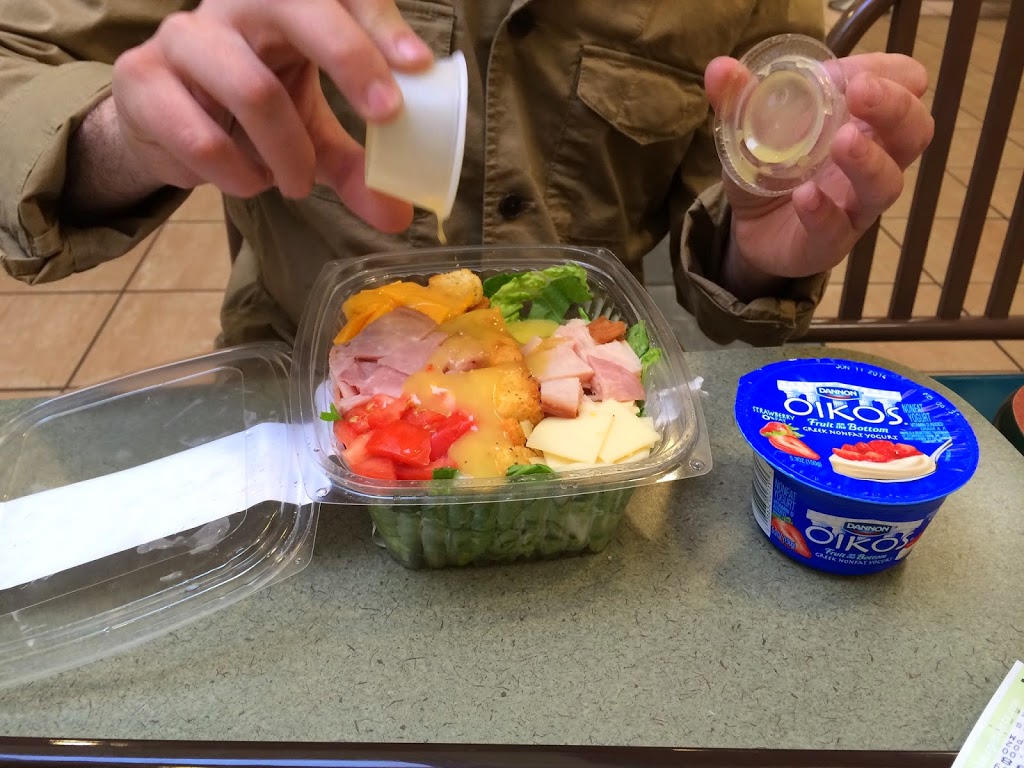 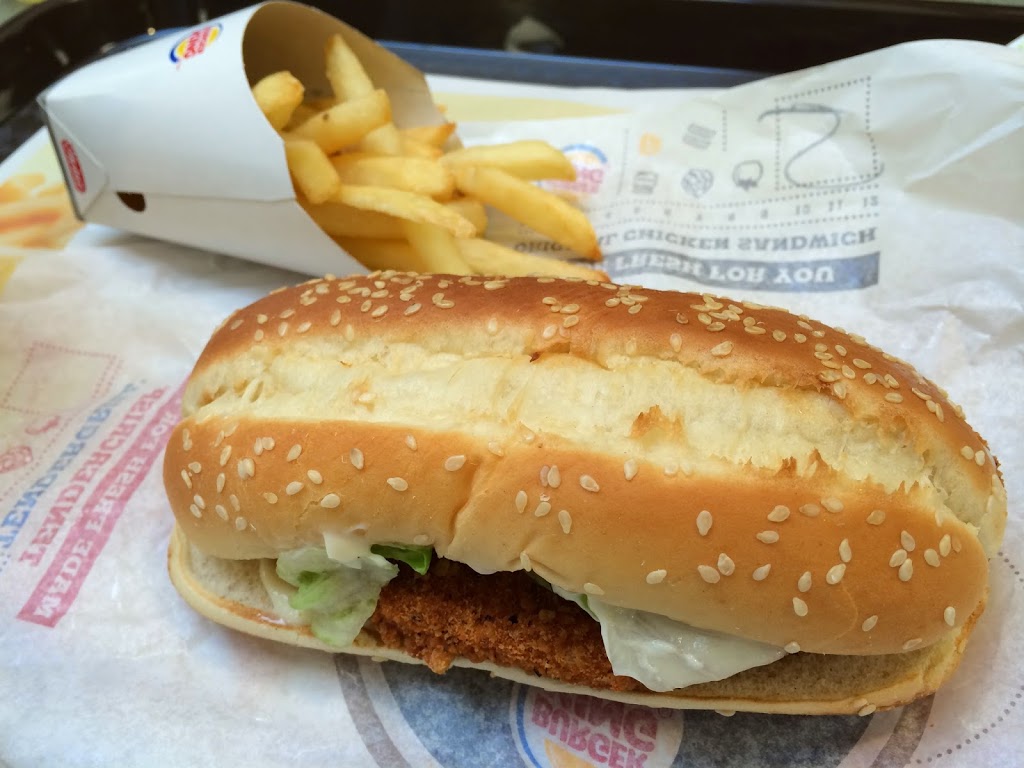 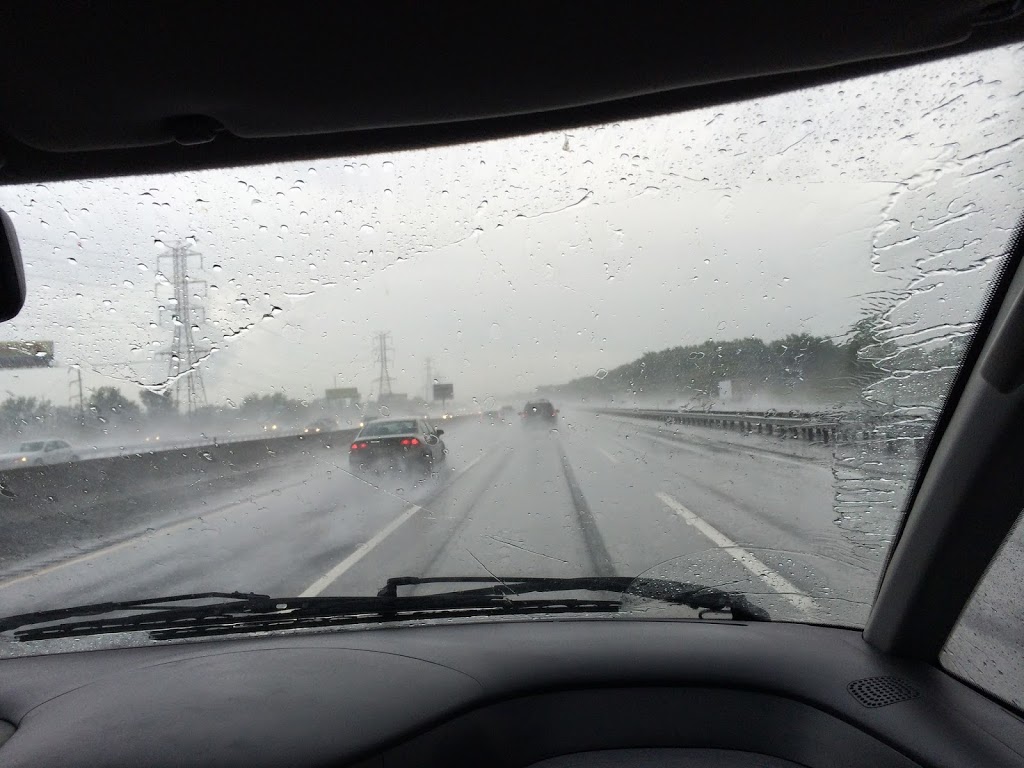 The roads in and around New York City, from what we’ve seen, are terrible. Horrible, terrible roads. I hate them. A lot. We did make it to our hotel though, and it was a pleasant sight in an otherwise dive-y sort of area of Queens. The Holiday Inn has proven itself to be a fantastic facility and when we went down to the restaurant for a late supper we were presented with some amazing little dishes prepared by a Cuban chef. John had the chicken cobb salad (which was as big as he is) and I had a chicken fajita wrap. Everything was amazing, and the restaurant had a fantastic GTA video game feel to it. The entire situation was a pleasing end to the day. After eating we played a couple rounds of Bohnanza and went to bed. We’ve got pizza and cheesecake to eat tomorrow. 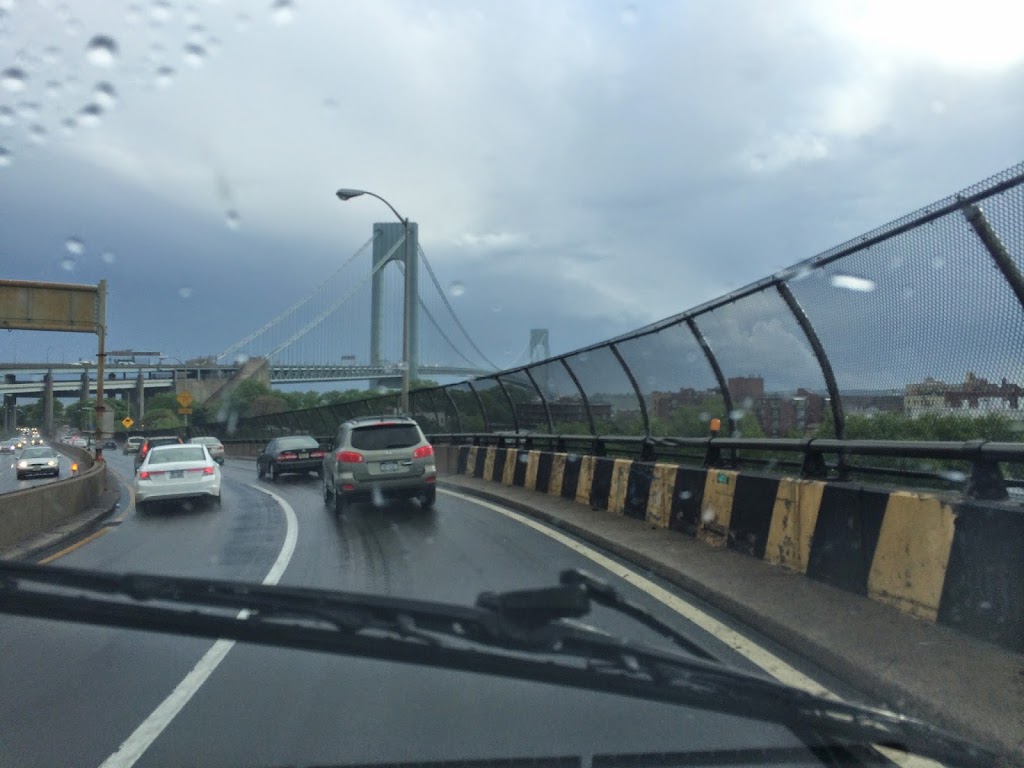 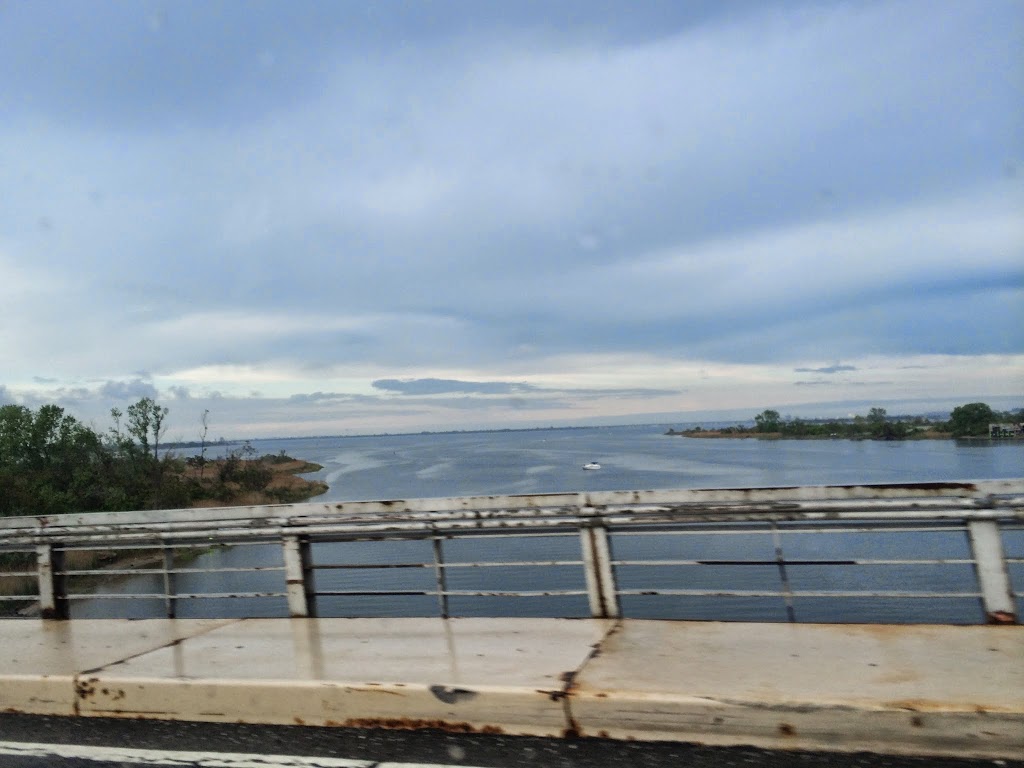 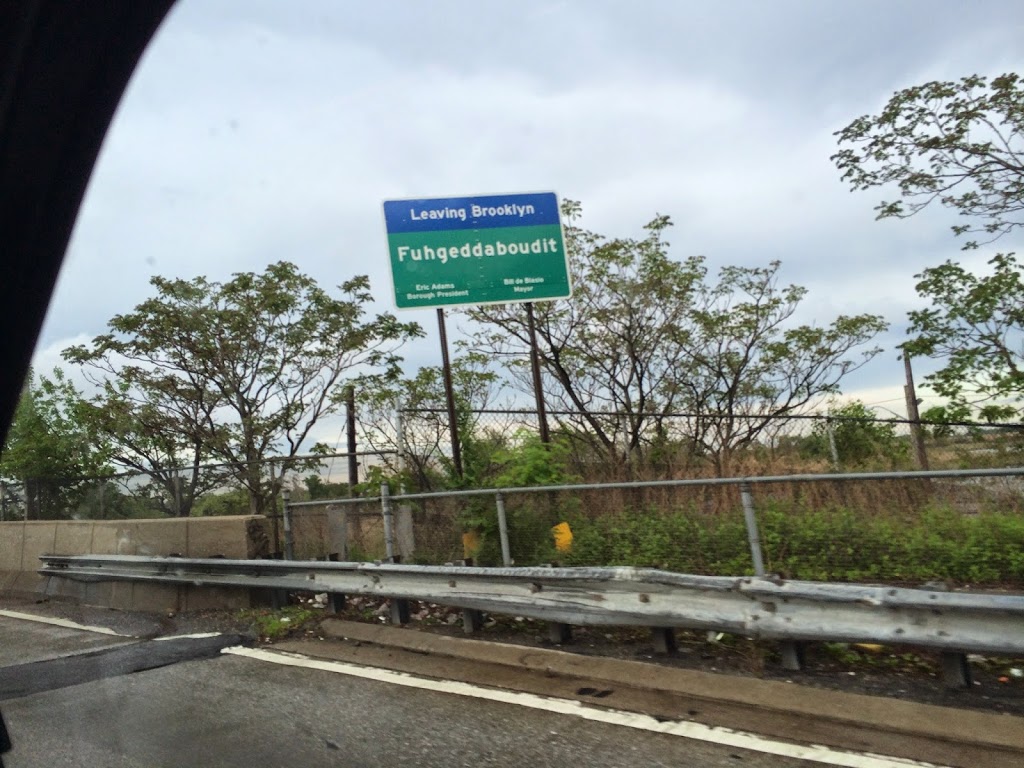 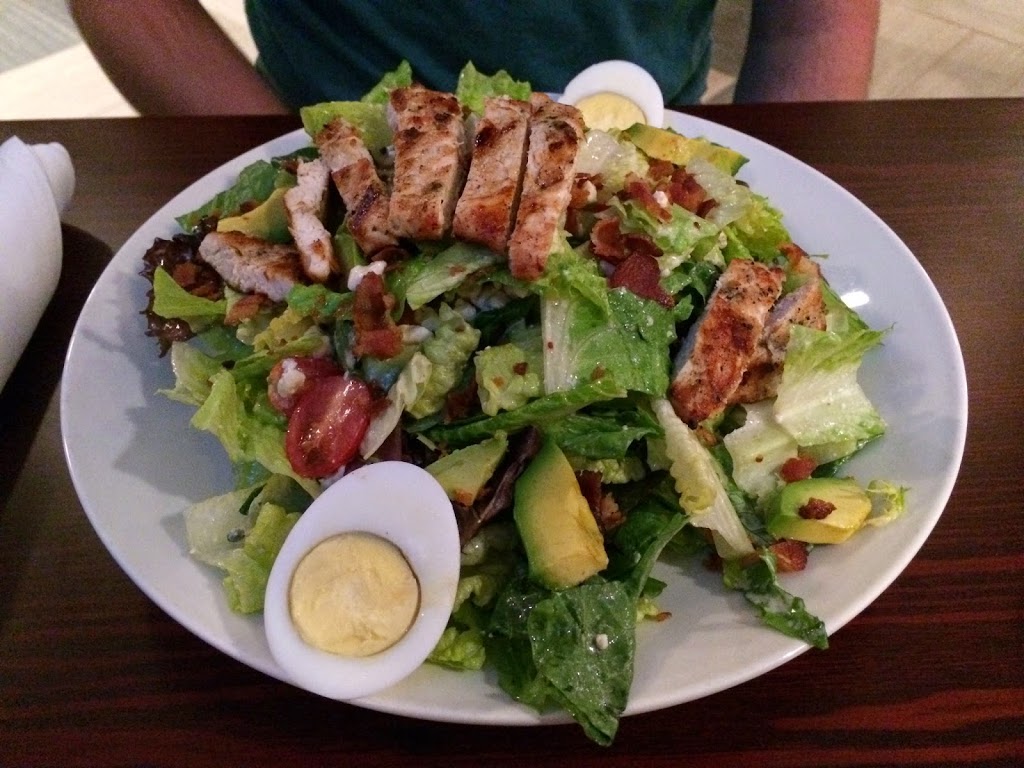 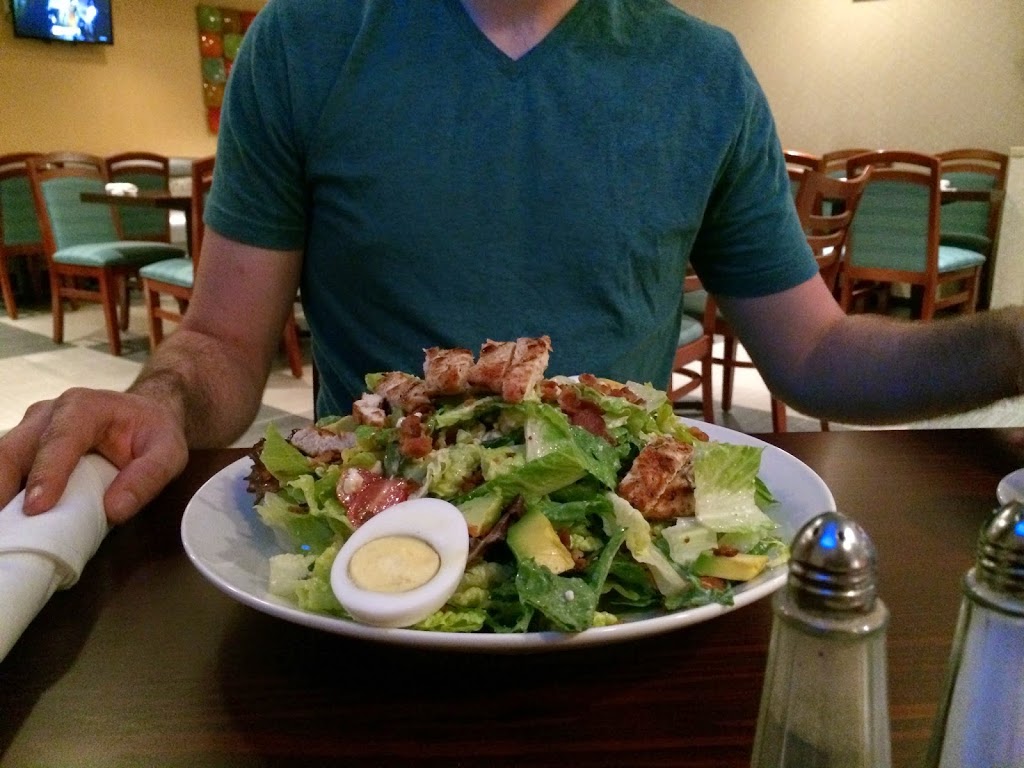 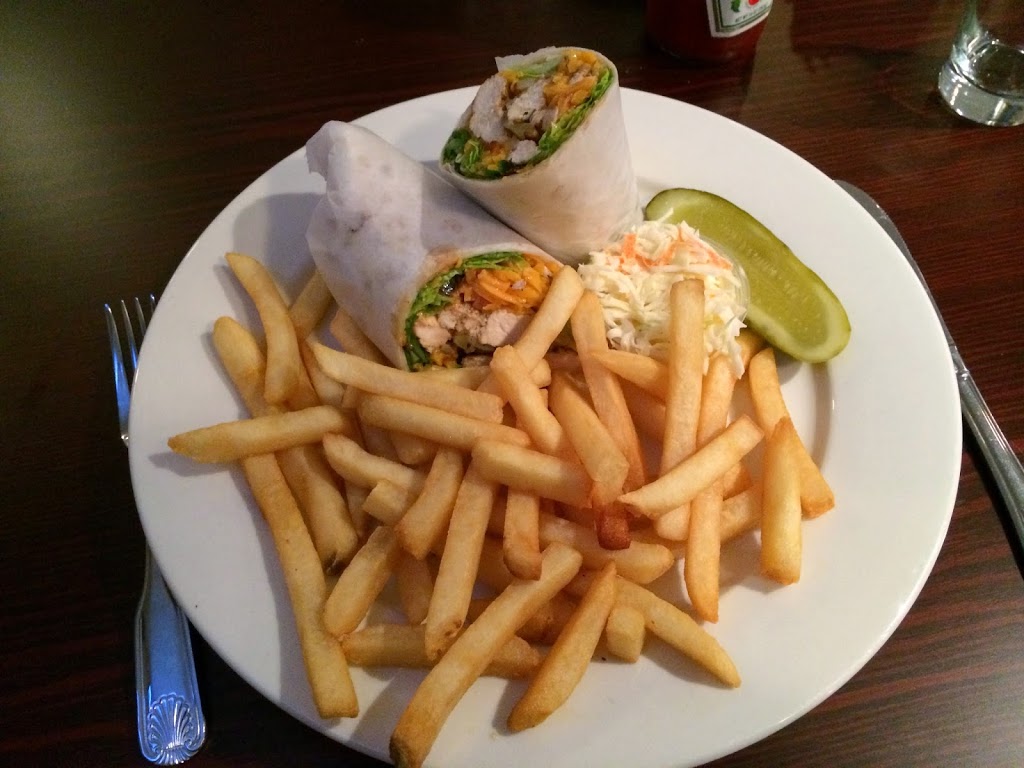 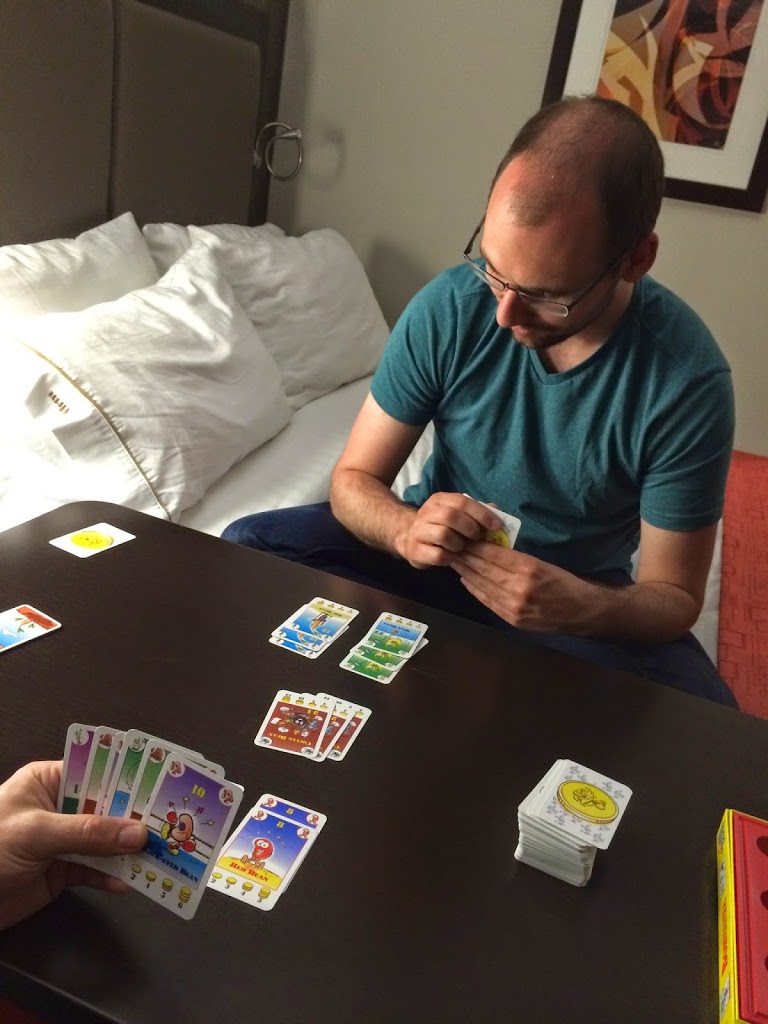