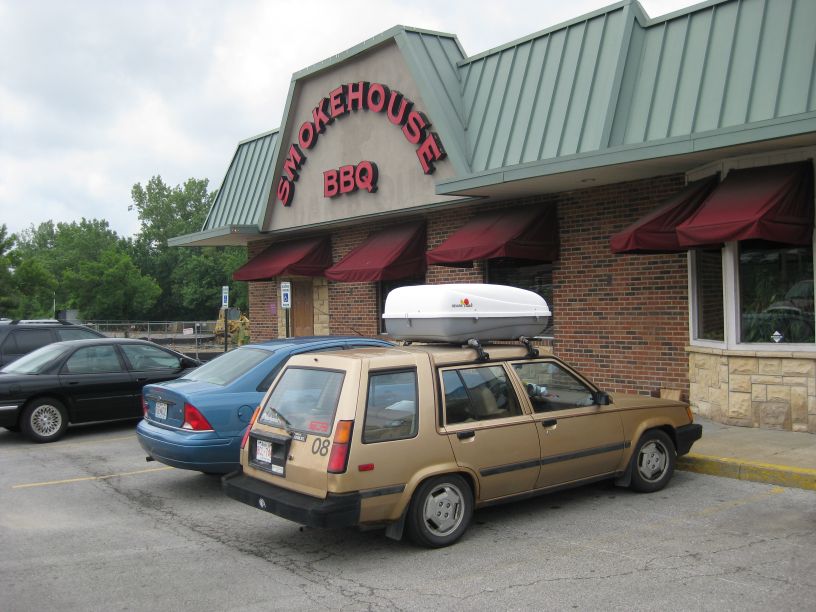 Destination: Kansas City, MO
End of day Odometer Reading: 215,545km
Woke up this morning at the Flying J truck stop again, we’ve spent the last couple of nights here, and will be here tonight as well. Headed over to the Harley Davidson factory to take the tour, unfortunately it is currently during the model-year changeover to the 2012 models so it was a limited tour. We missed out on final production and the powertrain assembly staff members were currently in training. It was still pretty interesting to see all of the computerized systems working. Picked up a couple of souvenirs for a friend who’s into that kind of thing.
The next restaurant on our list of Kansas City BBQ was Smokehouse BBQ. The corn on the cob was overcooked, but it seems from past experiences that is generally the way people down here like it. We both ordered the rib combo with a set of long ribs and a set of short ribs. They were quite delicious, however Smokehouse was not the best place we have eaten. It was about on par with Gate’s BBQ, which isn’t saying it’s bad by any means at all. It is quite good, but when you compare it to some of the other places we’ve been, there is better here in Kansas City. 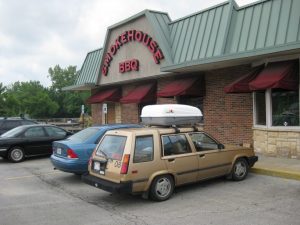 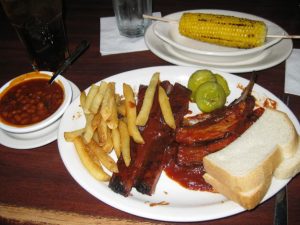 After eating lunch it was time to head back over to the Walmart Joel bought the shoes from, we were going to make an attempt to return them after wearing them to the Harley factory earlier. After a quick trip to the men’s room, Joel went to customer service and tried to get his money back. 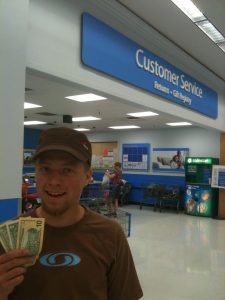 Success!
Joel was having mad regrets about not picking up both Rich and Sweet sauces from Arthur Bryant’s, so we headed back over that way to grab another bottle. While stopping in, the temptation was far too high; more ribs were purchased and eaten. Delicious, yet again! 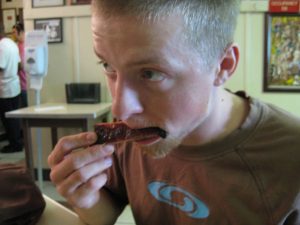 The radiator cap we ordered from Toyota had come in from the local warehouse, so we went down that way to pick it up. Afterward we had several hours to kill, so we stopped in at the bowling alley again and wasted a couple hours. Still needing some down time before eating even more food, we stopped in at a McDonald’s to use their free WiFi (bless you McDonald’s, keeping me online during this time of gorging). After a few drinks and a snack, we headed over to Oklahoma Joe’s BBQ. 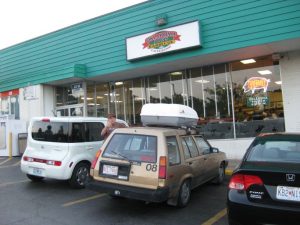 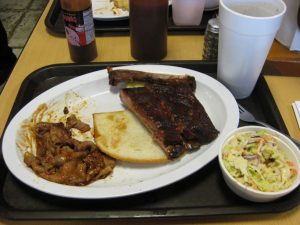 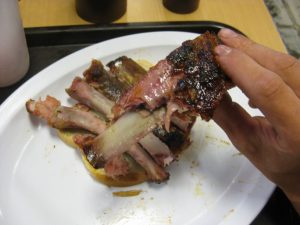 The line was the longest we had ever seen yet, and it was well worth it. Oklahoma Joe’s had more trophies and banners hanging than anyone else, and from we could tell, they were likely very deserved. Their food was the best yet, though their sauce wasn’t quite as good as Arthur Bryant’s. Arthur Bryant’s sauces are the most delicious we have eaten yet, but the meats at Oklahoma Joe’s have not yet been matched. Joel had the ribs and pork while Jeff had the ribs and brisket. The brisket was the most tender, delicious brisket I think we’ve ever had. Voila: 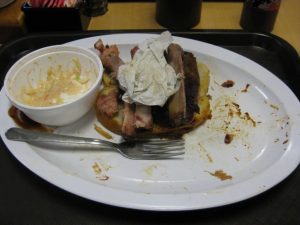 The goal for Day 6: Drive on to Memphis, TN for another 3 days of barbeque. We are looking forward to seeing the difference in styles between Kansas City and Memphis. It would be pretty nice to try some barbeque in the Carolinas as well, but alas it is simply too far.