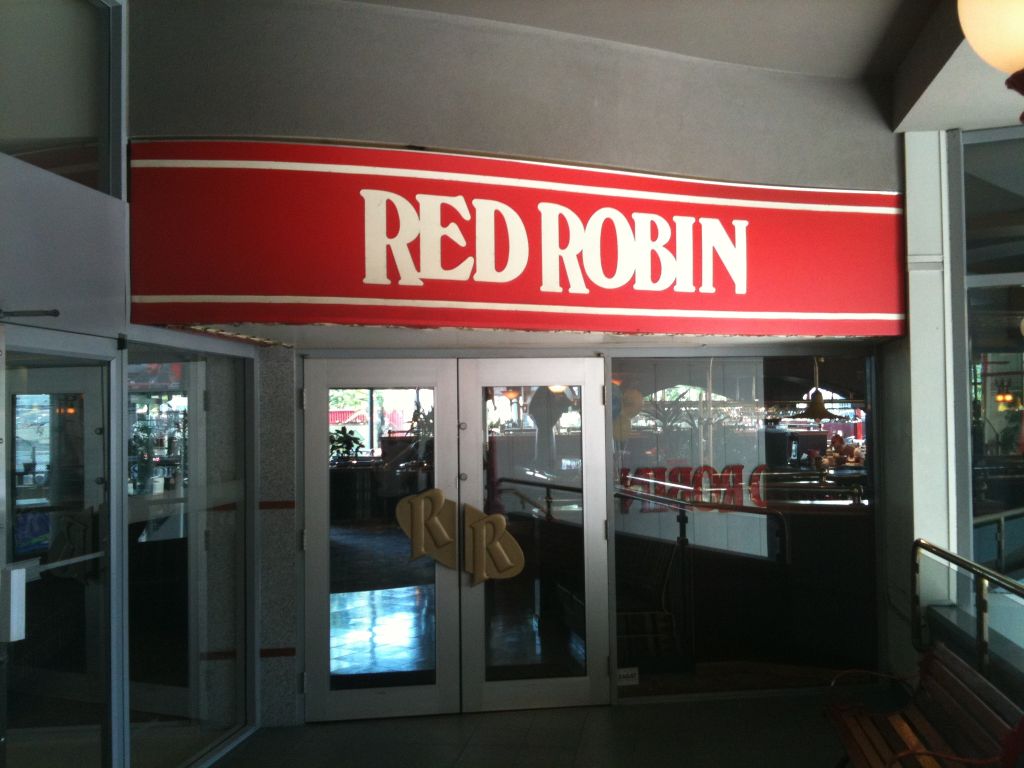 Destination: White Rock, BC
End of day Odometer Reading: 224,300km
We slept in a little bit this morning, but had some pizza buns for “breakfast,” after which we headed into Vancouver to UBC to meet up with a friend who has just moved out to North Vancouver two weeks ago. After meeting up, we headed back into Vancouver to grab some lunch at Red Robin, which despite having multiple locations in Calgary previously, no longer has a presence there. Joel had the Chili Chili Burger, while Jeff had the Bacon Guacamole Burger. We all had the Freckled Lemonade to drink, which is lemonade with strawberries in it. The best part (aside from the delicious burgers), is the bottomless fries and lemonade, which always comes with a good amount of strawberries in it. Delicious! 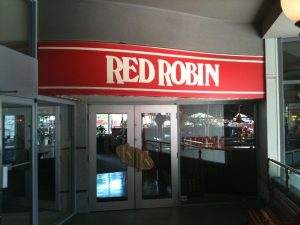 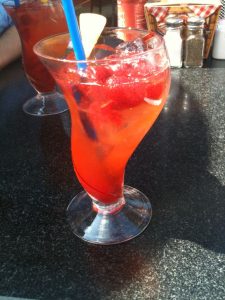 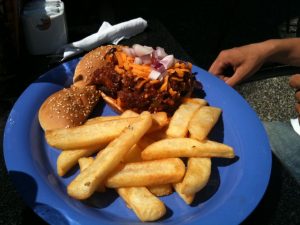 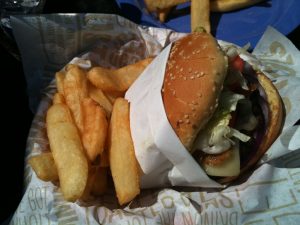 After lunch we headed back to our friend’s place and watched a couple of episodes of Flight of the Conchords, which Joel had never seen before. After that we played a bit of Super Mario Bros. and drank a few bottles of Dublin Dr Pepper. It was, as usual, quite delicious. Afterward we headed back from North Vancouver to White Rock and spent a few hours relaxing. It’s like a vacation from the vacation, a true delight, indeed, however the trip isn’t over yet.
The goal for Day 22: We’ll be heading out to Jeff’s uncle’s cabin in Kaslo, BC (just north of Nelson, BC) in the morning. We will be heading through Osoyoos, and hope to find a bit of fresh fruit there. We are not sure what we will be doing for food yet, but I’m sure that will all come together.