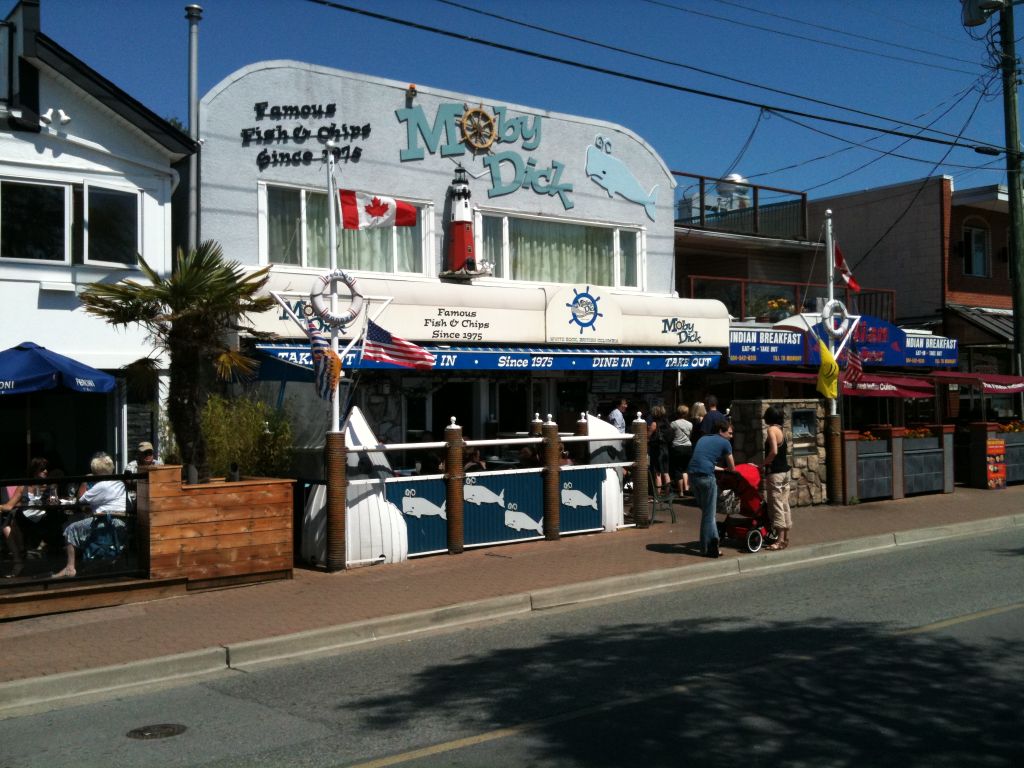 Destination: White Rock, BC
End of day Odometer Reading: 224,190km
We woke up relatively early today and Joel made breakfast for us. We had bacon and eggs with hash browns and toast. It was a simple breakfast, but the delicious also cannot be denied. After breakfast and sitting around for a while, we drove over to Joel’s uncle’s house to park the car, and then walked down to the beach. After walking along the beach for a while, we stopped in at Moby Dick for fish and chips for lunch. Their tartar sauce is quite a thing. 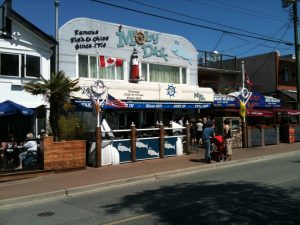 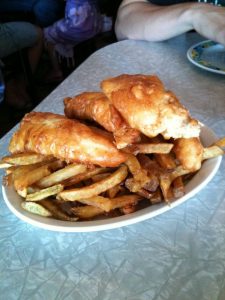 After lunch we sat around at the beach for a few hours, Joel read a book for a while and we just did nothing. We walked out to the pier for a while and watched people disregard the no diving signs. We managed to waste enough time to get us to supper time. After waiting in traffic on highway 99 for a while, trying to get to one of Jeff’s friend’s places to meet up for supper, we found out that they had opened a Memphis Blues BBQ restaurant in Surrey, so we basically just drove back where we had just come from, but it wasn’t the end of the world. We had an Elvis Platter at Memphis Blues with Jeff’s friend’s family, it was better than Big T’s in Calgary, but far from the best we’d had. The ribs were somewhat decent, though the coleslaw was really lacking. Nothing seemed really smoky, which is likely due to them not smoking their meats as long as other places we had been where there is a much higher demand for good BBQ. Still took a picture of it though. 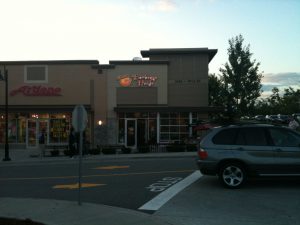 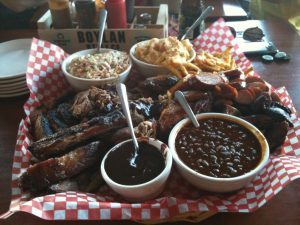 After supper we headed back to White Rock and played a game of Bohnanza, then Joel’s uncle and cousins came over for a visit for a couple hours. Afterwards, Joel drank a bottle of beer he had bought while we were in California and we both smoked a bowl of Dunhill’s London Mixture on the patio; a good end to a relaxing day.
The goal for Day 21: Stay in White Rock one last day, we’re going to be meeting up with a friend who just moved to Vancouver a couple of weeks ago in the afternoon. We’re going to head to Red Robin for lunch, and then we’ll see what else there is to do around town, perhaps figure out somewhere to eat supper. Should all hopefully be very delicious!