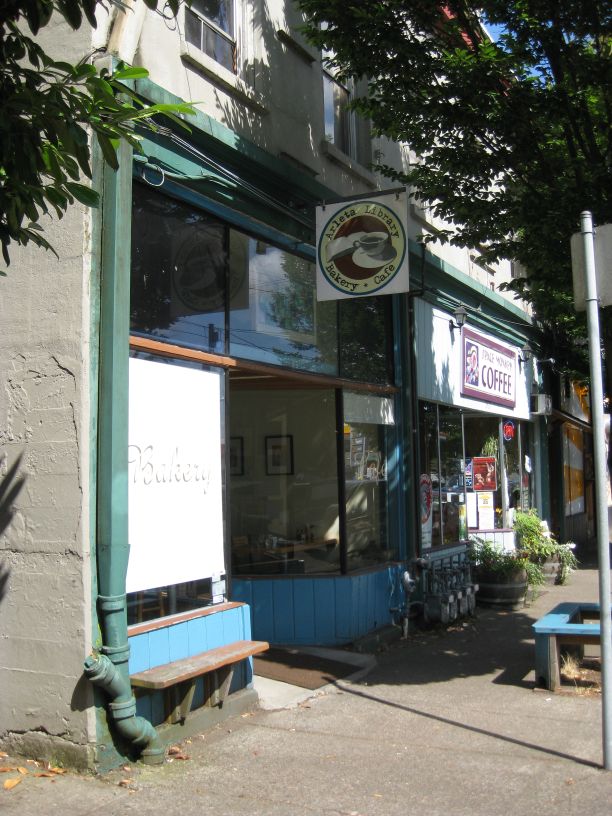 End of day Odometer Reading: 224,110km
The only city in Oregon that Diners Drive-Ins and Dives has visited is Portland, OR. Thus, we were obligated to stop off somewhere in Portland for breakfast. After watching a couple of episodes in a McDonald’s parking lot, we decided to head over to Arleta Library Bakery and Café. Joel had the Sicilian Hash and Jeff had the Biscuits and Gravy. Both were exceptionally delicious, and Joel polished it off with a nice piece of their (fresh from the oven) coffee cake, which was even better than the previous coffee cake we had gotten at Dottie’s True Blue Café in San Francisco. 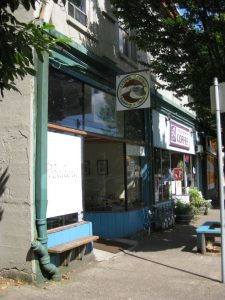 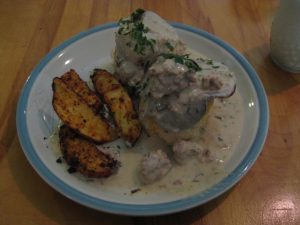 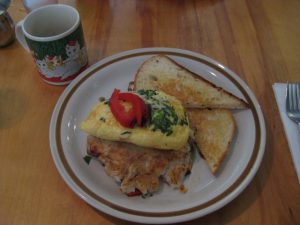 After breakfast we drove up to Seattle, WA, where we stopped downtown to visit an army surplus store. They had quite a bit of good stuff, and Joel bought a pair of pants and an old-school G.I. helmet. It’s surprisingly heavy, but very cool. Joel had hoped to find some more kooky stuff, but as the store wasn’t exceptionally large and in downtown Seattle, we assume they were a little bit more specific about what kind of stuff they’d bring in to stock. We had both hoped to maybe get some sort of knife, but they all seemed to be a bit out of our decided price range, though they did have quite a bit of cool stuff. Jeff wanted to find a good pair of driving goggles, but nothing really stood out.
After leaving the army surplus store, we walked over to Bauhaus so Joel could get a coffee in Seattle. It was a good coffee. After that we walked back to the car and head north to the Canadian border. We had hoped that we wouldn’t need to pay that much for duties on the tobacco we were bringing back from the shop in San Francisco, and that turned out to be exactly the case; they let us through without any extra duties. All was well, especially considering how much tobacco Joel had purchased (we had about 1.2kg combined).
After getting across the border, we head into White Rock, where we drove along the beach and up to Joel’s grandparent’s apartment, where Joel’s grandma had hamburger soup waiting for us. It was a good end to the day. We then showered and played a game of Yahtzee, before heading to bed.
The goal for Day 20: Go down to the beach in White Rock and get fish and chips at Moby Dick’s for lunch, then head into Vancouver to meet up with someone Jeff knows for supper at a place called Memphis Blues. Other than that we’ll just sit around and relax.