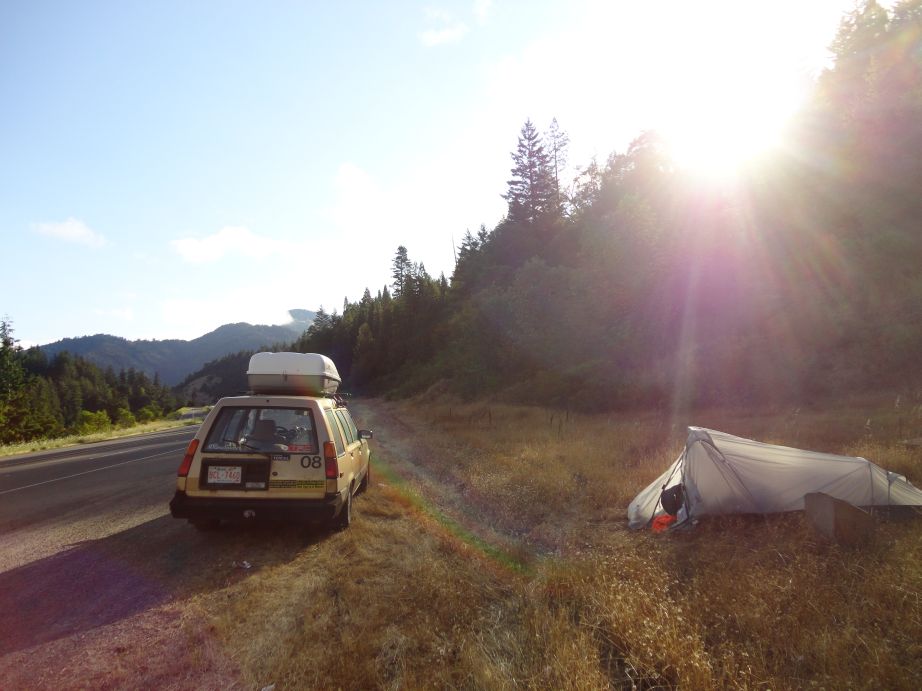 Destination: Portland, OR
End of day Odometer Reading: 223,590km
So we woke up relatively early this morning and cleaned up the car and got everything back in and continued up the highway towards Oregon. Anna got out in Arcata, CA, I think she’ll stay there for a few days before continuing on, not sure. We gave her our email addresses if she makes it to Calgary, we can show her around. 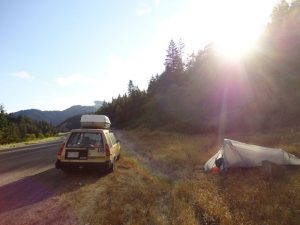 While driving through some town, we both kind of had a craving while driving past a Pizza Hut, so we stopped in and grabbed a large Super Supreme. It was probably half the price it would be in Canada, we had a large pizza and two drinks for $14. It was probably one of the cheapest meals we have eaten along this trip, pretty close to In-N-Out Burger, which is very affordable as well (about $8.00 for the 4×4 combo we ate). It tasted like the Pizza Hut we all know, which if you like it, isn’t bad at all. 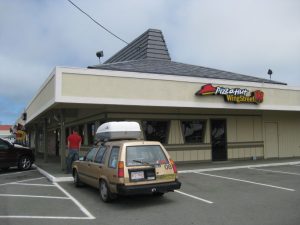 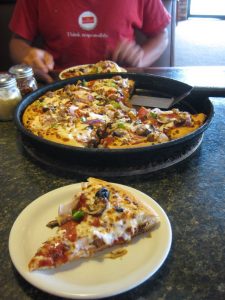 You may notice in the last couple of pictures the bumper stickers on the car. We finally found a place that had some stickers a couple of days ago, so we bought a couple of the most obnoxious ones we could find and slapped them on the car. It provided us with a couple minutes of chuckles. 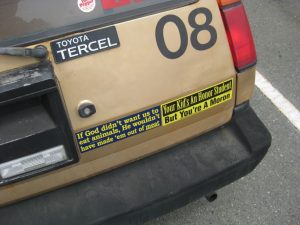 After stopping at a McDonald’s to assess where we were at around 7:30pm, we figured we’d head back towards the interstate so we could make it to Portland before nightfall. The only places in Oregon that have been on Diners, Drive-Ins and Dives have been in Portland. We found a place that we will stop in for breakfast tomorrow morning. Should be delicious!
The goal for Day 19: Drive up to Seattle, WA and stop at an army surplus store, we checked online and it sounds like there’s a pretty cool place in Seattle. Afterwards we will be heading back into Canada to stay with Joel’s grandparents in White Rock, BC. While crossing the border we will see how much customs wants to get from Joel for all the tobacco he bought. They only allow 7 oz. across the border duty-free, and Joel bought about 30 oz. We’ll see how that goes.