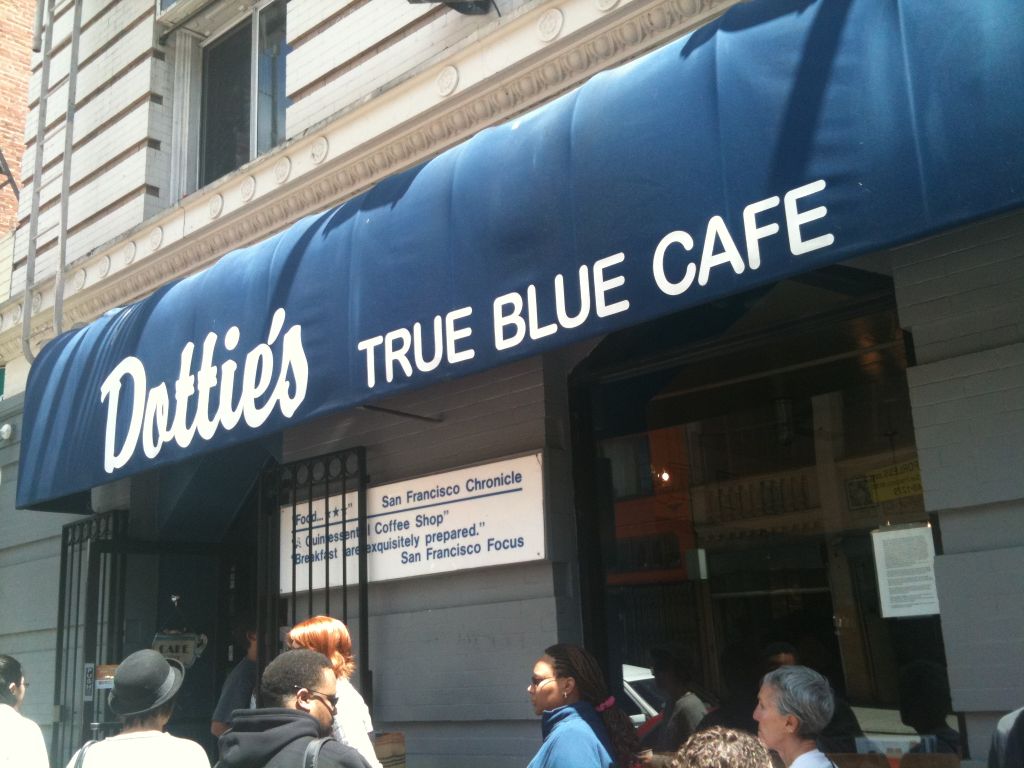 Destination: South of Garberville, CA
End of day Odometer Reading: 222,681km
We slept in the car in front of Kyle’s house in San Ramon, CA. After getting up in the morning we drove in to San Francisco again to stop at Dottie’s True Blue Café. We waited in line for over an hour to get in as it is a pretty small place, but it was well worth it. Everything was delicious. Joel had a lamb merguez sausage omelette with buttermilk dill toast. Jeff had The Westerner, which is an open-faced omelette with chorizo sausage, mushrooms, salsa and comes with tortillas, and a side of some sort of magical corn bread with a jalapeno jelly. Yummy. After all that we shared a (huge) piece of their fine-looking coffee cake. All very satisfying, and very filling; we were stuffed. 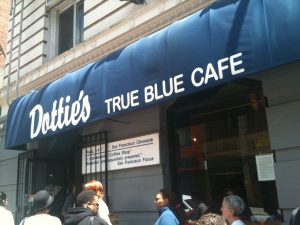 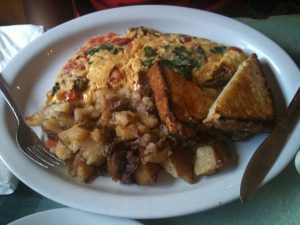 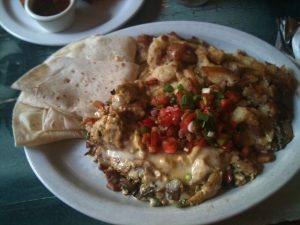 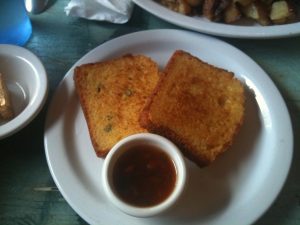 While driving on into San Francisco, we hit a mileage milestone on the Spruce Moose, and despite being on a busy freeway we managed to get a picture of it at 222,222.2km on the odometer. Unfortunately the speedometer needle was blocking the .2, but alas, what can be done? 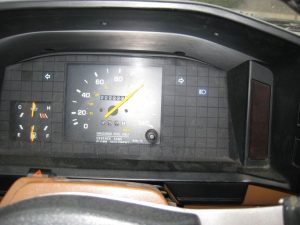 After lunch we headed north out of San Francisco along the 101 over the Golden Gate Bridge. After heading out of the city we turned off on the number 1, which is very windy and slow. After stopping to get gas, we picked up a hitchhiker from Germany. She was a cabinet maker who had just finished her apprenticeship and was travelling around the world, which is apparently some sort of tradition, though she is changing/making some of the rules herself. She had been in the USA since May and today was the first time she was hitchhiking, we were the fourth people to pick her up since San Francisco, but we were going in the same direction for a long period of time, so she stuck with us for a while. Due to the extra weight of her in the car and all of her stuff, we were weighing down the rear suspension a bit more, so the right rear tire was rubbing more than before around corners. We stopped and Jeff “rolled” the lip a little more with a ratchet and used some tin snips to clear the front fender a bit and we were back on the road. As we were driving we saw a great place to swim in the ocean, which we took advantage of. 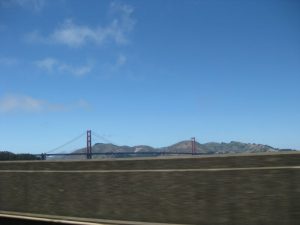 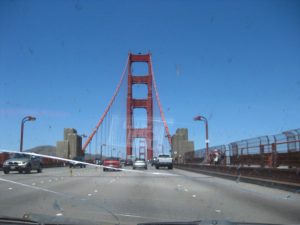 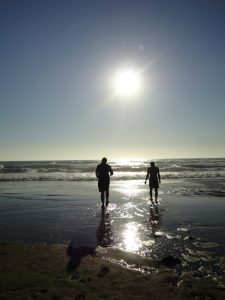 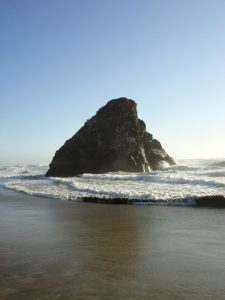 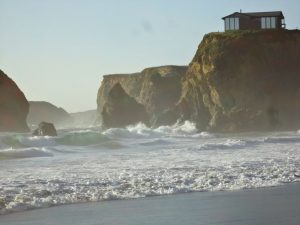 After drying off and continuing the drive through the windy, hilly roads on one of the corners Joel said the brakes were feeling weird and we couldn’t stop well. Fearing the worst, we pulled over in a turnout and got out of the car. After seeing smoke coming from both front wheels it was clear the brakes were being overheated from all of the “spirited” driving we were doing. We checked the brake fluid and waited for them to cool down, and we were back on the road. We drove for a while and it started getting dark so we took a look for a campsite so Anna could set up her tent and we’d sleep in the car, however the state campground was quite expensive so we got some information about other places to stop and were on our way. After checking out a private campground and using the bathroom, we decided to see if we could find a rest stop or something. After coming up empty and going back to the private campground and it being closed, we drove until we found a large turnout and she set up her tent there. She had a can of fruit with her and we shared that and we went to bed. Exciting times. 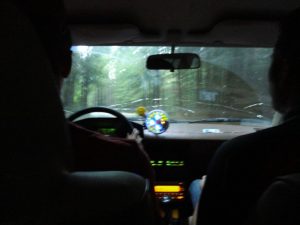 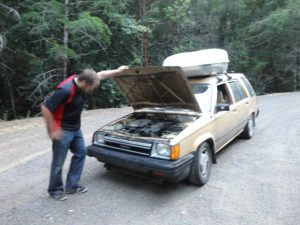 The goal for Day 18: Stop for some food along the way, make it as far north as we can. We ended up running about 300 miles behind schedule, but we’ve got a lot of flexibility in the next few days, so we’ll just need to make up for it by driving a bit more. Anna will be getting off in Eureka, CA or close to there, apparently she had heard it was nice and wants to stop there before continuing to head north towards Vancouver, where she hopes to find a job for a bit before moving on.