Skip to content
Destination: Tomahawk Truck Stop just east of Denver, CO
End of day Odometer Reading: 214,200km
After getting a relatively early start on the road, we headed southeast towards Yellowstone National Park in Wyoming. The drive to Yellowstone was quite beautiful, as was the drive afterwards, however we found Yellowstone itself to be relatively boring. The areas surrounding it are much more interesting, though they are sans geysers of course. After leaving Yellowstone / Teton National Parks we continued south towards the I-80 to get over to Denver. Not only that, but they charge you for seven days entrance fee to get into the park. 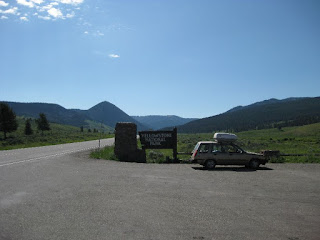 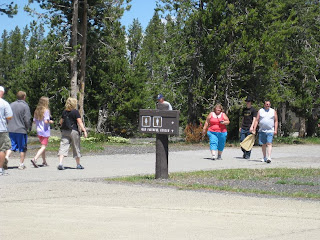 Due to a mistake on Jeff’s part, we ended up backtracking a bit, and ended up adding about 100 miles to the trip. This extra distance combined with the slow driving through Yellowstone and the fact that driving through the mountains meant the car was struggling to maintain 80km/h meant that our 12-hour journey ended in 16 hours. 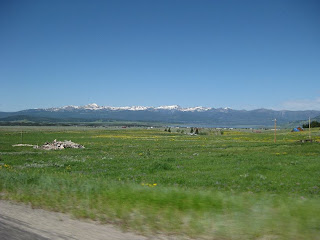 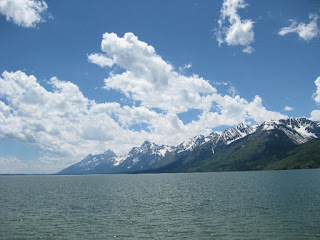 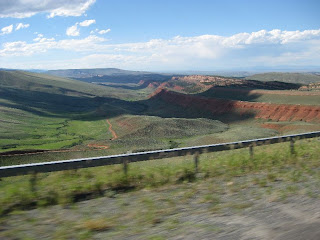 Feeling the need to eat something and looking for somewhere that had wireless internet access to upload the journey of day one, we stopped in at a McDonald’s for lunch, as we had felt that there should be documentation of the meals of the trip. We each ordered the same thing we had in Lethbridge, and the first meal that we ate in the USA was a rousing success. Though McDonald’s in Wyoming doesn’t have the McChicken, they did have a “Hot ‘n Spicy” McChicken for only $1.00. The bun was slightly smaller, but overall it was about the same as ours, plus spicy. The “Hot ‘n Spicy McGangBang Deluxe” was born. 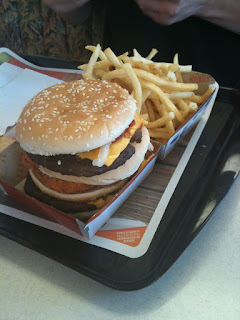 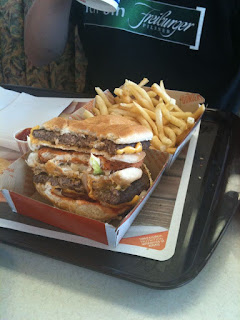 After realizing that we wouldn’t make it to Denver in time to eat at Steuben’s, we decided to find a truck stop that we could rest at and hopefully would have some sort of restaurant open for us to grab something to eat. Figuring we’d eat at Steuben’s for breakfast we started keeping an eye out for a truck stop, not finding anything in Denver, we started out of Denver on the I-70. Just outside of Denver we found the Tomahawk Truck Stop, which was good enough for us. After 16 hours on the road, it was nice to stop, however the restaurant was already closed, so we just went to sleep. The goal for Day 3: Kansas City, MO and our first meal of authentic BBQ!