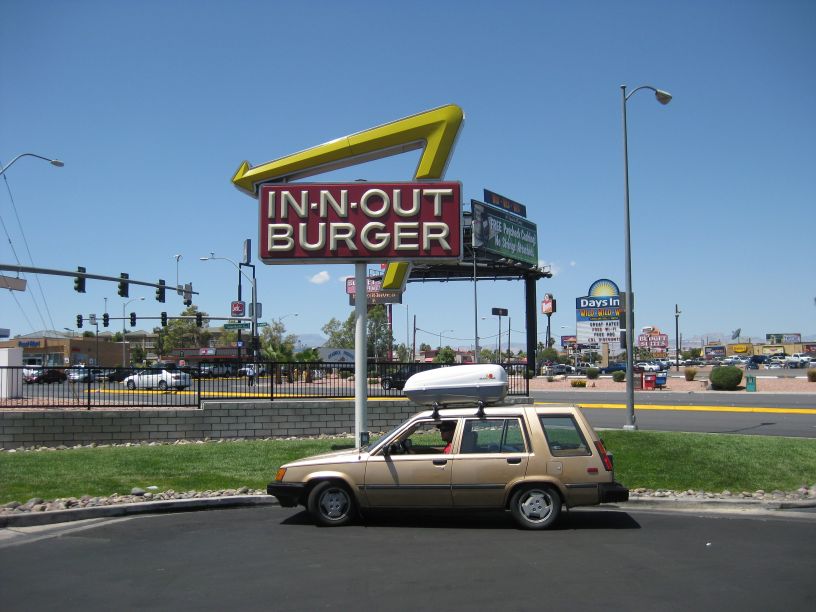 Destination: Pollock Pines, CA
End of day Odometer Reading: 221,810km
We started off the day a little bit later, since sleeping in a bed was pretty nice, so we left the hotel at around 11:00 and headed over to In-N-Out Burger. Both of us had eaten at In-N-Out Burger before, so it was no surprise, but it was delicious. We’ve decided we need to eat there again before we leave. Both of us got the 4×4 Animal Style with fries. The 4×4 refers to 4 patties and 4 slices of cheese. Joel had already taken a few bites of his burger, though it looked slightly more picturesque than the other one which we actually photographed. Ahh well, both delicious! 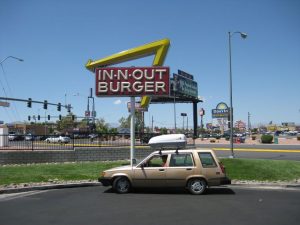 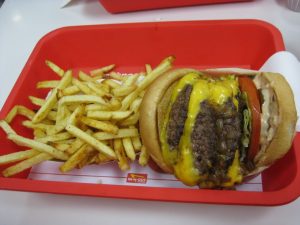 After leaving In-N-Out burger, we decided that we’d head through Red Rock Canyon on our way out of town, but after significant poor signage on the part of Las Vegas/Nevada, we ended up doing a huge loop back onto the highway we had left without seeing another sign for Red Rock Canyon. We figured it wasn’t worth the hassle to go back, and it was kind of annoying already, so we headed north towards Death Valley National Park. Death Valley was pretty darn cool, though it nearly killed our car. When you go over two mountains, and the elevation ranges from -190 feet below sea level to over 4900 feet above sea level twice in just a couple hours, and it’s 47 degrees C in a car with less than 50 horsepower and a radiator the size of a dinner plate, and just as thick it takes a toll on the car trying to do that. After pulling the car over to let it cool down after it heat up quite a bit, we continued up the mountain at about 25-35mph so as not to over-exert our poor engine. But we did make it out, and we can say the Spruce Moose survived Death Valley. 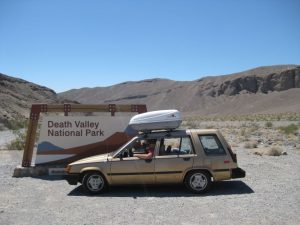 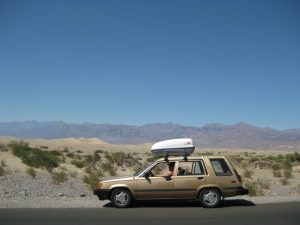 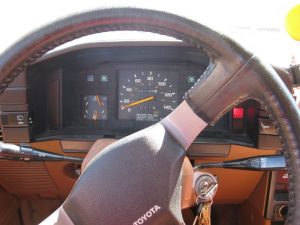 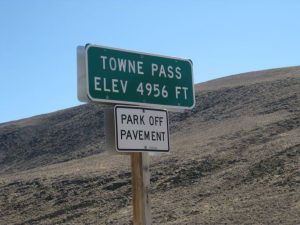 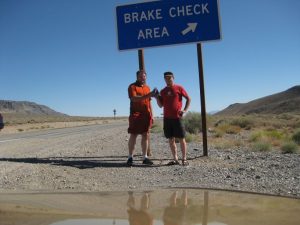 As we headed north after leaving Death Valley, we stopped in at a McDonald’s in Bishop, CA. While there we contemplated whether or not to drive through Yosemite National Park, as after some research we found that the road reaches a peak over 9000 feet, and we were sitting at about 4000 in Bishop. As the car had already had some troubles with climbing mountains, and the heat combined with the massive elevation change had already done some wonky stuff temporarily to the carburetor on the engine, we decided to forego Yosemite in the hopes that driving further north to Carson City would provide us with a more reasonable way out of the mountains. That was only slightly the case, as we still ended up driving up over 8500 feet, though it was late enough that it was dark anyways, and we wouldn’t have seen much in Yosemite anyways.
After driving through Carson City we figured we’d be able to find a truck stop along the interstate heading out, however that would end up not being the case, as the tourist town that is Lake Tahoe runs for miles and miles and miles. We ended up stopping at a closed gas station just east of Pollock Pines, CA. Death Valley took way too long after stopping and having to drive as slowly as we did. The slowness of climbing mountains again affected us on our way to Carson City, so  the trip to San Francisco ended up taking a fair bit longer than we originally planned.
One interesting thing we’ve noticed since being in California is that the gas prices are all over the place. Throughout the rest of the country we had been through, gas prices were relatively consistent, here in California, you can stand at one gas station selling for $3.75 and look at the other one selling for $4.09. It’s weird stuff, plus it seems they charge more if you are using a credit card, which is also a first in all the places we drove through. We’ll have to see if this trend continues as we get into more populated areas.
The goal for Day 16: Make our way to San Francisco, CA, where we will spend the night before heading north. We’re going to eat at In-N-Out Burger again before leaving, along with perhaps a Mexican restaurant. A friend of Jeff’s lives in San Ramon, so we will probably have to stop in there as well.