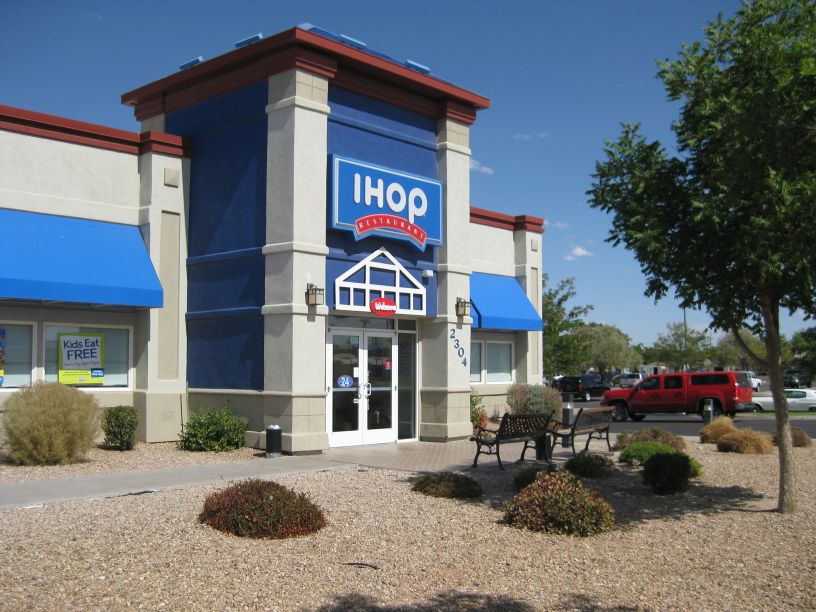 Destination: Springerville, AZ
End of day Odometer Reading: 219,883km
Getting to Roswell a day early has provided us with a bit more flexibility for the rest of the trip, and we will likely stay an extra day in San Francisco as well as one more day in Vancouver than we had originally planned. Jeff felt like getting something for breakfast so we stopped by the local McDonald’s in Roswell (Play Place was shaped like a UFO and everything) to grab some wireless to find somewhere in town to eat breakfast. Having settled on Liz’s Diner, we headed down that way to get something to eat. Having found that Liz’s Diner is no more, we went to a different McDonald’s to figure out where else we could eat in town. Not having much luck we settled on Denny’s just to get on our way; however as we approached Denny’s, we found an IHOP almost right next door. Not having an IHOP in Calgary meant that we were forced to eat there instead. 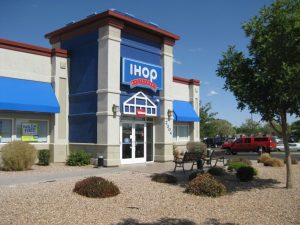 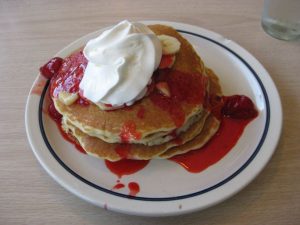 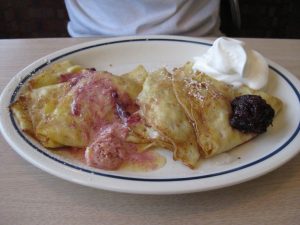 After breakfast we were back on our way to Arizona. It rained for a good portion of the drive, which was interesting at some times and boring during others. There was some nice scenery along parts of the road, but then there were also sections that were just vast stretches of flat desert. Along the way we drove through a town called Pie Town, NM. Naturally we had to stop for some pie. It wasn’t that great. 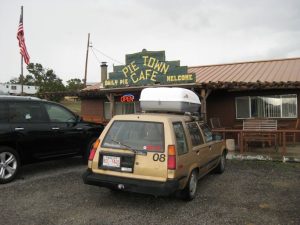 As we trucked on towards Springerville, AZ Joel decided he wanted to get a picture of the Spruce Moose, so we pulled over and snapped a couple shots. 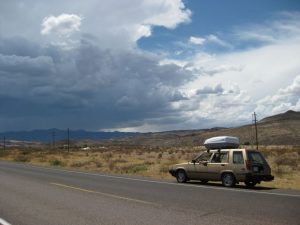 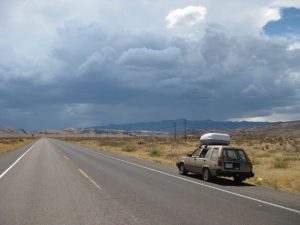 When we arrived in Springerville, we stopped at the local McDonald’s to grab some wireless internet. When we walked inside we realized they had a deal on, if you purchased a Big Mac meal, you’d get a second Big Mac for only $1.00. This was too good to pass up, so we both ate a couple of Big Macs. After wearing down the battery in the laptop, we headed over to a local gas station where we parked for the night. After realizing the motel next door had free WiFi, we checked a few more things on the internet, including booking a room at THEhotel at Mandalay Bay in Las Vegas for Friday night. After figuring we had done enough sitting in the front seats, we made the bed in the back and played a few games of Yahtzee. Unfortunately we were rudely interrupted by the fuel truck needing to park where we were. After hastily moving everything around and getting the car moved over, Joel smoked his pipe and we went to bed.
The goal for Day 13: Drive on to the Grand Canyon, where we will spend the night in Tusayan, AZ, or perhaps somewhere closer to the interstate. We’ll be driving through a few national forests and stopping at a couple of the “lookout” spots along the highway up to the canyon. Not sure what we’re going to do for food yet, we’ll see what’s around.