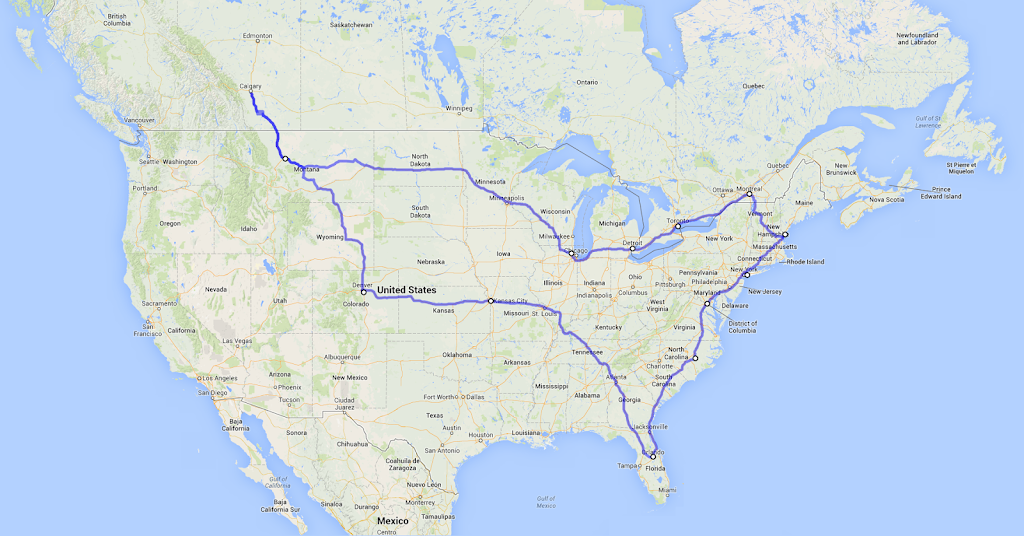 We woke up relatively early today and packed things up to get into looting mode. Today is our last day on the road and the last day in the USA, so we were able to buy things without needing to sleep in the van again. We headed over to Big R, the place so fantastic last year that we felt the need to go back and load up on Sioux City Sarsaparilla. Our spirits were crushed when we found they had downsized their soda aisle and no longer had any Sarsaparilla in stock. We bought some stupid novelty soda-flavoured (and not very tasty) liquorice instead and moped out of the store. We passed up many of opportunities to buy the stuff along our journey, but figured we’d be able to get it in Montana, so it didn’t seem like we really needed to get it right then and there. We only have 2 bottles left from Kansas City. A shame. 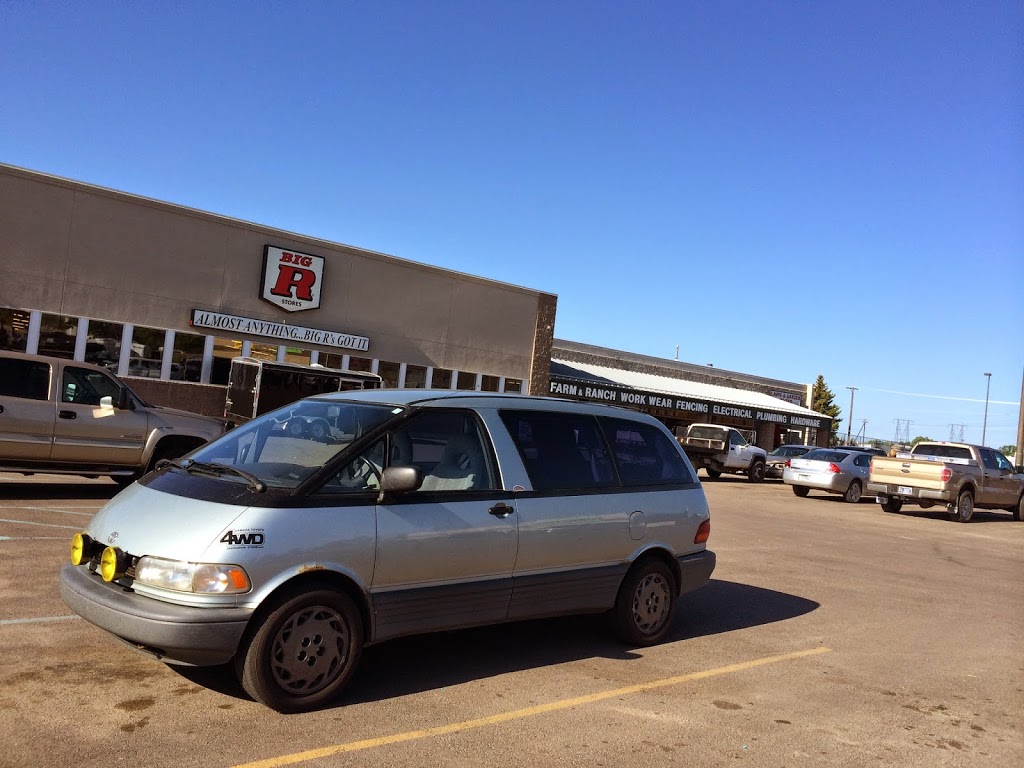 We then stopped in at Albertson’s to grab a bit of cereal and Flamin’ Hot Cheetos. We also grabbed a bit of Oreo Klondike bars and whatever novelty pop we could find. Some Mexican Pepsi and 7-Up and a few varieties of Coke and Dr Pepper cans. The Klondike bars were alright, but only came in boxes of six and we couldn’t bring them with us, so we were forced to discard a few of them. I cried inside. John and his brother Drew used to really enjoy the Strawberry Shortcake ice cream bars which are no longer available in Canada, and while we do find pleasure in eating them and sending pictures to Drew, we figured we’d do our best to bring a few back for him so we purchased a Styrofoam cooler to try and keep them cold on the drive home. 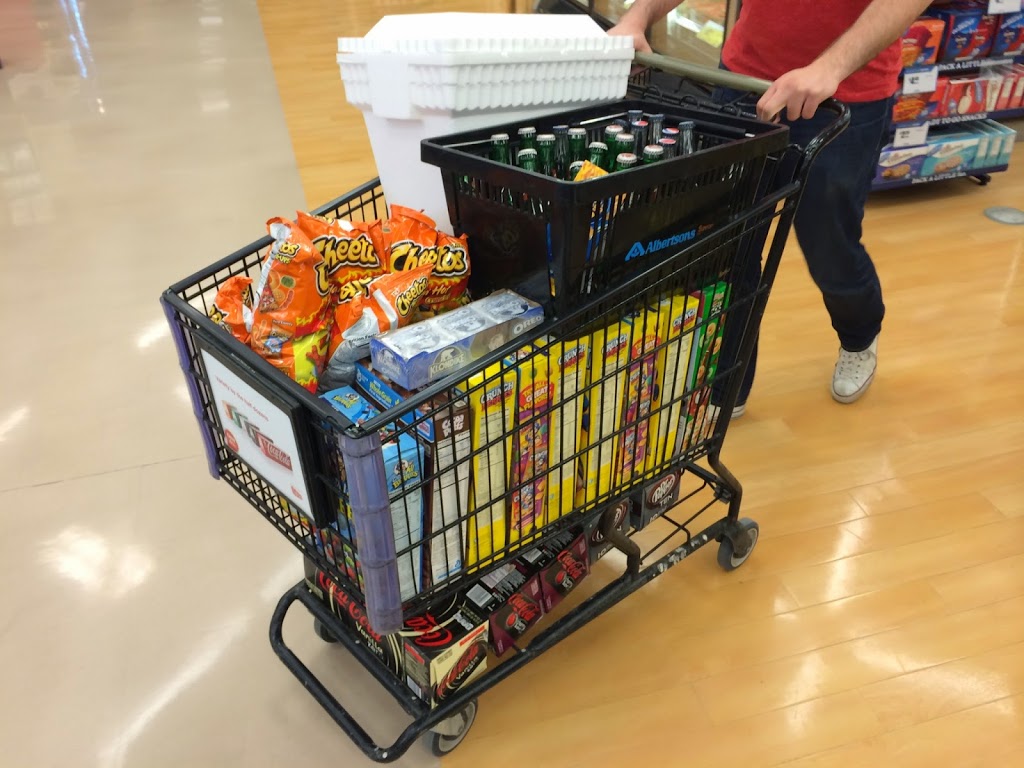 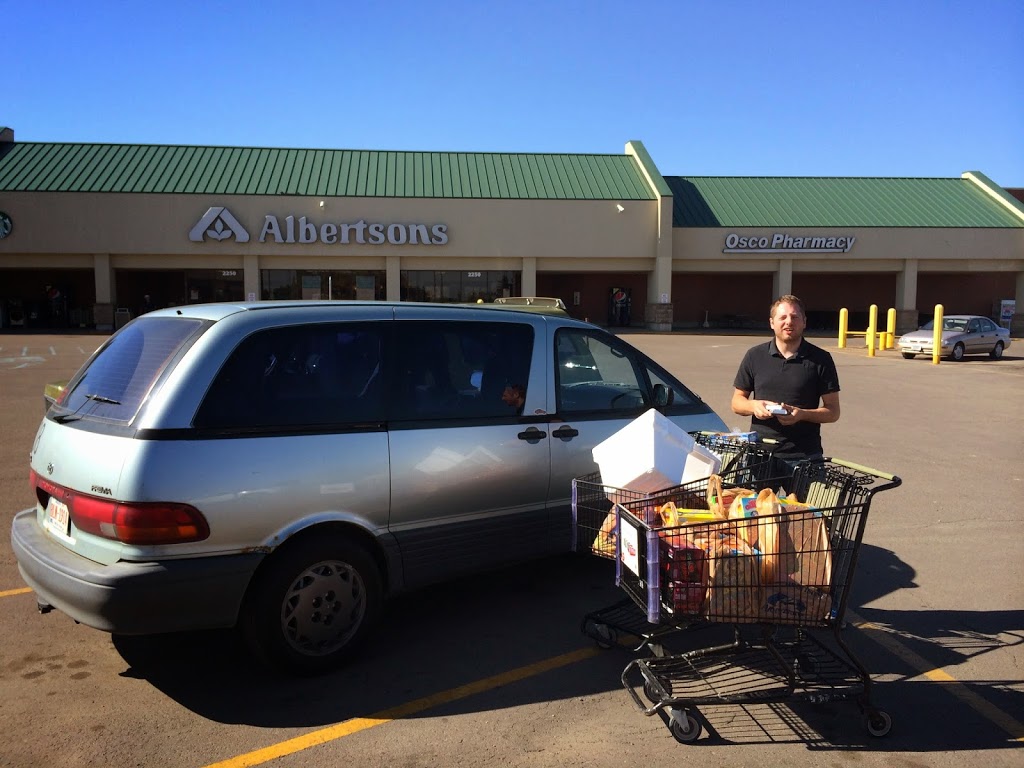 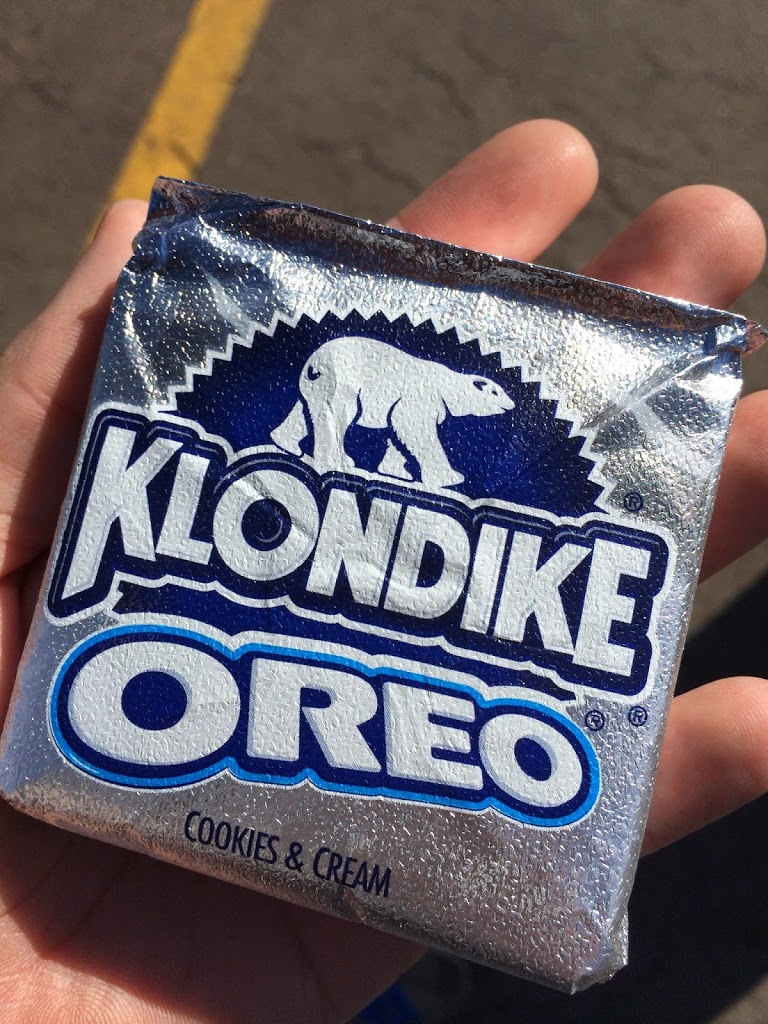 Next stop was Keith’s, a long-time family-run gas station further up the road. They were the ones that had made the suggestion for us to check out Big R last year, and they also stock Bundaberg sodas. They have both ginger beer and root beer in stock, we didn’t even know they made root beer, but are fans of their ginger beer. John cleaned them out on ginger beer and we bought a root beer to try. If it’s good we may look into getting some more of it later. Getting this much Bundaberg went a small way to alleviating our pain from the lack of Sarsaparilla victory. The pain from that defeat went deep. 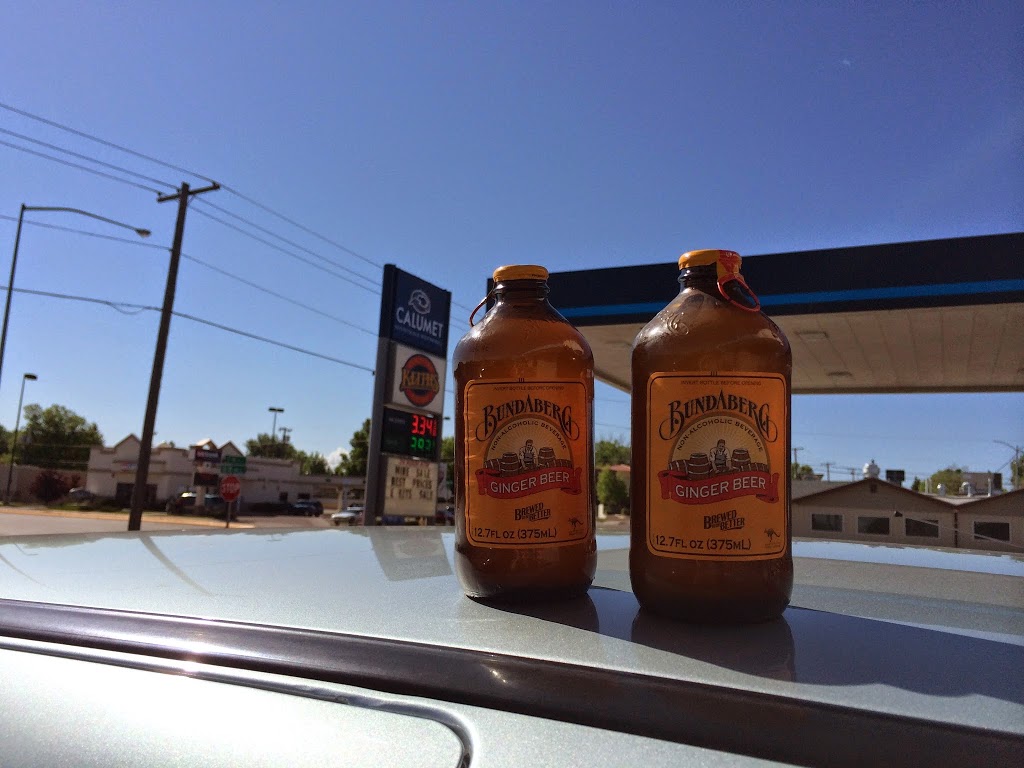 All the way along the trip, we kept seeing Taco John’s restaurants and making comments about how we really needed to stop and take a picture. We stopped and took a picture, it was person appropriate. 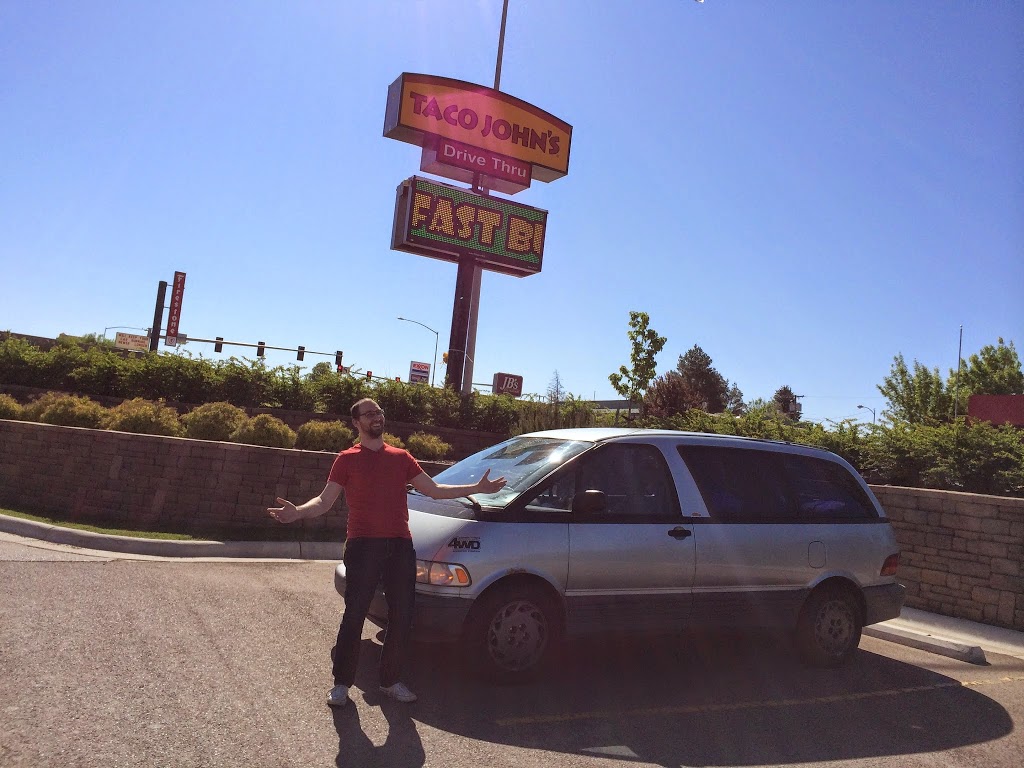 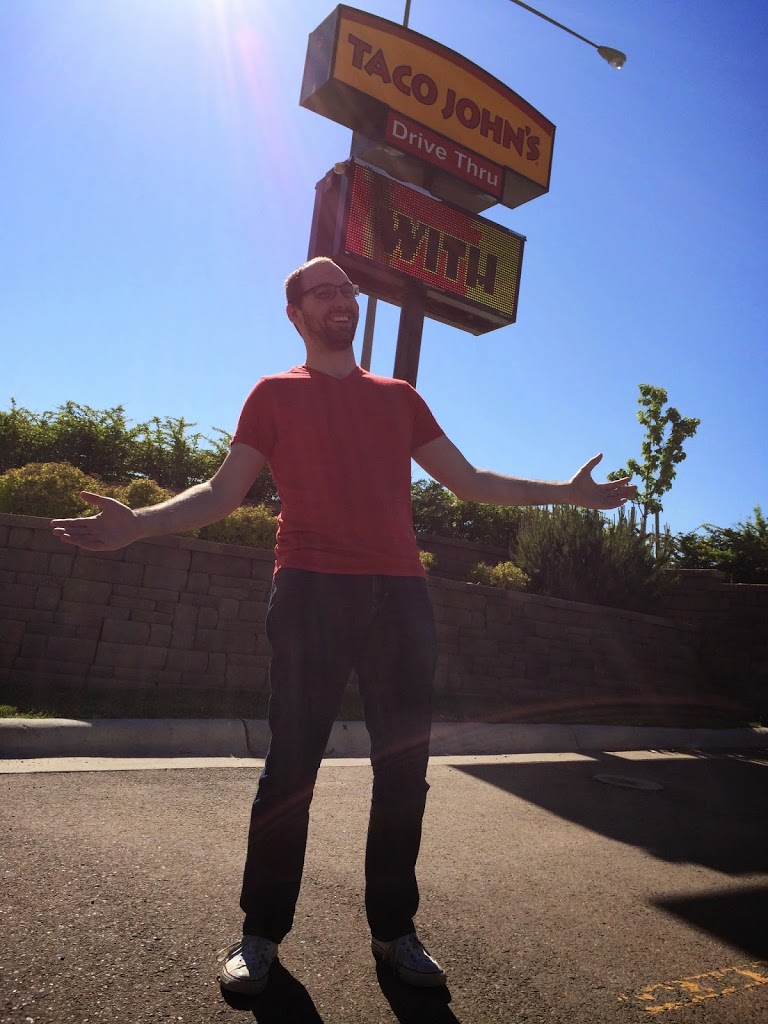 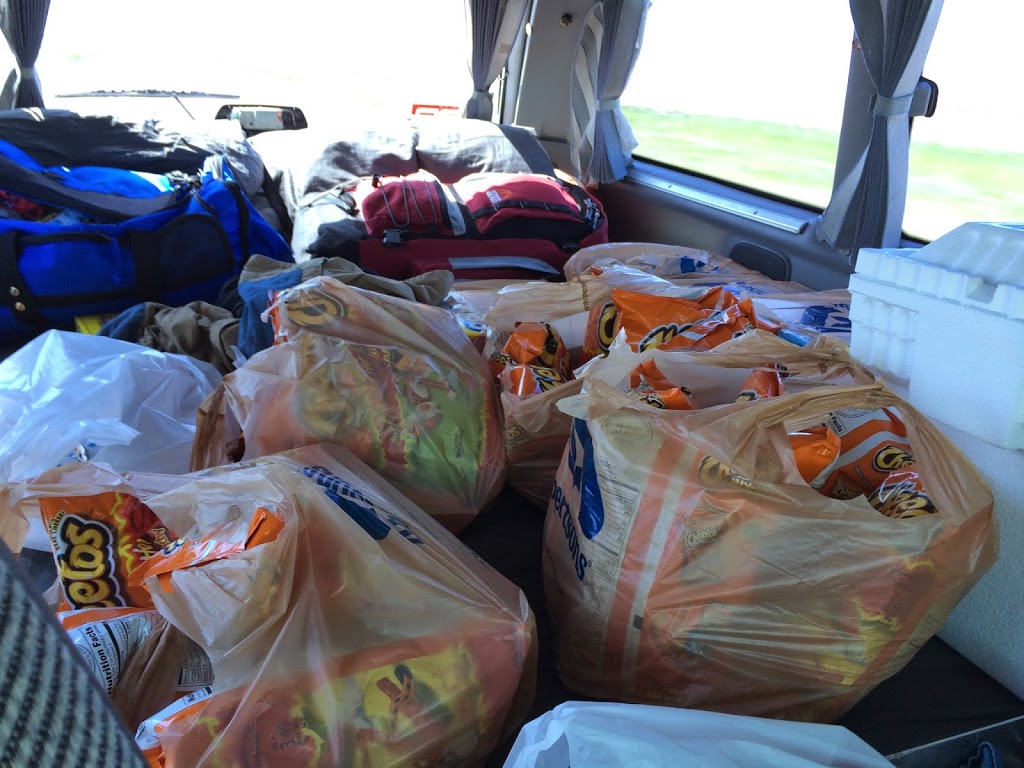 We got back into the city around 4:30 and unloaded and I went and picked up my Lexus. We figured the best way to end the vacation was to drop ourselves back into civilization cold turkey. We took my Lexus over to The Keg and grabbed some Mushrooms Neptune, Caesar salads and New York Striploins. I also ordered a lobster tail in the hopes of easing my pain from my previous cold lobster incident in Maine. Unfortunately John’s steak came overdone (while mine was done proper medium rare), and they forgot my lobster. In proper back-to-life fashion we didn’t take a picture of the food before starting to eat it. A good sign that the vacation was over, but bad news for the blog. Most of my experiences at The Keg have been hit or miss, so while disappointing, it was actually pretty normal too. 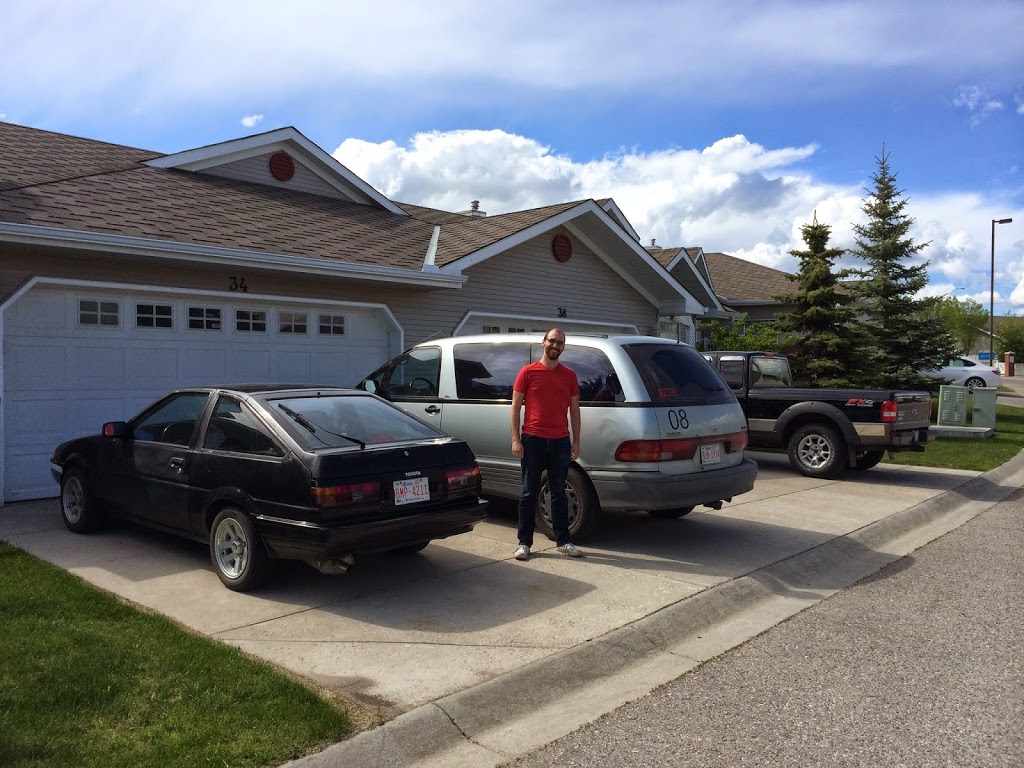 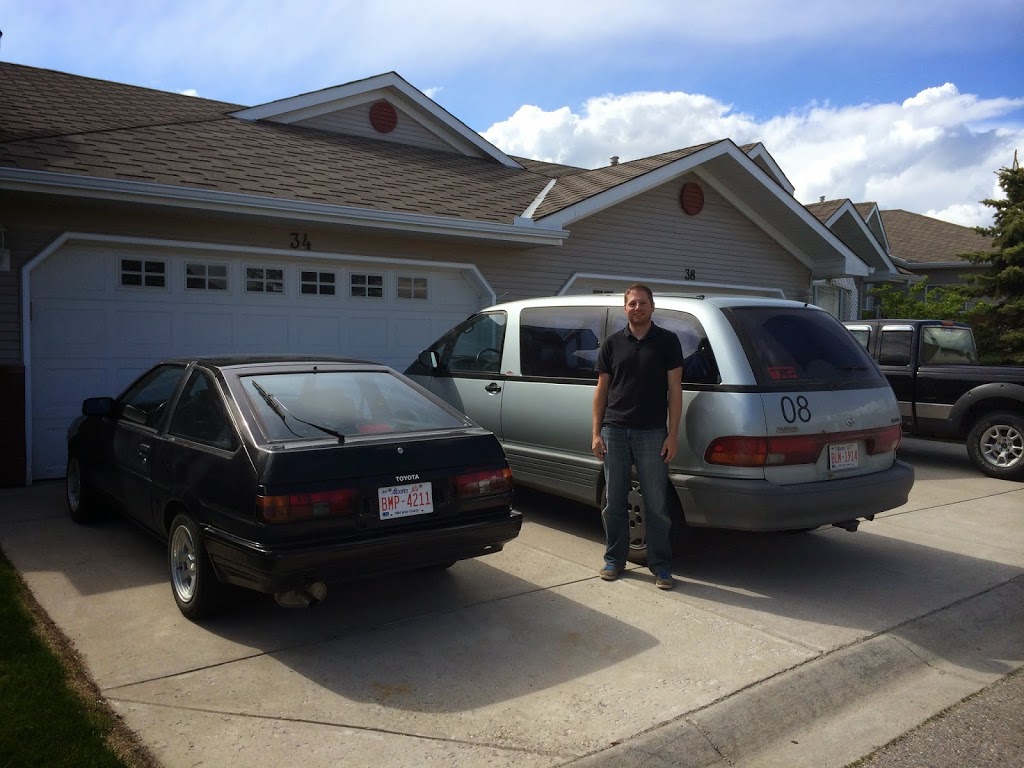 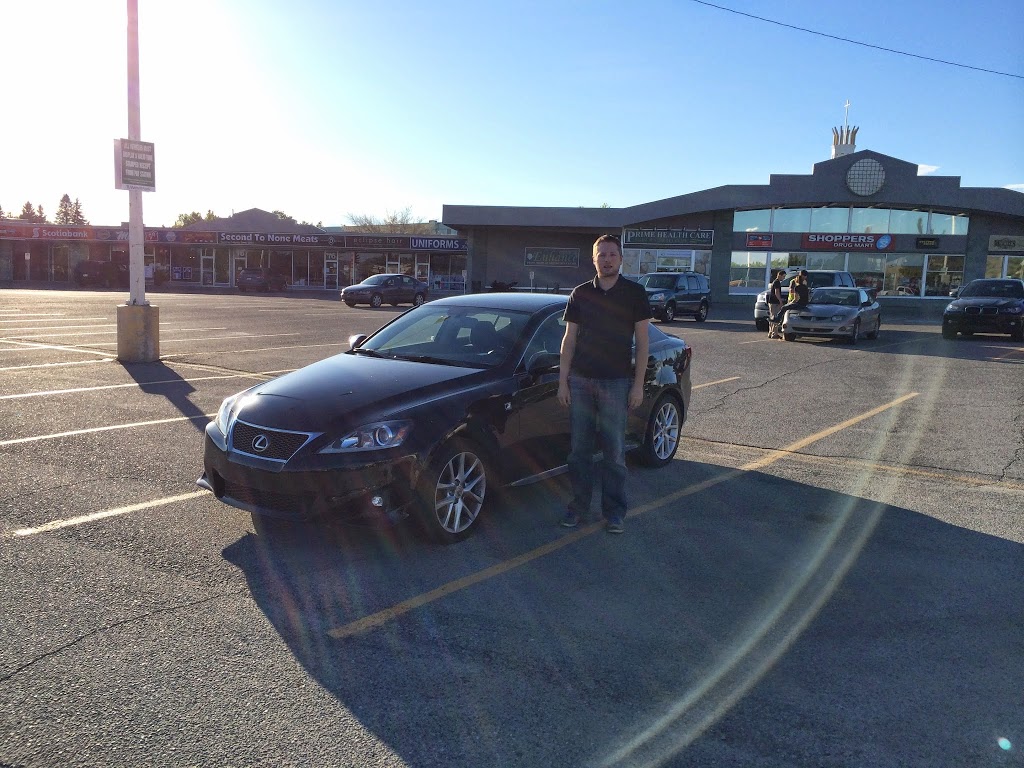 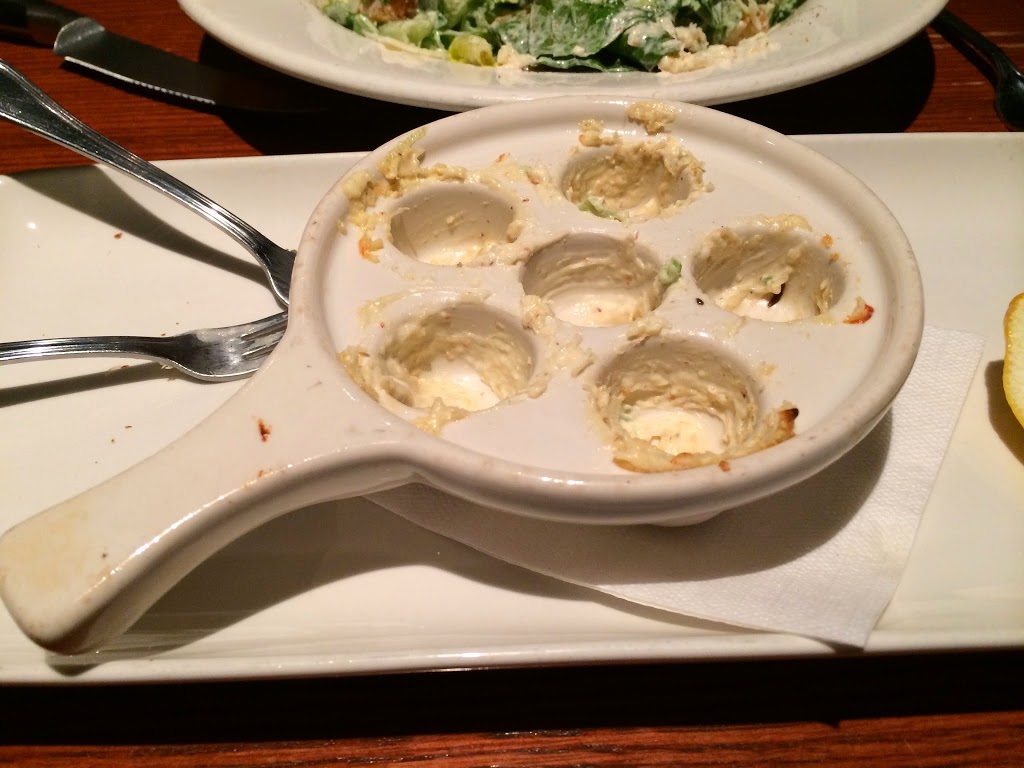 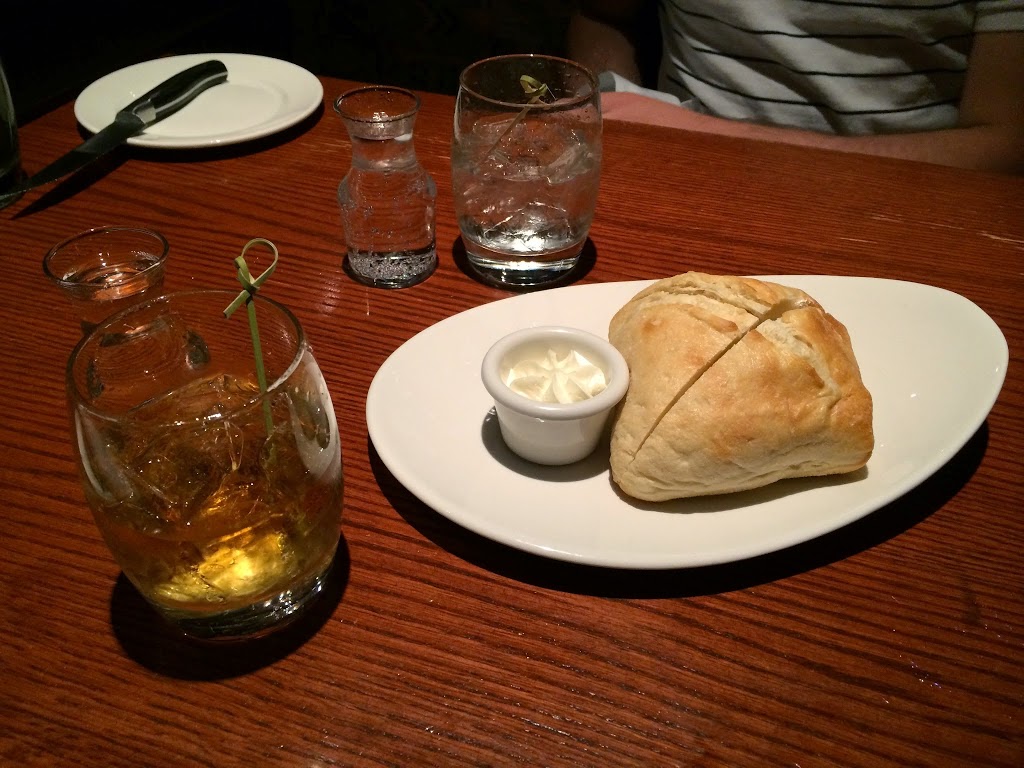 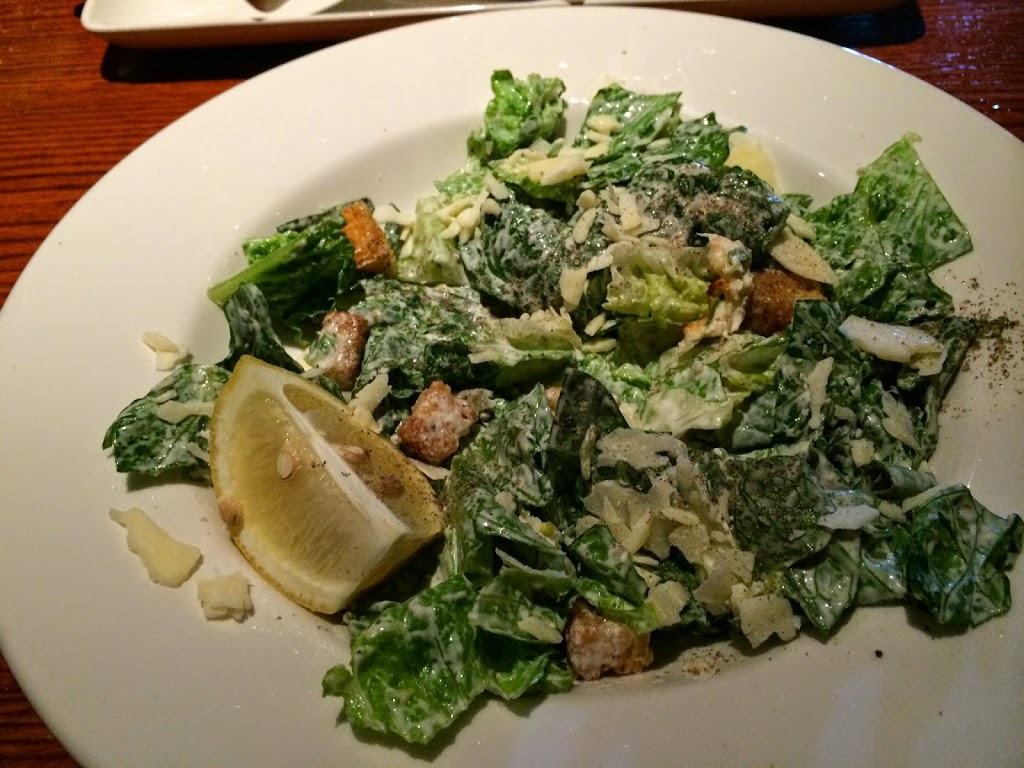 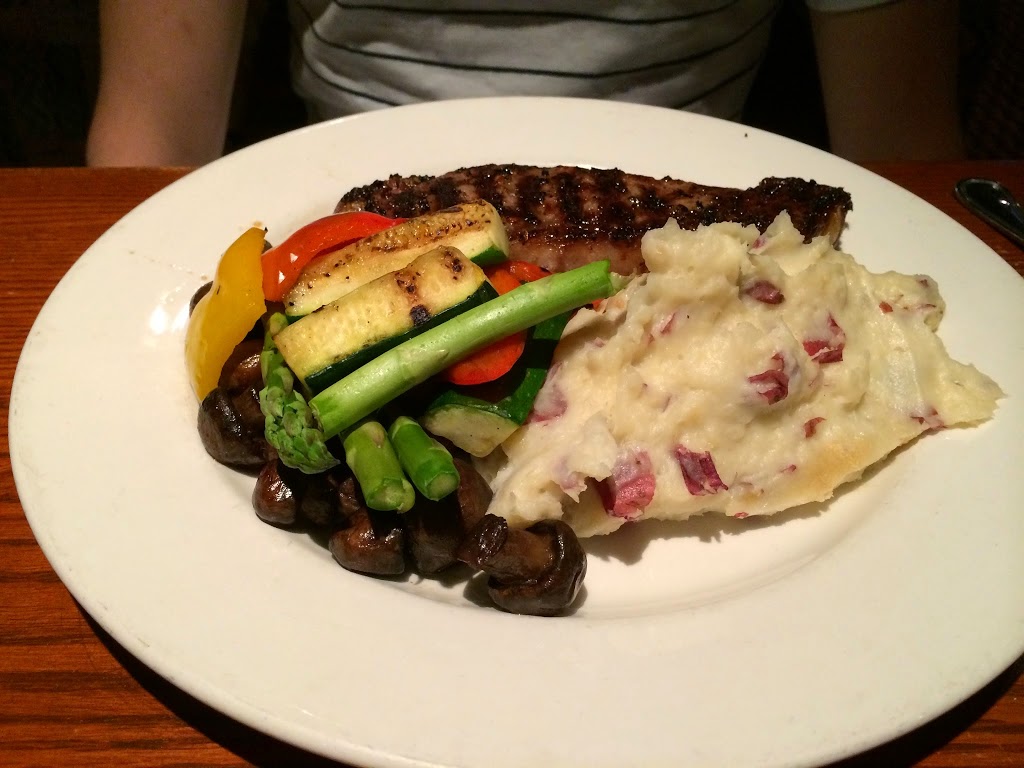 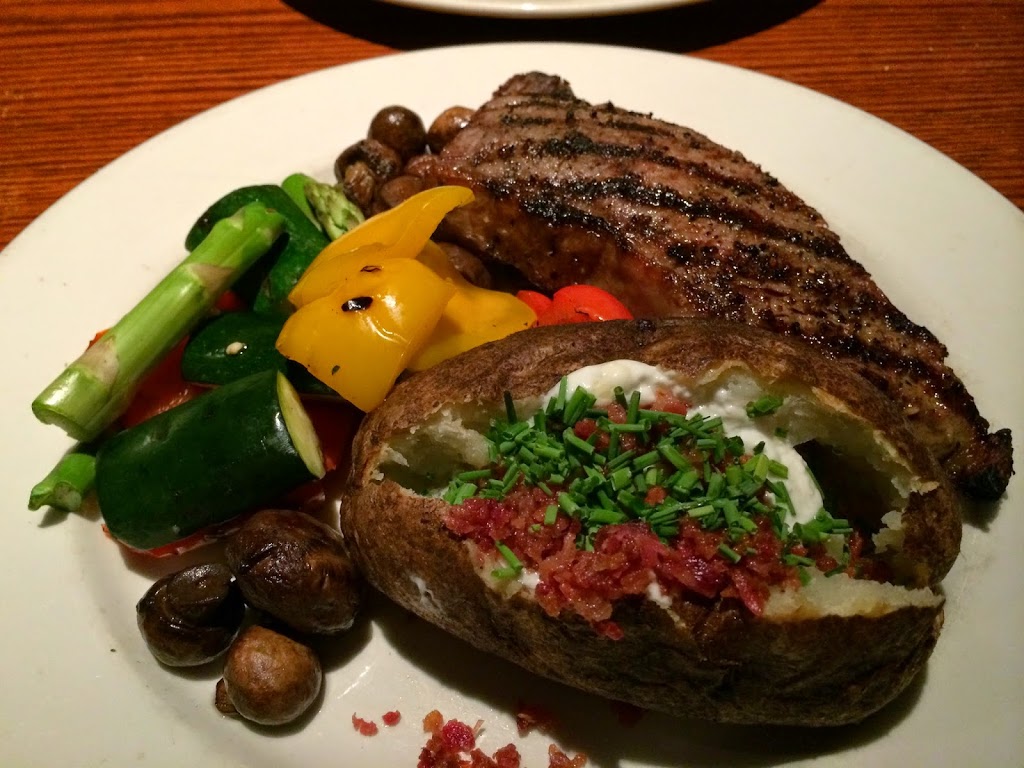 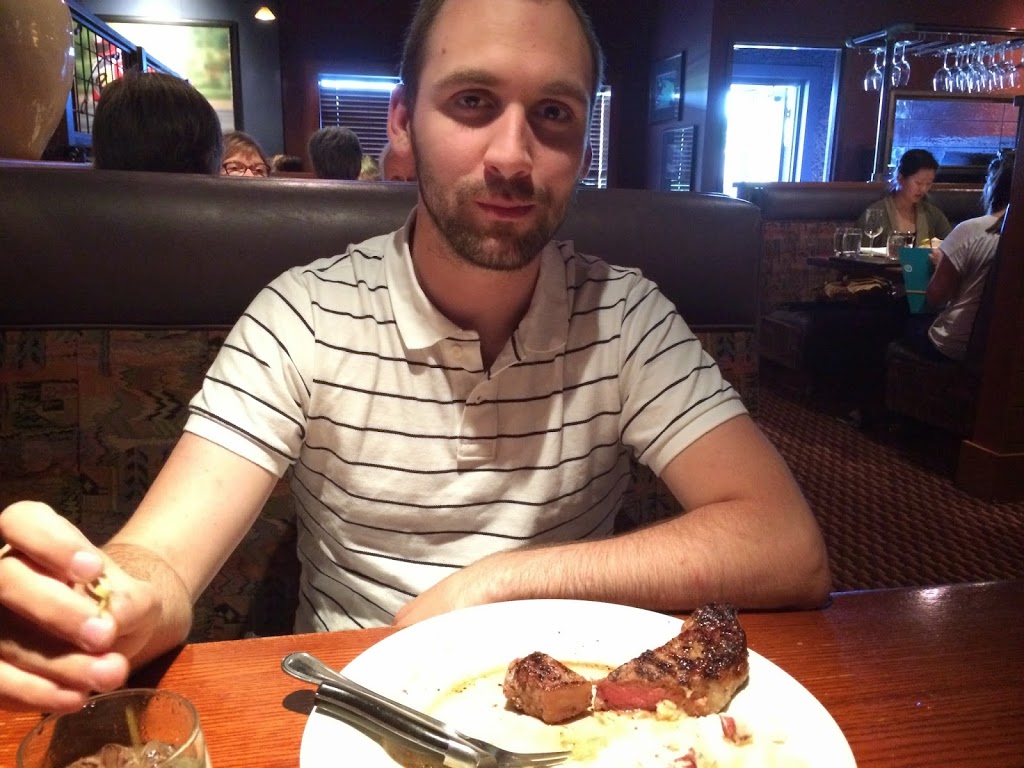 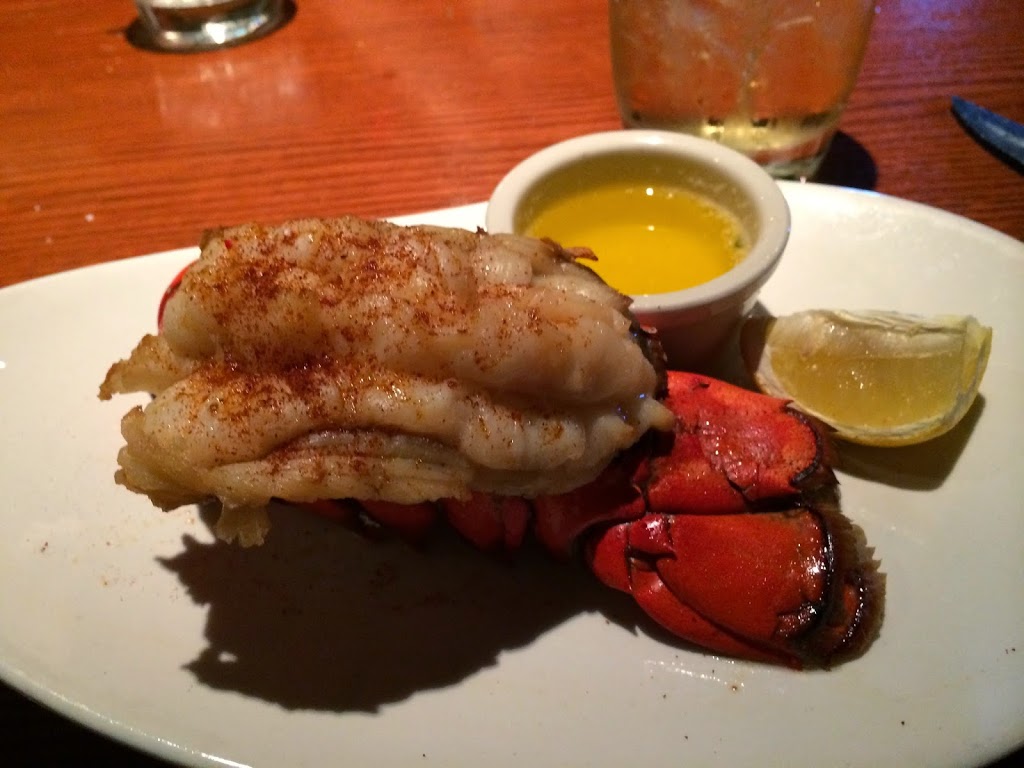 The adventure ends, and as we come back into Calgary, it feels like we are different people coming back to a different place. Everything is nice and green here, my lawn is in desperate need of a cutting, and work is back on tomorrow. I’ll try to get a few episodes of House in on Netflix before it’s all over.

Life continues on, the Mondor our precious Genius Egg will live to fight another battle. We’re back from one safari, but there will be more to come. The van is way more comfortable than any minivan from the 90’s has any right being.

Thanks for following along, I hope it was at least a portion as much fun as we had doing it.