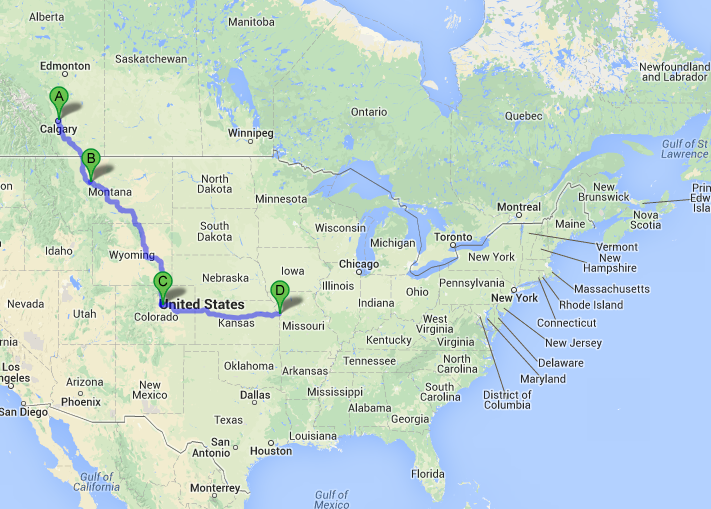 We woke up a bit earlier today as we actually had a timeline in mind and wanted to make sure we could get to Kansas City in time to eat some barbeque for supper. I just want to say, the van is awesome, so much better than the Tercel last time, it’s like sleeping in a really cheap motel instead of a terrible old car. Quality sleep is had, and the temperatures thus far, while on the cool side, have been nice enough that we haven’t had any issues. We don’t expect it to get much worse, though some places like Florida may prove to be a bit warm. The A/C is still working in the van, so that should help if we need it, especially the rear A/C, which still has a functional fan switch. 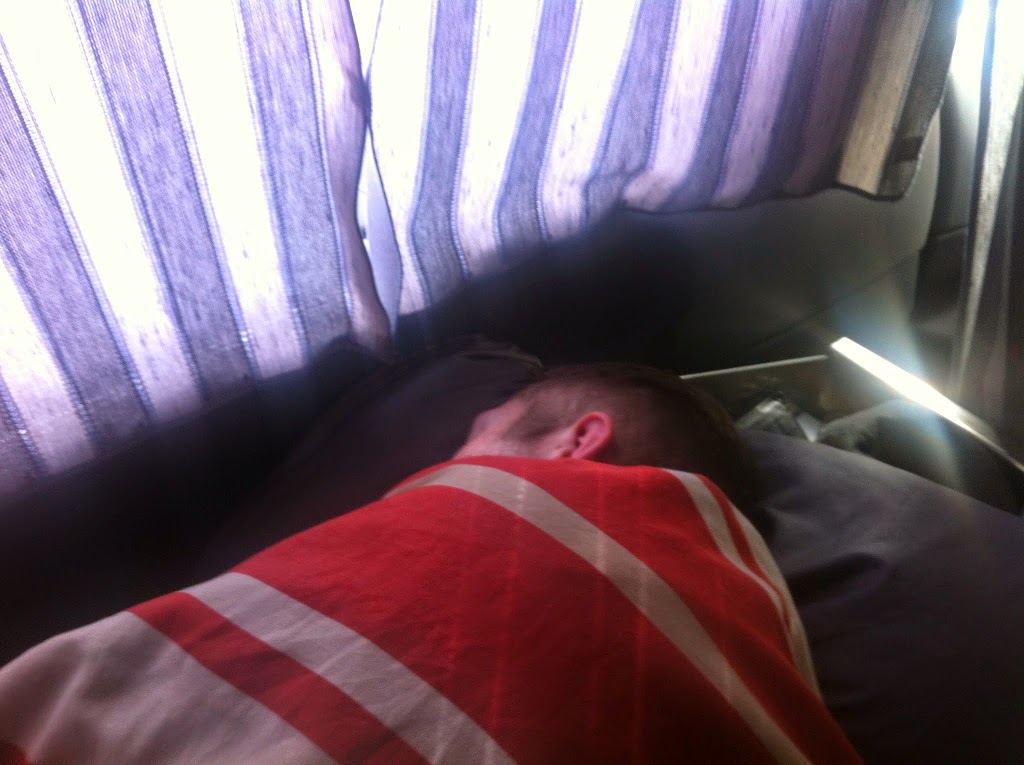 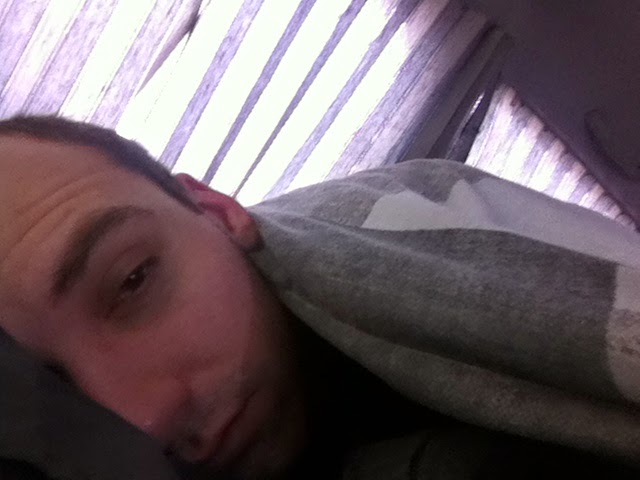 After showering at the Flying J and feeling refreshed, we hit the road and drove until we spotted a McDonald’s for some Wifi and lunch. Climate controlled, internet equipped low-nutrition feeding holes planted all the way down the highways. Love the stuff (though the actual food ordering will probably dwindle as time goes on). I had a Big Mac meal and John finally got that Quarter Pounder Deluxe he ordered yesterday. The food was, as expected, McDonald’s quality. They have their consistency down, I’ll give them that. 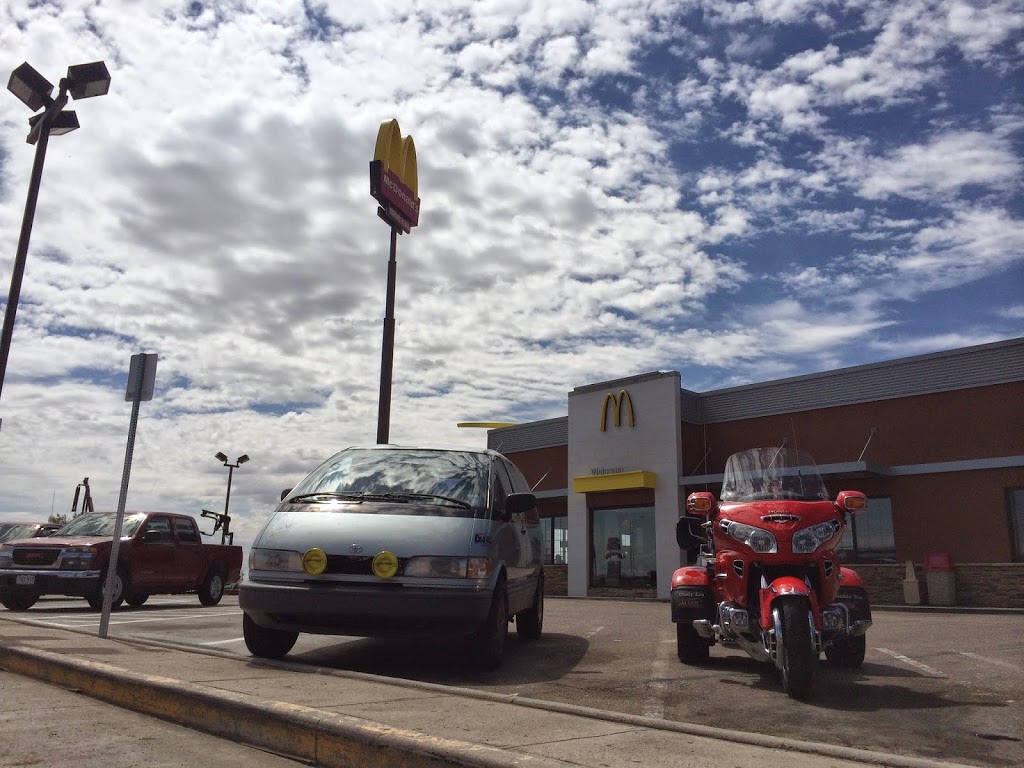 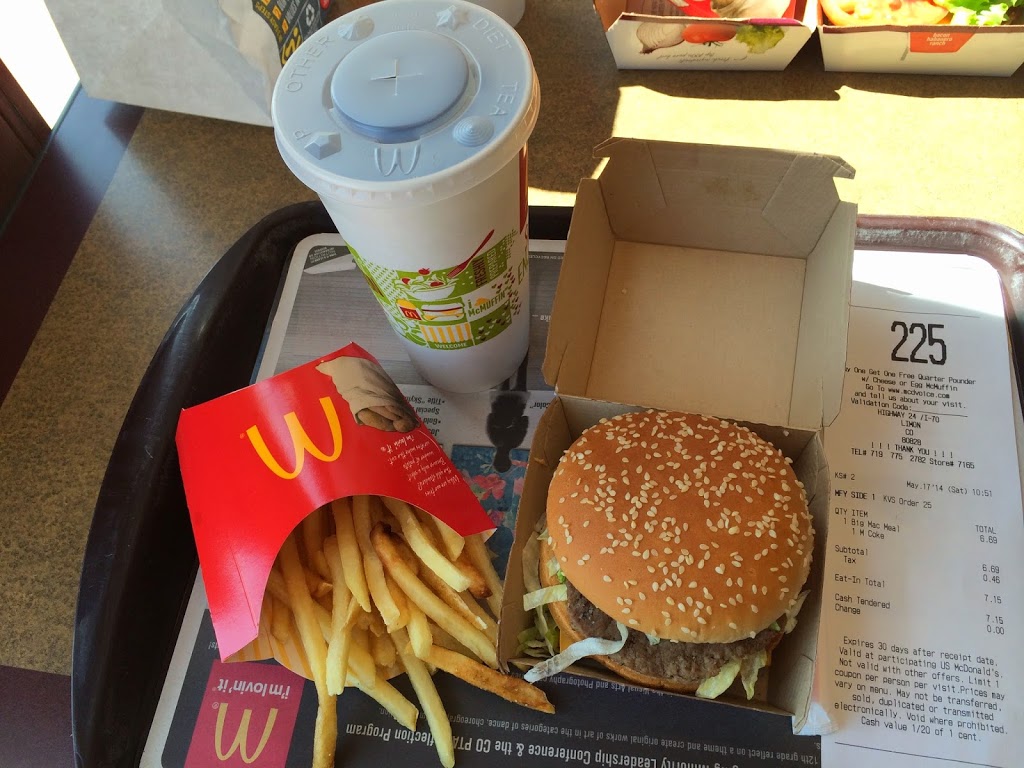 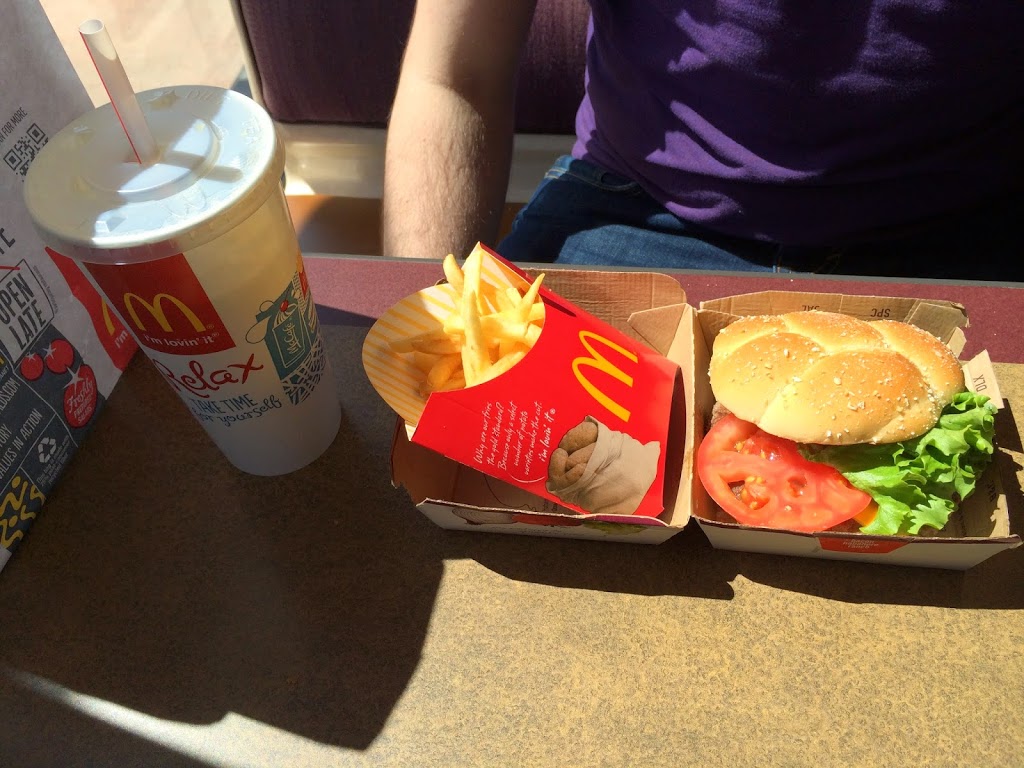 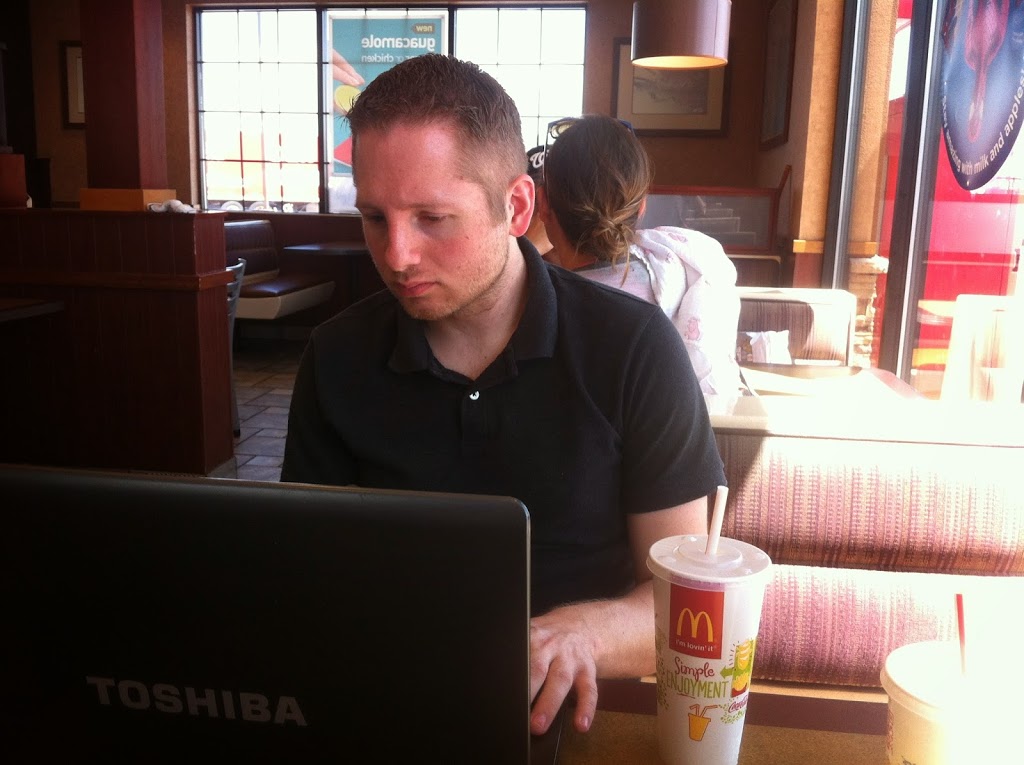 After leaving McDonald’s, we were back on the road and I called a Toyota dealership in Kansas City near one of our restaurant stops to find out when they’d be able to get us a blower switch. Unfortunately it is a special order and since we were calling on a Saturday, they wouldn’t be able to have it until Tuesday or Wednesday. We plan to be leaving Kansas City on Monday so that wasn’t going to work. We’ll need to call ahead to Memphis or somewhere else a day in advance so the part can be there when we arrive. Ideally I would like to get the switch before we reach Florida. 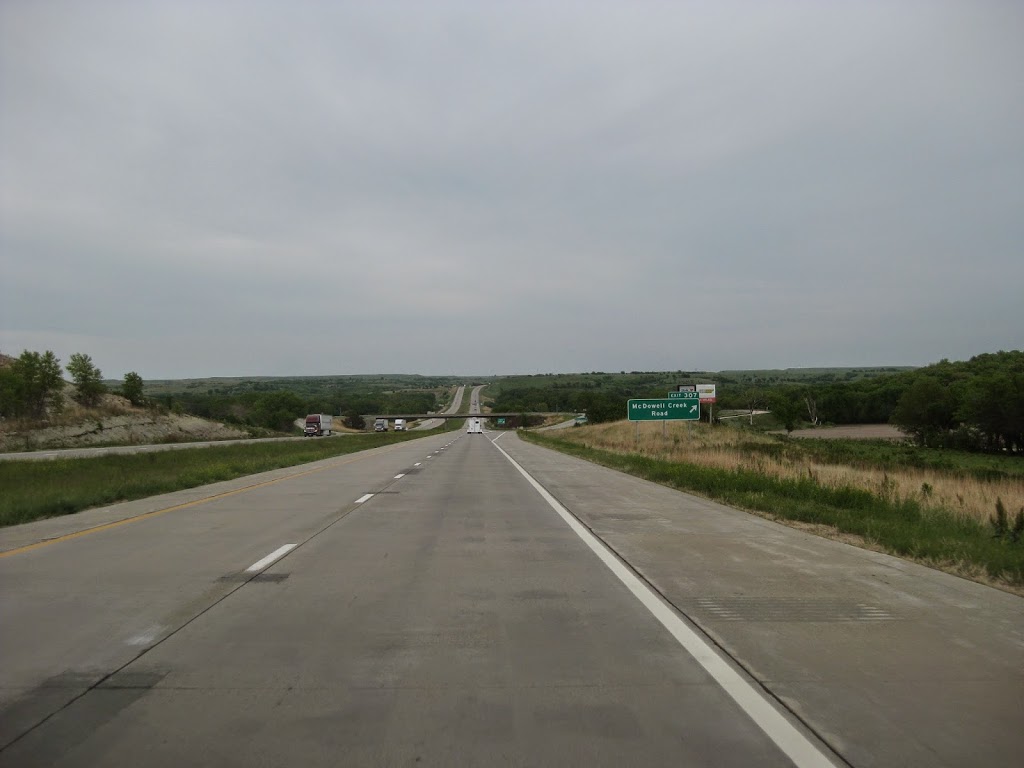 One of the more… interesting… conversation points while driving along many highways down here, especially once you start getting further south are the billboards and other signs along the road. We have officially entered the Bible belt, as can be indicated by the various signs along the side of the road, there have been some creepy Jesus signs, a ton of anti-abortion signs (including one that was semi-ambiguous that said “Abortion stops a beating” followed by a very faded drawing of a heart). Also there was a guy who apparently needed a kidney. Anyone got a spare kidney? 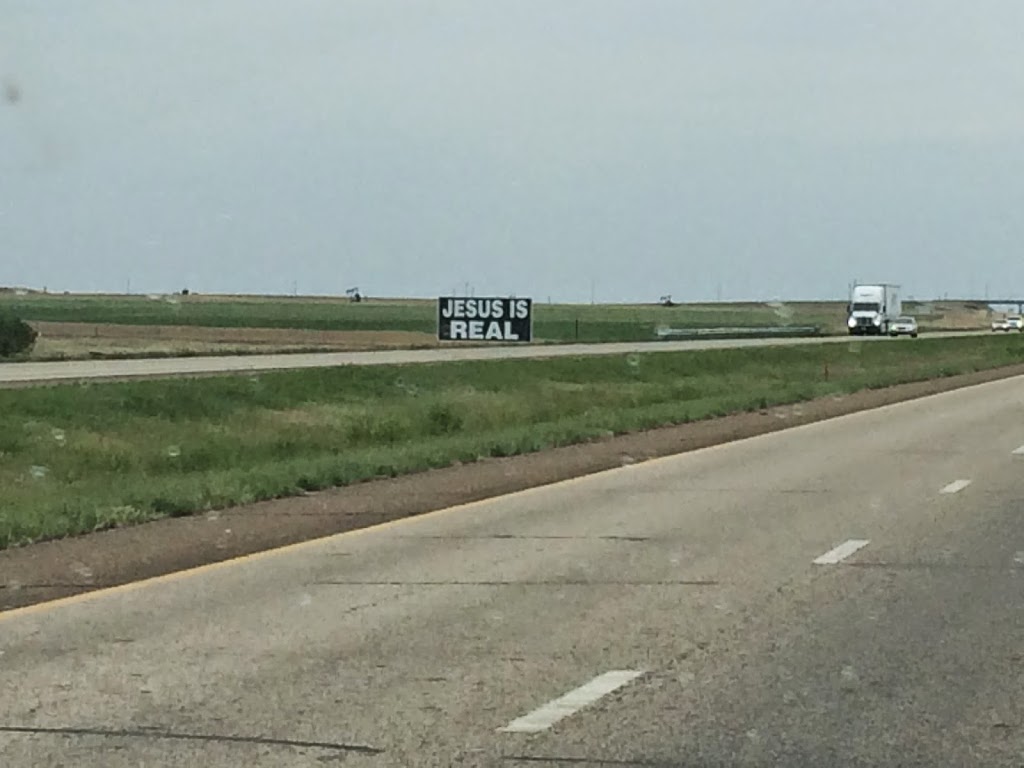 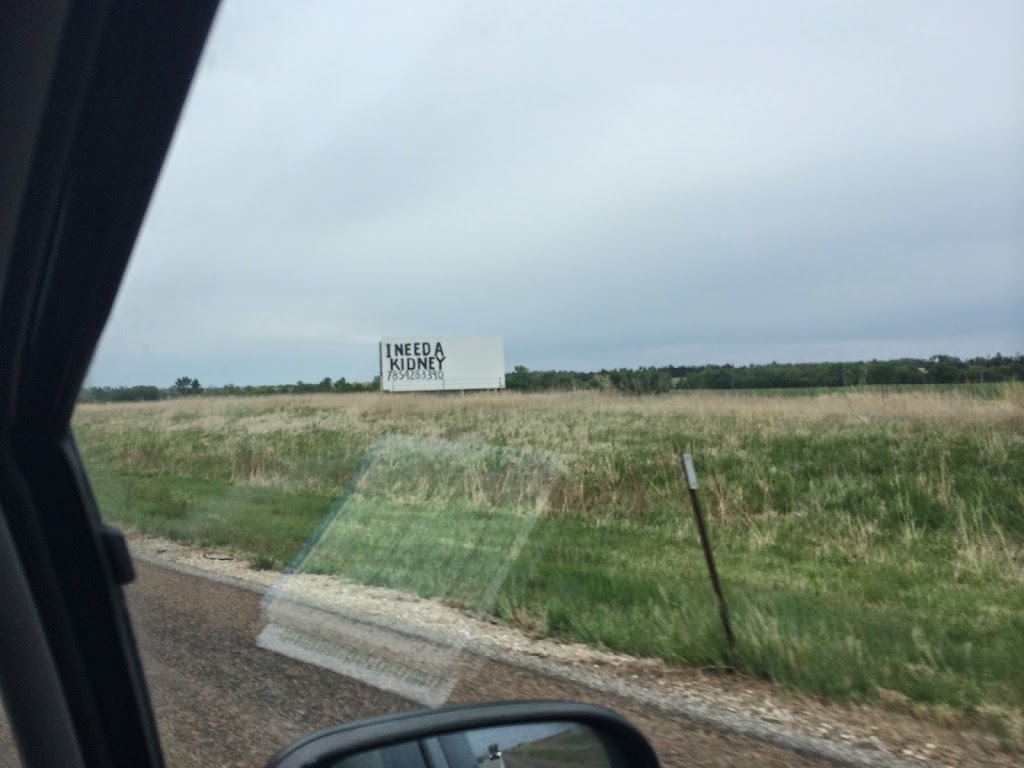 As we approached Kansas City and we were looking in the map book, we noticed that were was a poorly placed time zone on the way, which was going to cost us an hour of operating time at our favourite barbeque stops. I decided to check the hours of operation for Oklahoma Joe’s to see how much time we had and noticed that they were closed on Sundays. Not ideal, considering Sunday is the only day we will be spending on Kansas City. I then checked LC’s and found that they too are closed on Sundays. This was proving to be a problem, since we will only be able to eat at either of these places either tonight or on Monday morning before we leave Kansas City. A decision had to be made and we decided that we needed to get to both LC’s and Oklahoma Joe’s tonight in order to maximize the experience. LC’s closes at 9:00pm and Oklahoma Joe’s closes at 10:00pm so we were going to LC’s first and Oklahoma Joe’s second. The Previa doesn’t get particularly good gas mileage at much above 120km/h and we didn’t want to risk getting pulled over so we just kept motoring along at our current pace. Timing should all work out pretty well as long as nothing crazy happened. 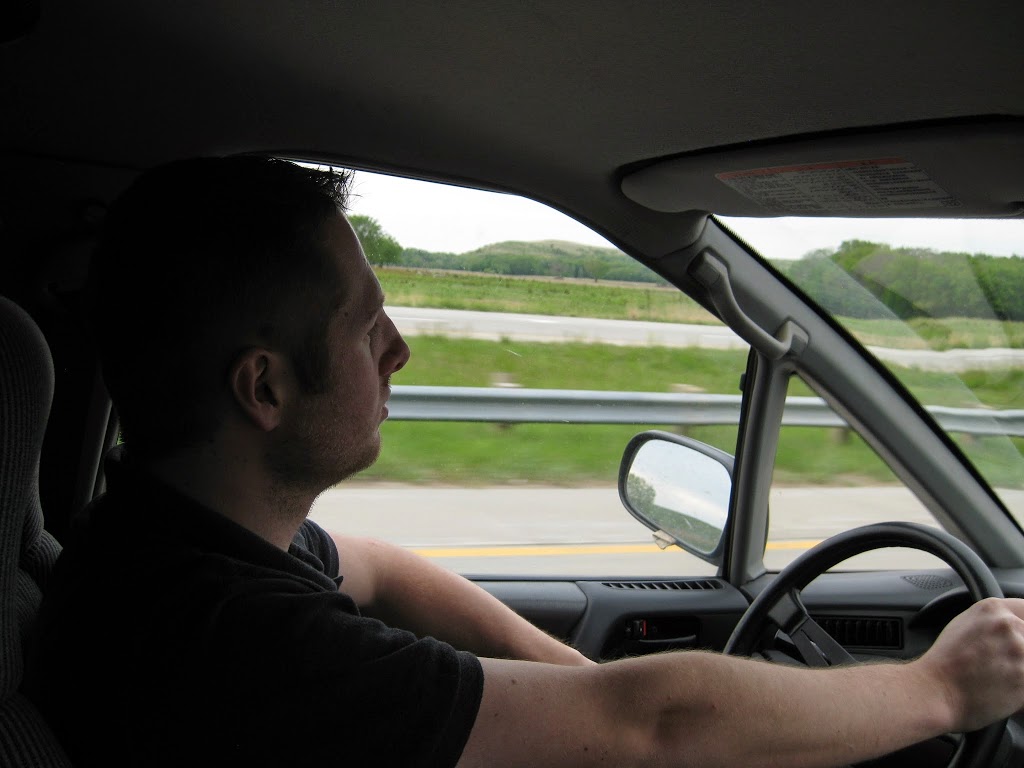 The I-70 is a toll road between Topeka and Kansas City, which isn’t really a big deal, but John has decided he wants to take as many pictures as possible to help spark his memory when he looks at them later (an idea I can get behind, though I don’t always think to take pictures as I am enjoying things). Since his phone doesn’t always take the best pictures, I brought along my point and shoot camera for us to use as well. The thing about that camera is that it enjoys using the flash, it has no respect for when you happen to be taking a picture of an unsuspecting bystander. Perhaps the toll-booth operator at the end of the I-70 Turnpike, even. He was looking around for a good 15-20 seconds trying to see where that flash came from before we drove away. 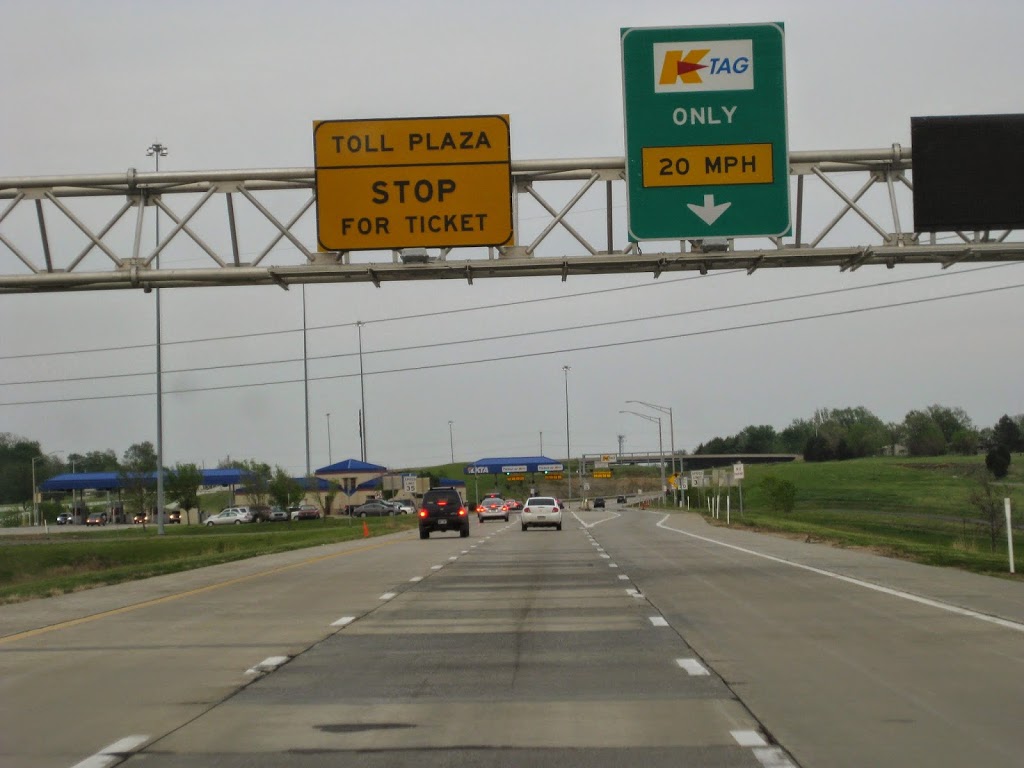 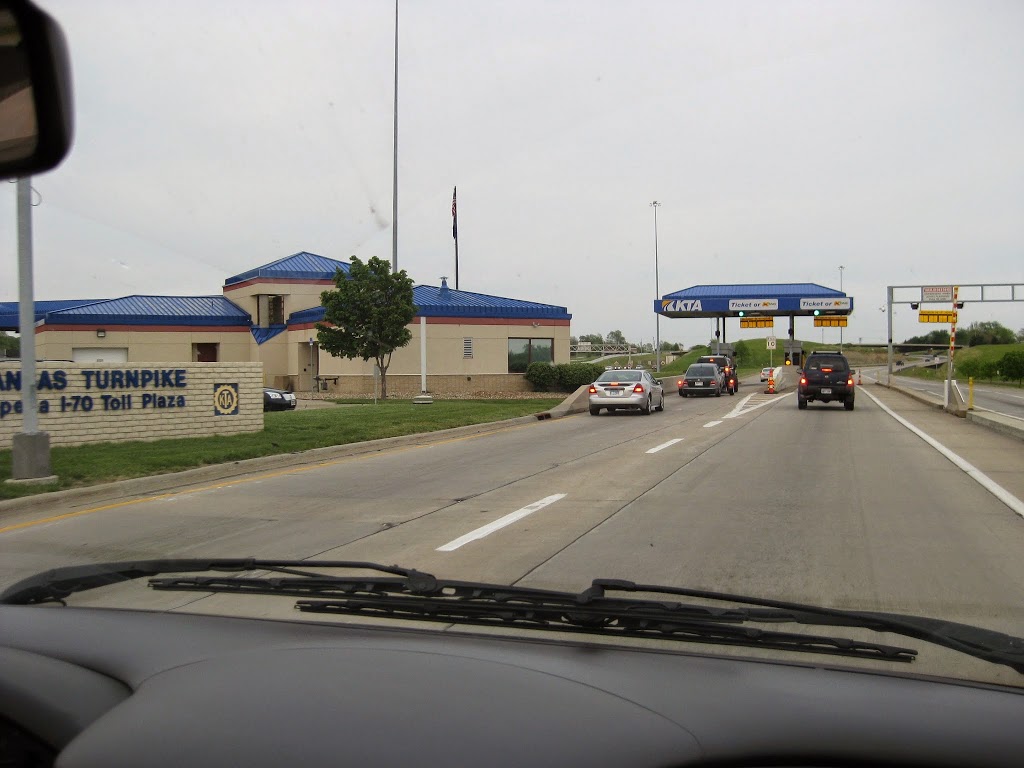 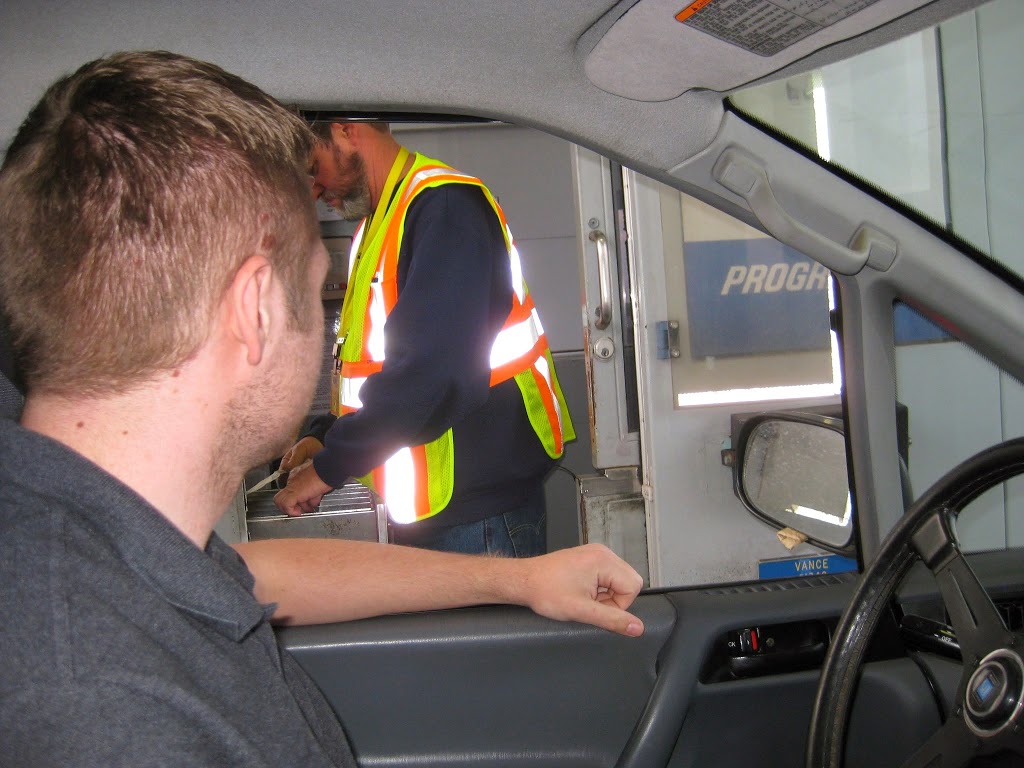 We got into Kansas City at 8:00 and made our way over to LC’s, arriving at about 8:20. LC’s is kind of a low-key, slow-paced place and when they get a lot (or not even that much) of business, they seem to get a bit lost in it all. It took a bit longer than expected to get our food, but when it arrived it… was… unbelievable. We both got the same beef brisket sandwich with fries, a goodly sized sandwich full of some of the most amazing brisket I’ve had outside of Oklahoma Joe’s. There were no survivors, even as we tried to pace ourselves for the second supper yet to come. 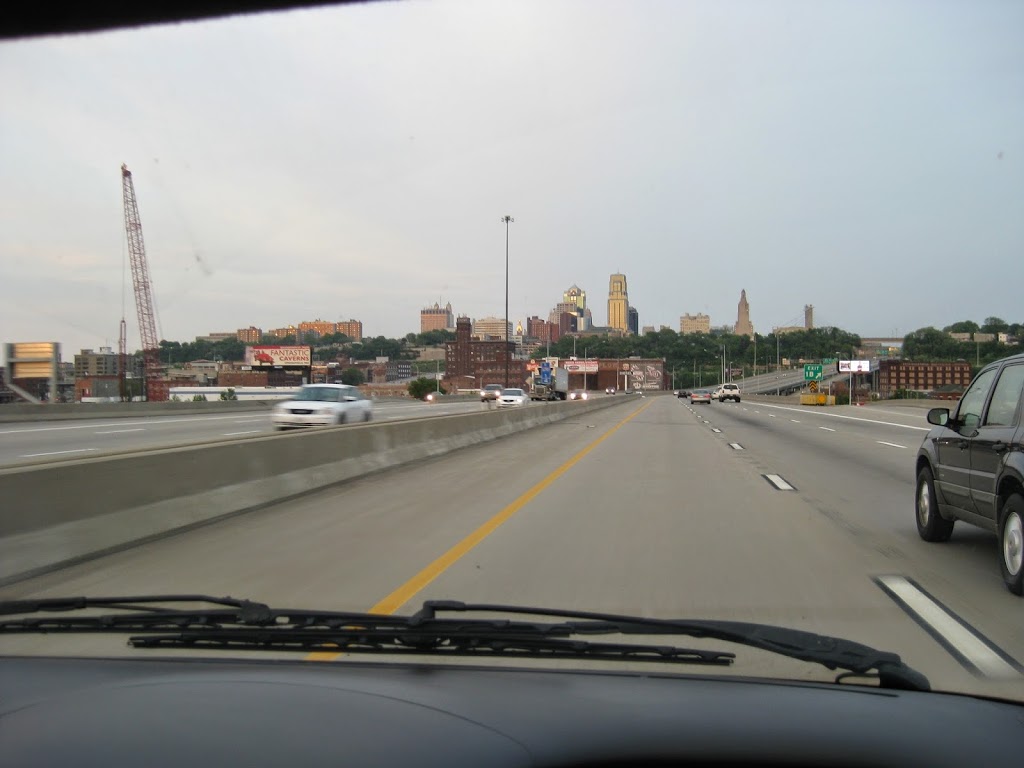 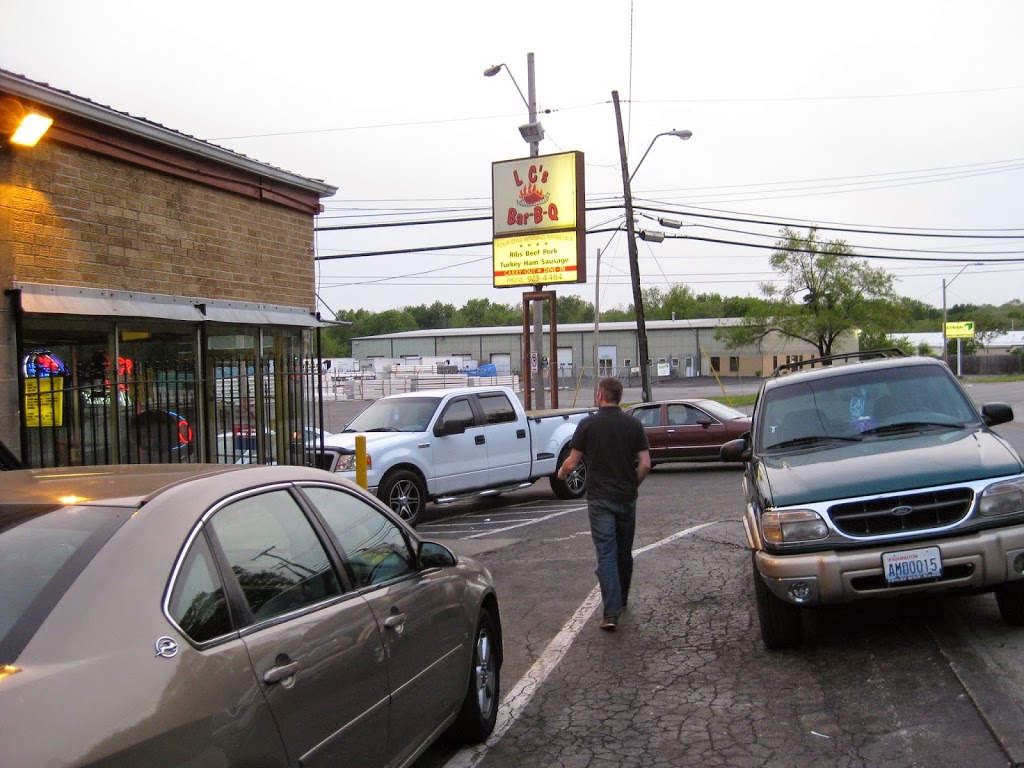 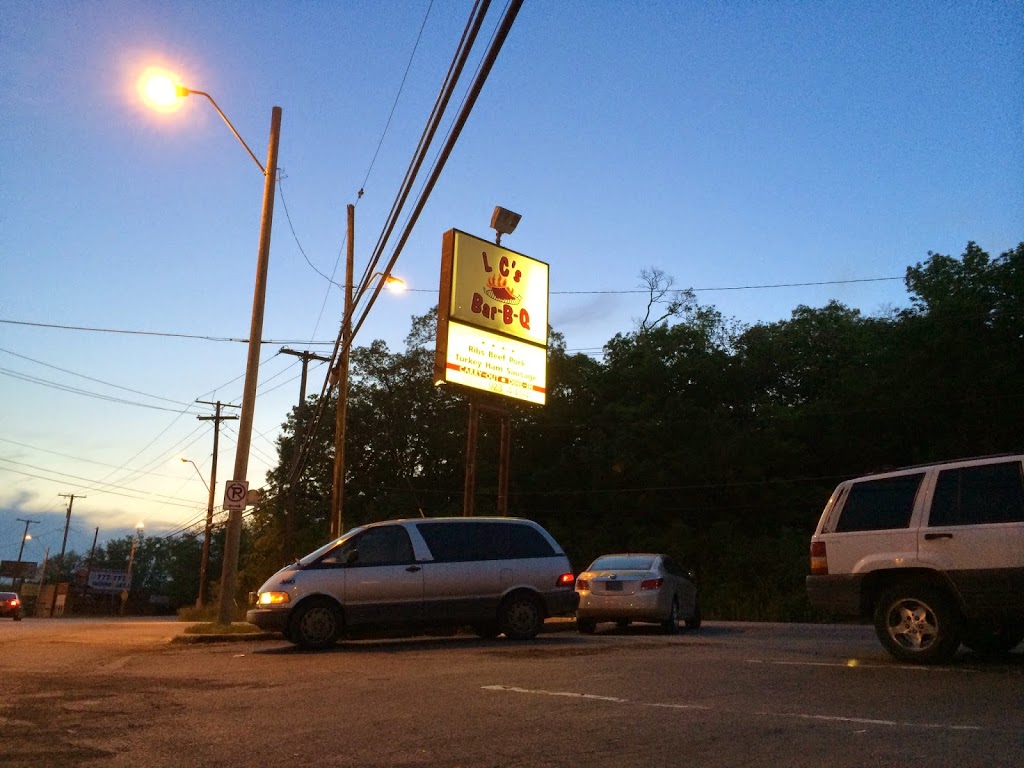 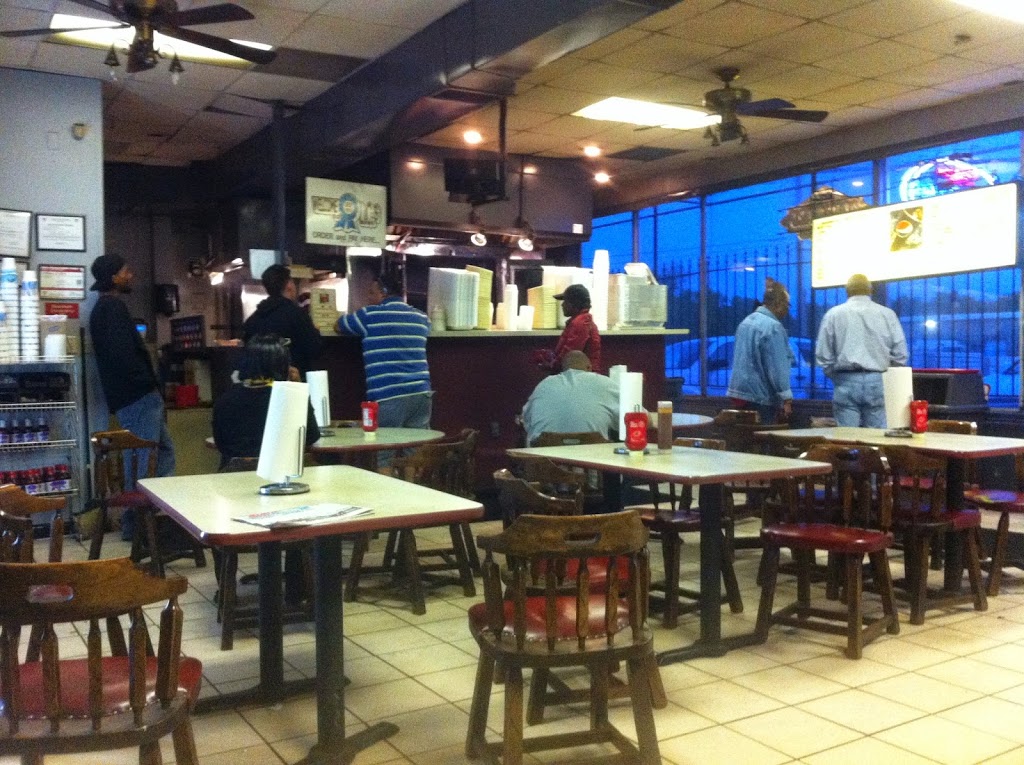 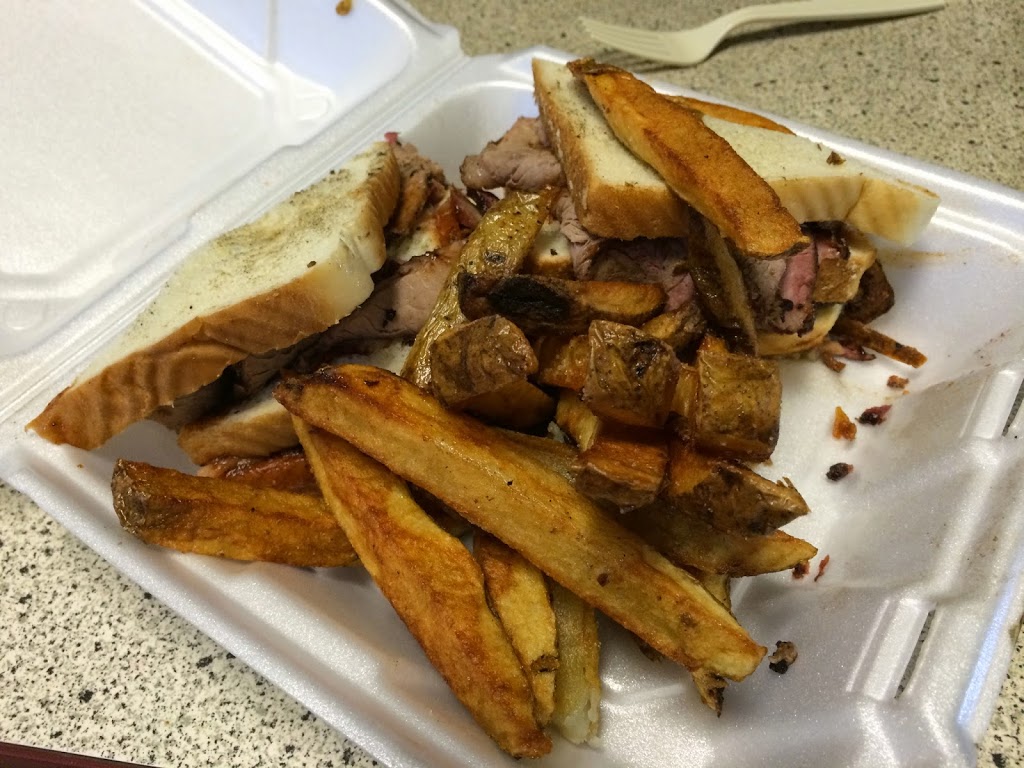 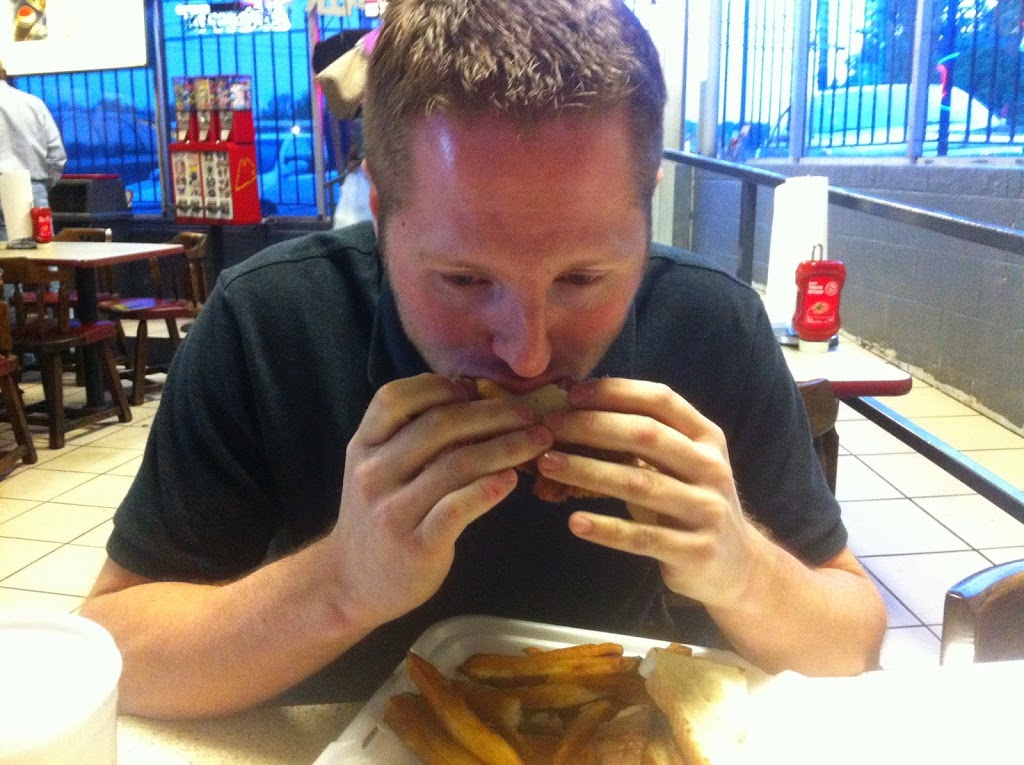 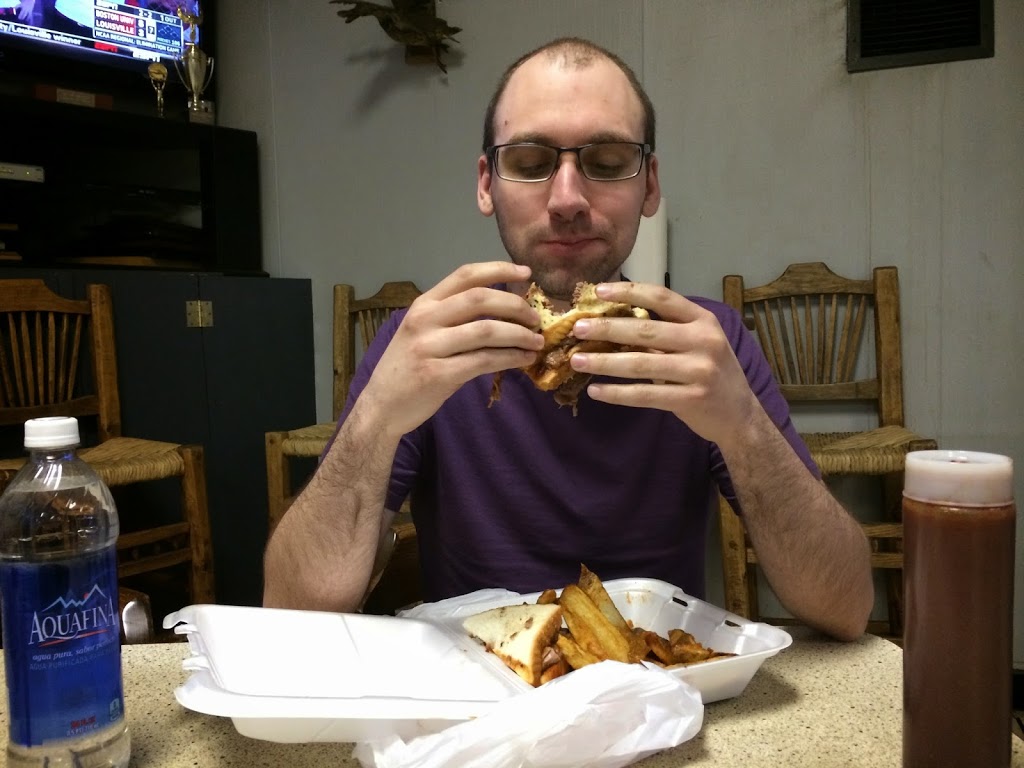 We jetted out of LC’s and headed down the road over to Oklahoma Joe’s, arriving at around 9:20. It was, as per usual, packed. We stood in line until 10:00 to order, and when we did we decided we would not make any mistakes ordering too little food. We both ordered a full rack of ribs with cole slaw and beans. A meal large enough for much larger people who had not eaten just over an hour before, but it seemed it just had to be done. There was no other possibility. There were some survivors, we ended up taking about half the food with us to go, but at least we’ll be able to have some Oklahoma Joe’s tomorrow when they’re closed. I really wish that there was some way I could explain how good these ribs are, because no words can do it justice. I’ve tried on multiple occasions. You have to experience it yourself, there’s just no other way, it’s not possible. 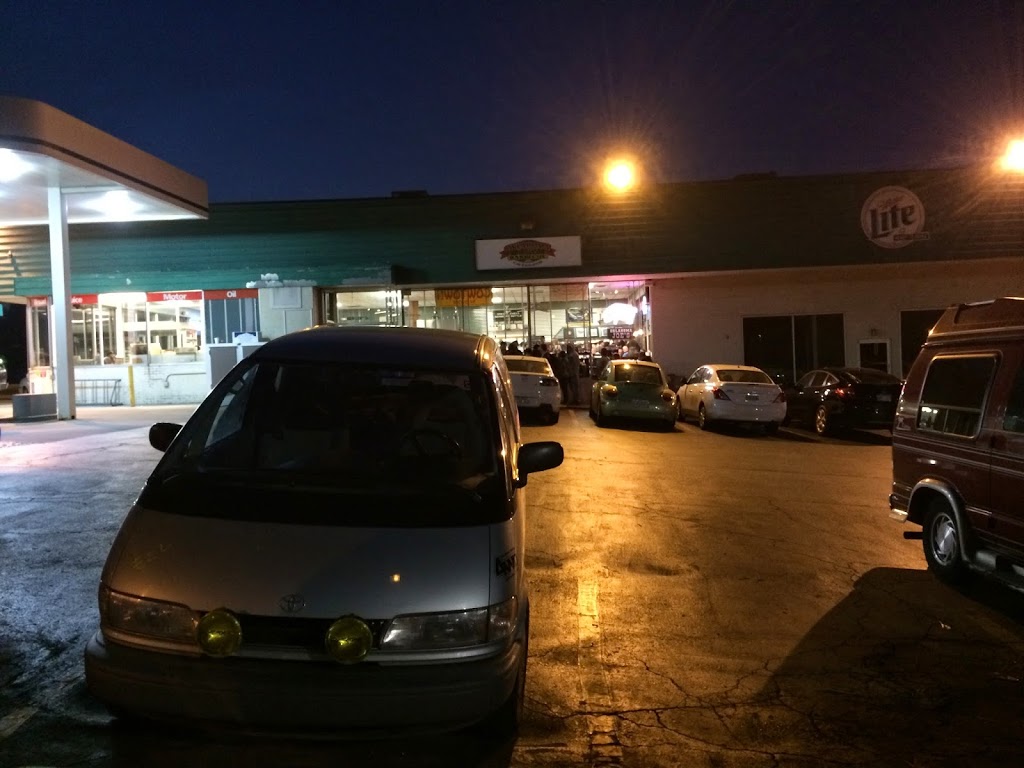 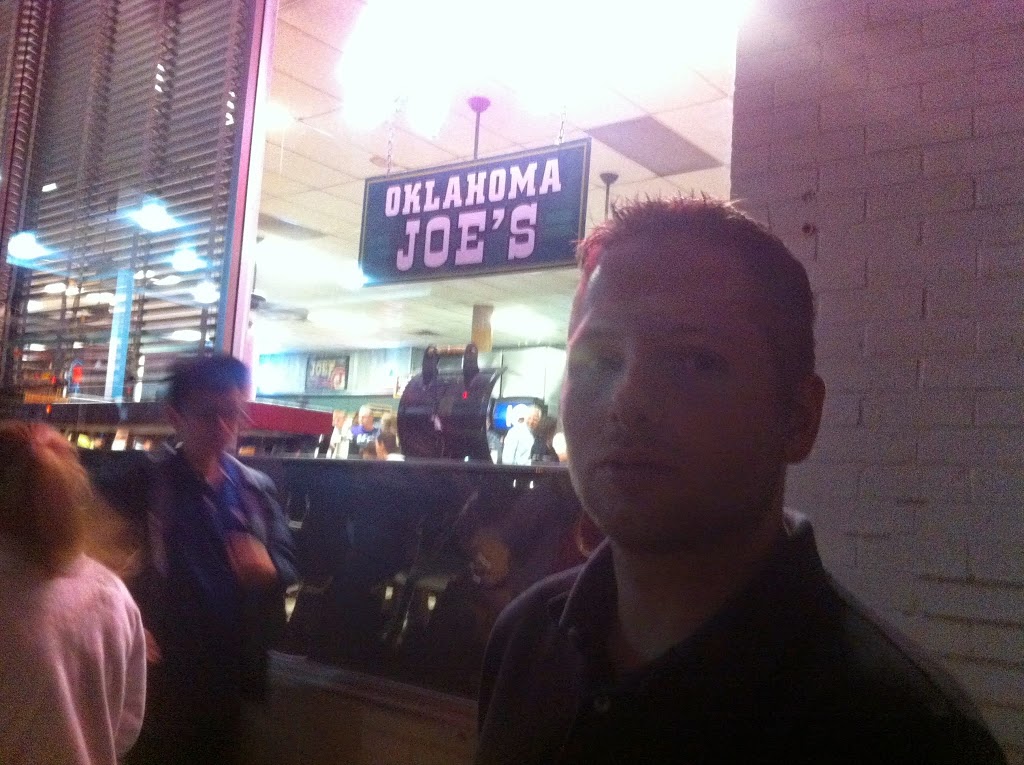 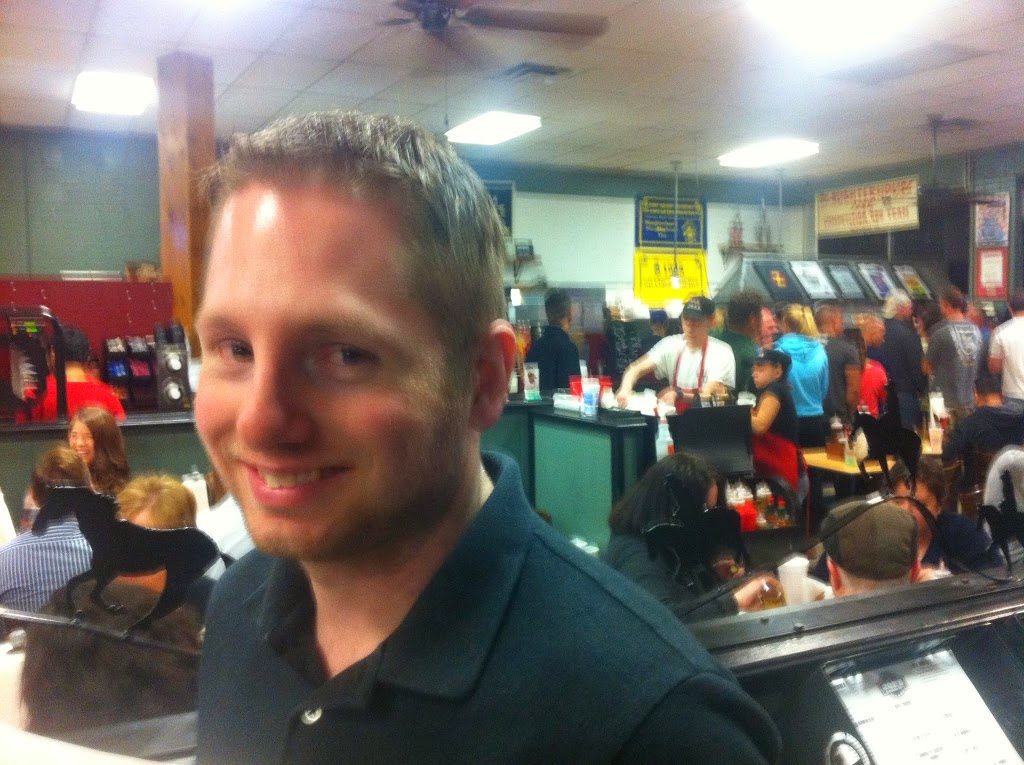 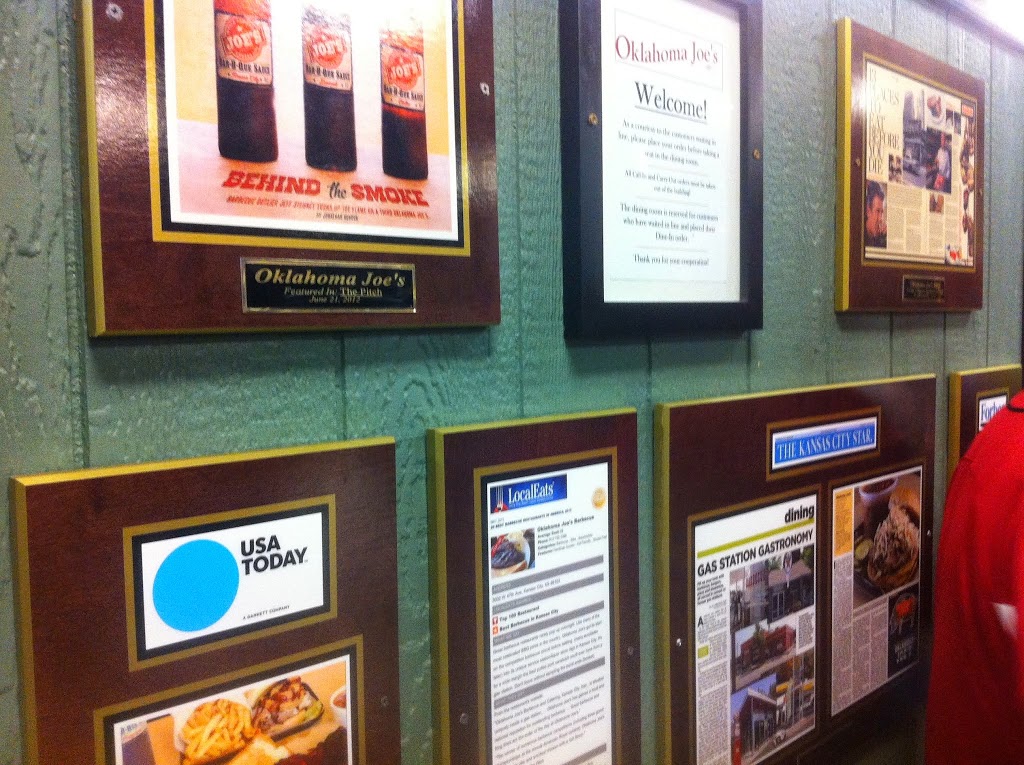 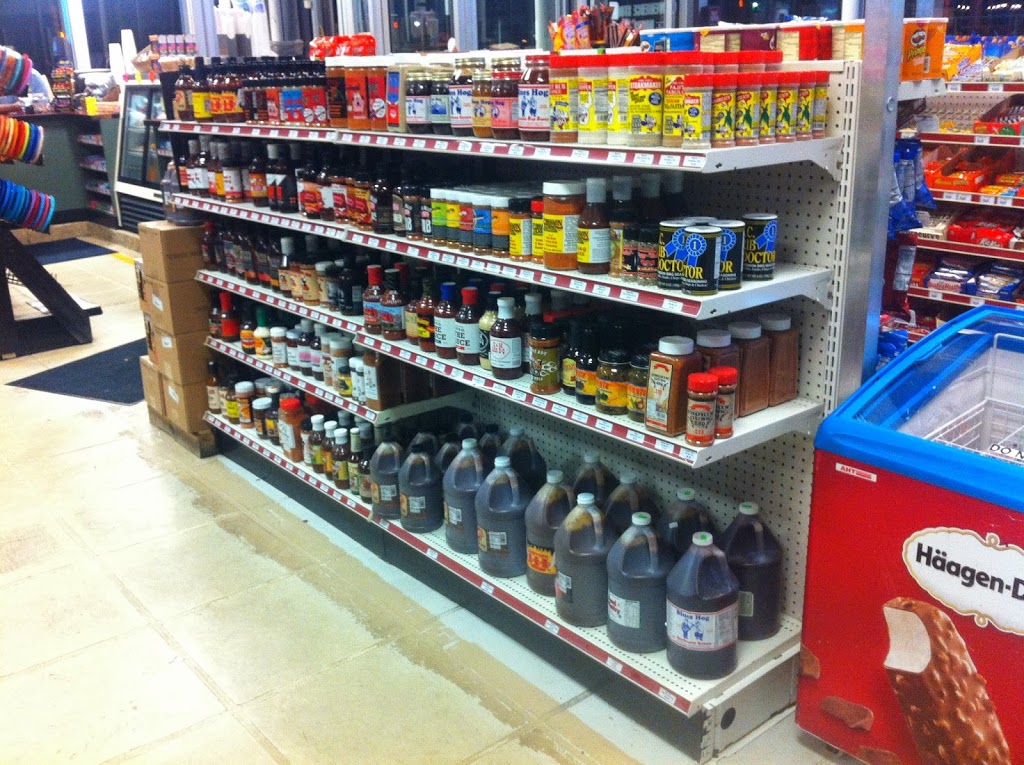 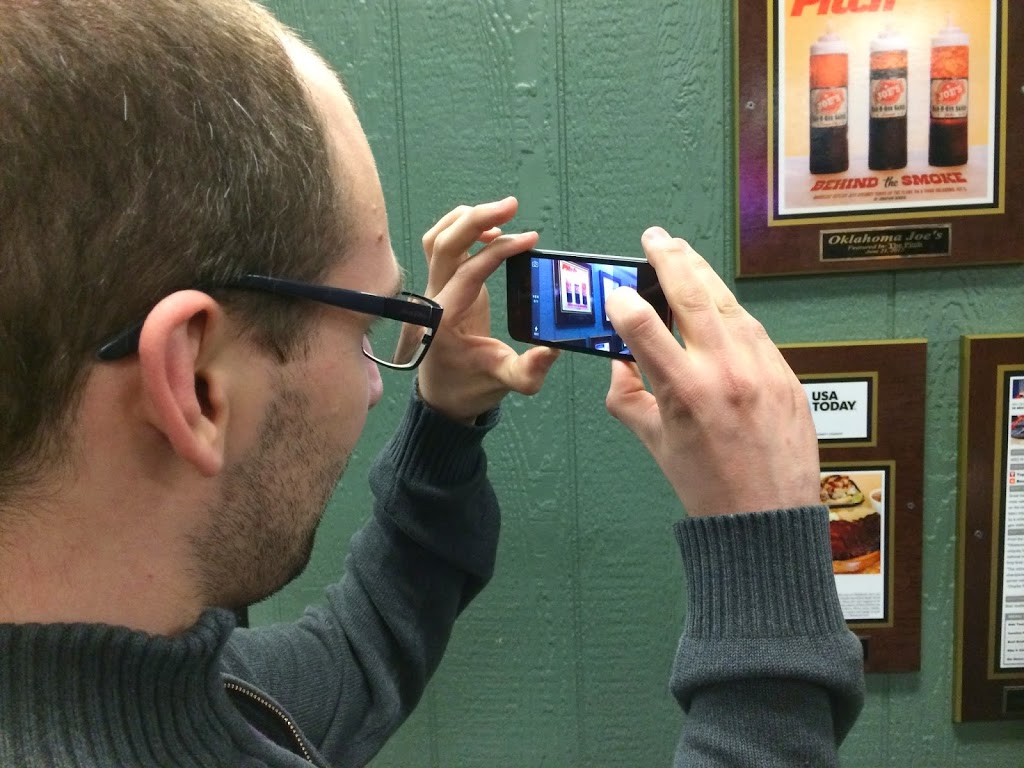 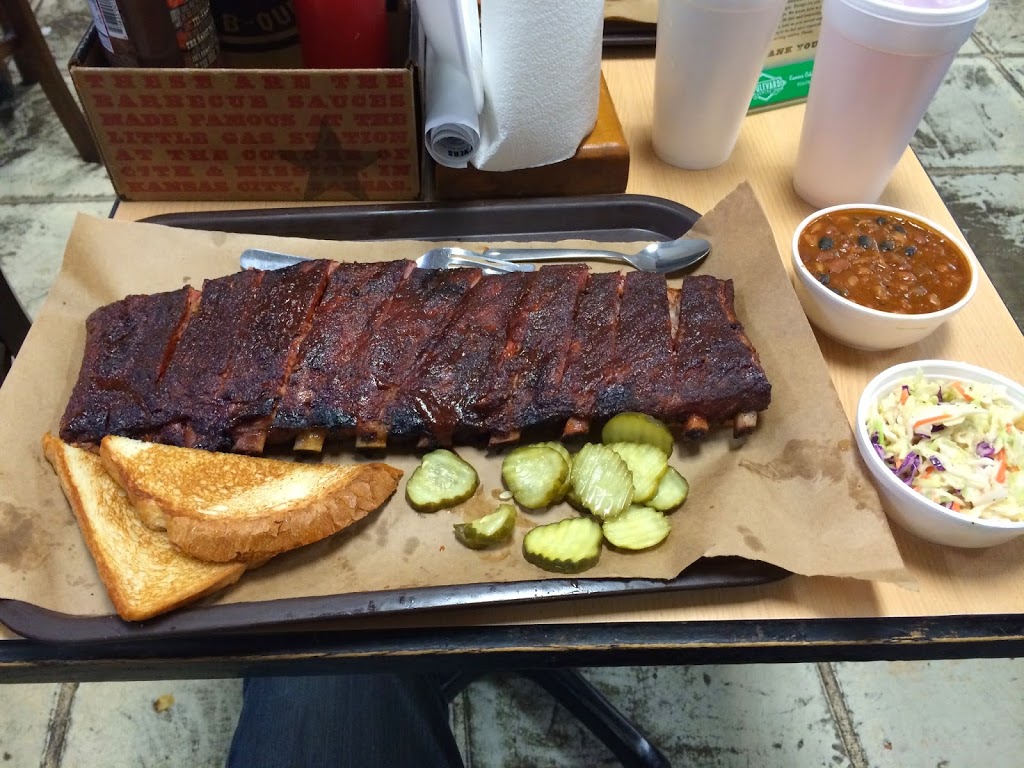 After our meat overload we headed up to the Flying J that Joel and I spent 3 days at back in 2011 only to find it under construction with signs stating a maximum parking stay of 60 minutes. Disheartened at the lack of a Flying J we headed up north to Pilot Travel Center about 20 miles north of the Flying J, it will be a longer drive back, but it will serve our purposes just fine. You’ve let us down Flying J. We loved you. After getting to our not Flying J resting spot, we watched a couple of episodes in the back (with glorious sound I might add, the Previa actually sounds pretty good) before falling asleep, and with nowhere to go tomorrow, we’ll be sleeping in. 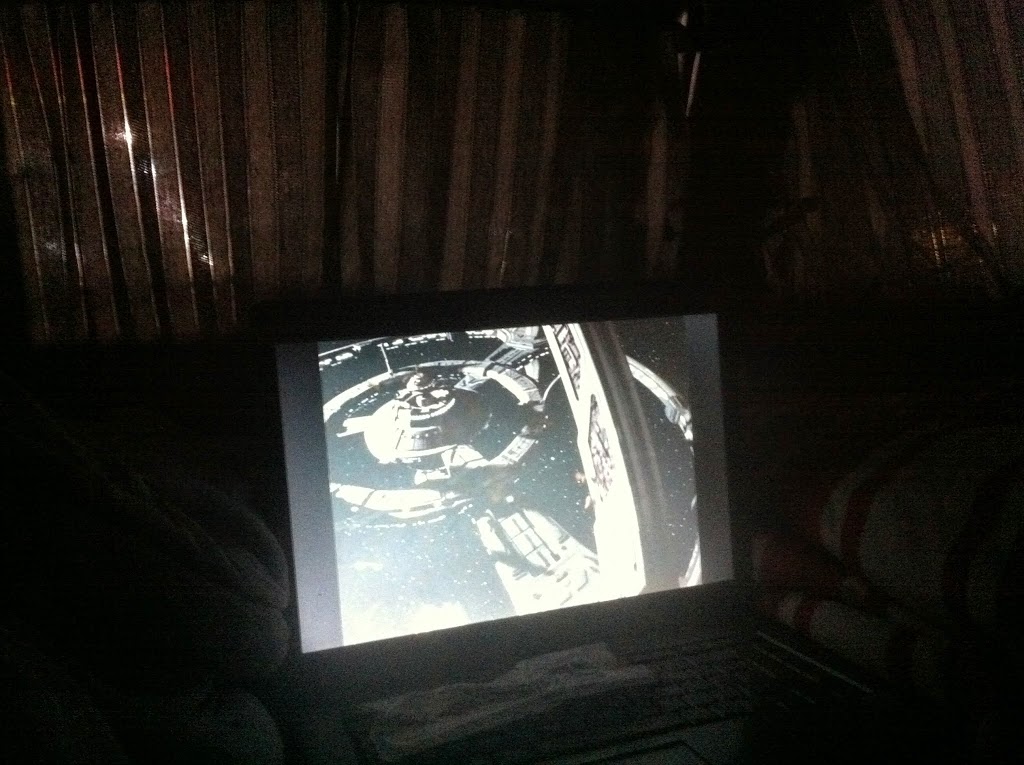