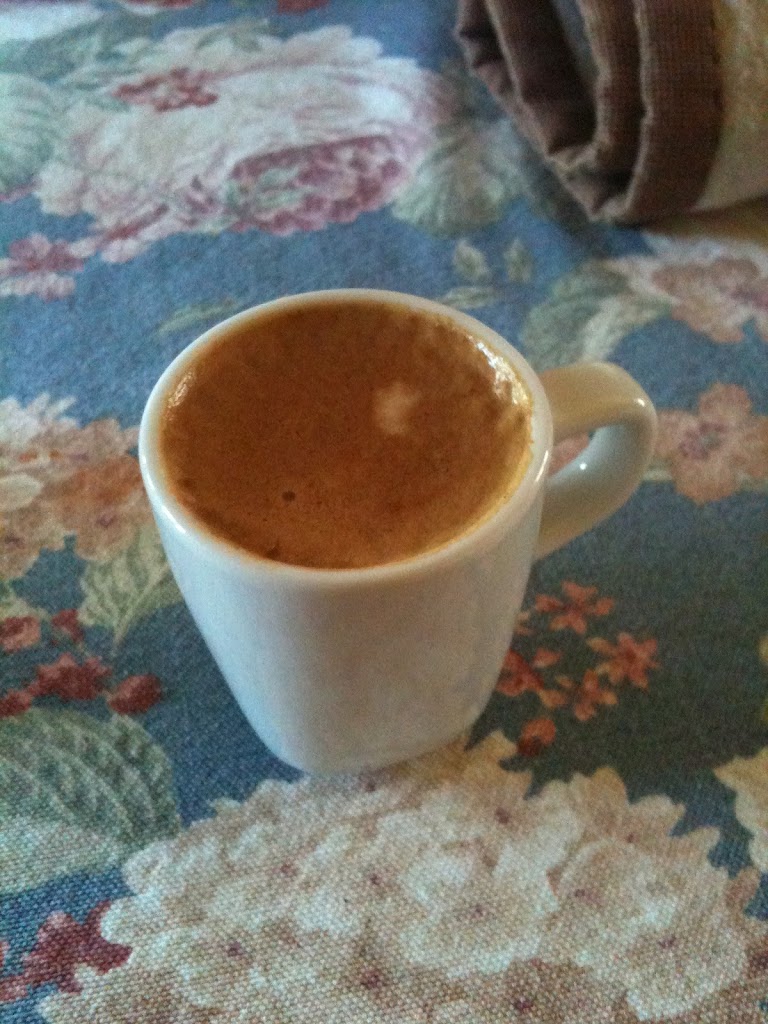 Destination: Calgary, AB
End of day Odometer Reading: 225,710km
We decided not to aim for any specific time to leave the cabin in Kaslo, as we didn’t really feel the need. There is a ferry you need to catch to cross the lake, but we figured whenever we got there that would be just fine. After having a couple of espressos (Jeff doesn’t drink coffee, so it was a truly momentous occasion?) 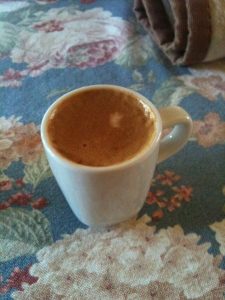 After packing our things we head out and caught the 9:50am ferry and started our drive back to Alberta. While driving through Cranbrook, we spotted a Husky House Restaurant; we were naturally obligated to stop and eat there. We’re not on the Husky House Road Trip, but it still felt necessary. Both of us had the King of the Road Burger, which is a double with a fried egg between the patties. It was well made, though the fries weren’t particularly exciting. 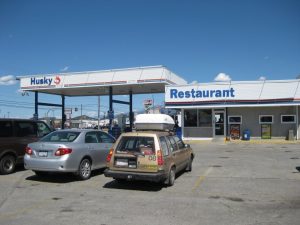 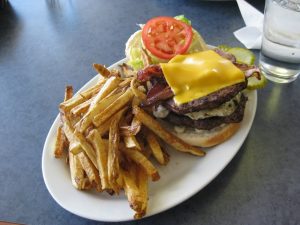 After lunch we continued our trek across western Canada into Alberta, though we were determined not to take the same route back into Calgary as we did when we left, so we headed up the highway 22 instead of the 2. 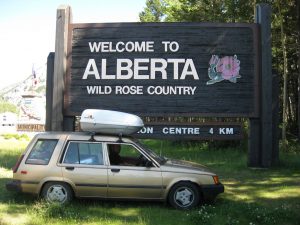 To cap off the returning end of our trip, we stopped in at Char|Cut in Calgary for supper, it was all pretty good, though after Joel got his beer colder than he liked and asked for his next to be warmer, they brought him one that had been extra chilled, so that it would be colder. It was a disappointing moment to an otherwise excellent meal. We both had the mussels and pasta, and Joel had an espresso and crème brûlée for desert, while Jeff had a nice hot cocoa and cherry cheesecake in a jar. (Why a jar? Who knows?) 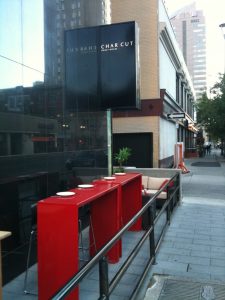 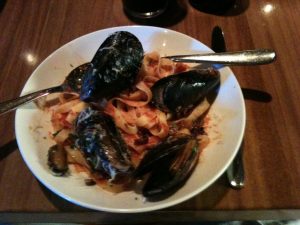 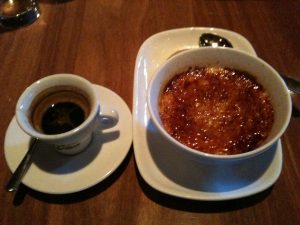 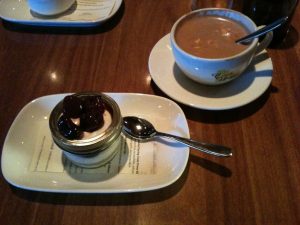 We then made our way back home, the Tercel in fine form! Distance travelled: 13,787km! 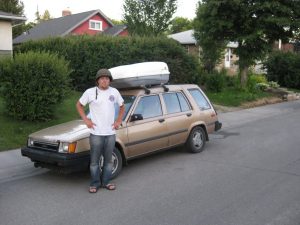 The goal for Day 25: Put together a final completed list of major stops and details of the trip, we kept records of a number of things. Plan on putting together a map with our route outlined on it. Should be fun!