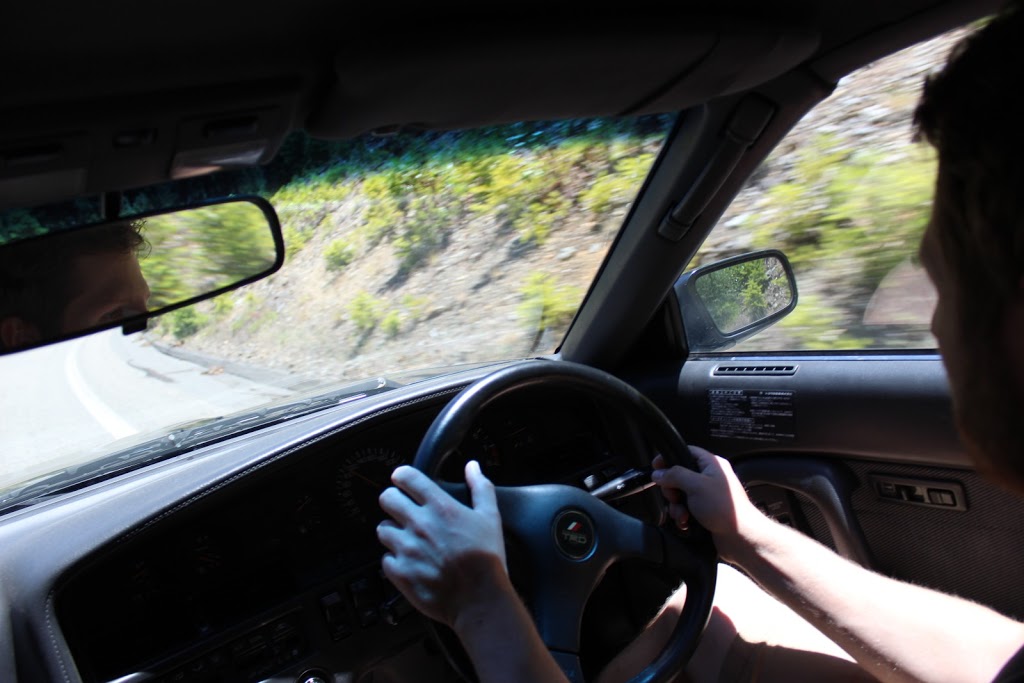 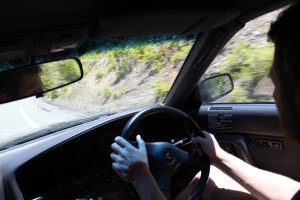 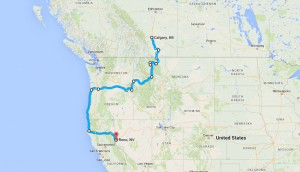 Making the most of our not-too-terrible hotel in Fortuna, we grabbed some breakfast that included ham, potatoes and hard-boiled eggs. The best free breakfast at any hotel so far on this trip, I must say. Also there was pineapple and relatively terrible jelly. It wasn’t amazing, but it gave us enough energy to get started on our trip. 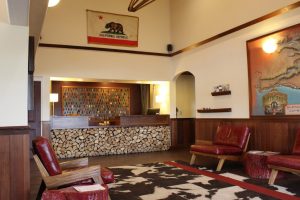 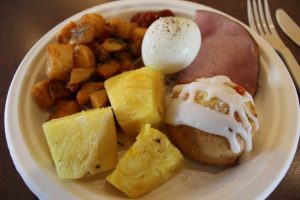 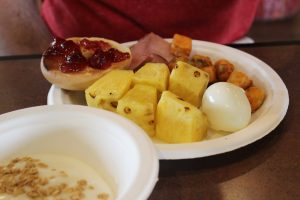 We grabbed some gas and headed over to Highway 36, which starts off winding through some Redwood forested area. The Highway 36 was miles and miles of driving delight in not the most amazing scenery we’ve seen, but right up there. While not providing the same exhilaration that the Highway 129 did in Oregon or the first section of the Highway 30 in Oregon we drove on, it provided a near approximation and loadsmore of it. We were on amazing roads for hours. It was simply fantastic, but one of the things that made it even more fantastic was that people moved over for you when you were faster than them. I don’t know how many cars got out of our way, it was a serious treat after what had been happening on the coast; thanks California! 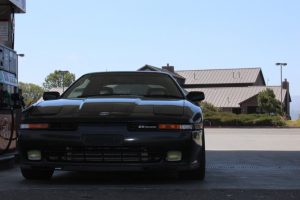 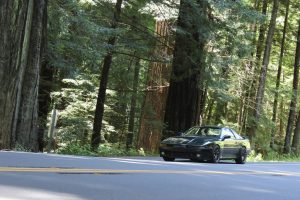 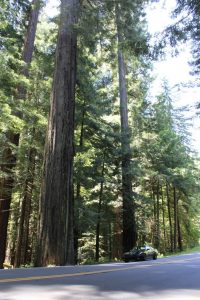 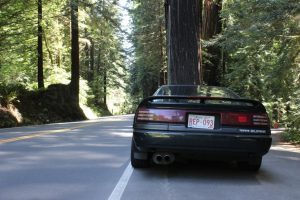 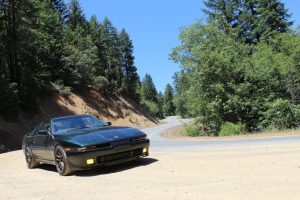 As we drove along Highway 36 eventually it straightens out and becomes Highway 395 on the way to Reno. Still, even though it was a bit less exciting near the end it felt satisfying to do the entire highway from start to finish. As we hit the desert, we also started climbing a mountain, and so while experiencing 35-degree weather the car was being pushed to get up the mountains. It handled it beautifully, however at one point we did see the temperature needle start to rise, so we switched to ECON A/C instead of full A/C. The needle came back down and stayed there for the rest of the way to Reno. It is something we will need to keep an eye on though, as if the car is going to give us issues anywhere, it’s going to be in the middle of a hot stretch. We’ll be bringing extra water for sure. John wants to know why anyone lives here, but I kind of liked the heat to be honest. We ate some ice cream to cool down at a pit stop and I took a look at the heater VSV and it turned out to just be a vacuum hose that had come off. Not sure how that happened, but we now have full heat capability in the hot desert which is of course, just what we needed! 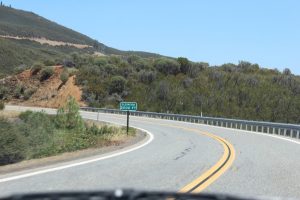 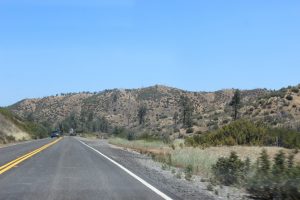 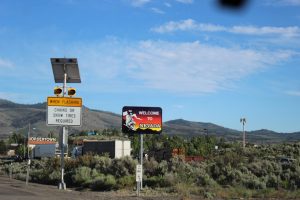 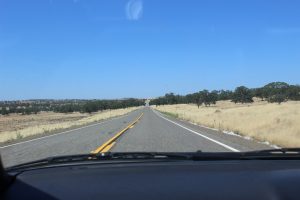 Despite being warned not to stay in Reno repeatedly by my girlfriend Nicole and previously by my brother Jason, we couldn’t pass up a 4-star hotel for $36 a night. Plus, we figured, there’s got to be good and bad places in Reno, surely it can’t be entirely terrible, can it? Well, we got to the hotel and it’s mostly a more depressed Las Vegas with more bikers and other strange people. We even saw people who were arriving from the airport. To Reno! Still, the room is the nicest we’ve stayed in for sure, and it was definitely the cheapest too (though only by a small amount once you add in the “resort” fee – though it does include 2 bottles of water, we’ll be needing that). 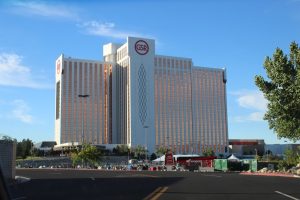 We went to Charlie Palmer Steak for supper and it was a quality meal. It wasn’t something you’d find on Diners, Drive-Ins and Dives, but it was good food, and included caramel popcorn. It’s really good caramel popcorn. Like really good. (John didn’t want to bring the camera to the restaurant so now we have these poor phone camera shots). John had venison and I had a small NY striploin. I was most surprised by the venison, it was quite good. My steak was cooked to a nice medium rare, though I’ve had more flavourful meat at home. I love Alberta beef, apparently. 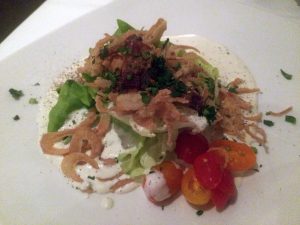 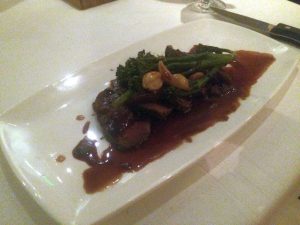 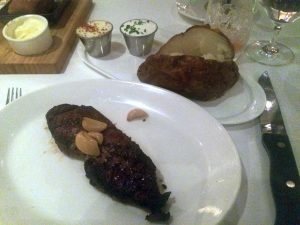 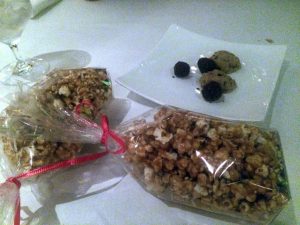 On our way to Las Vegas, NV tomorrow, which is our only rest stop along the trip, we’ll be there for two nights and one full day of not driving. Not that the driving has been undesired, quite the opposite in fact, but it’s always nice to get a bit of a break. It will be a longer drive, so we’re going to try to get on the road a bit earlier. We’ll be taking Highway 120 as it was what we took last time as the car threatened to die on us at any moment. We must conquer the road, and also take a bit more time to enjoy it, as we were mostly focused on not being stranded in the desert. I distinctly remember thinking, “this road would be nice if I could actually enjoy it.” Hopefully that happens this time.
Day 6 Destination: Las Vegas, NV via California Highway 120
Bonus! Minions Tic Tacs. 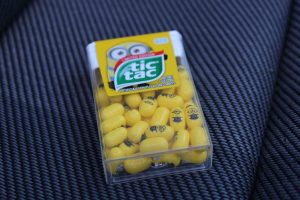