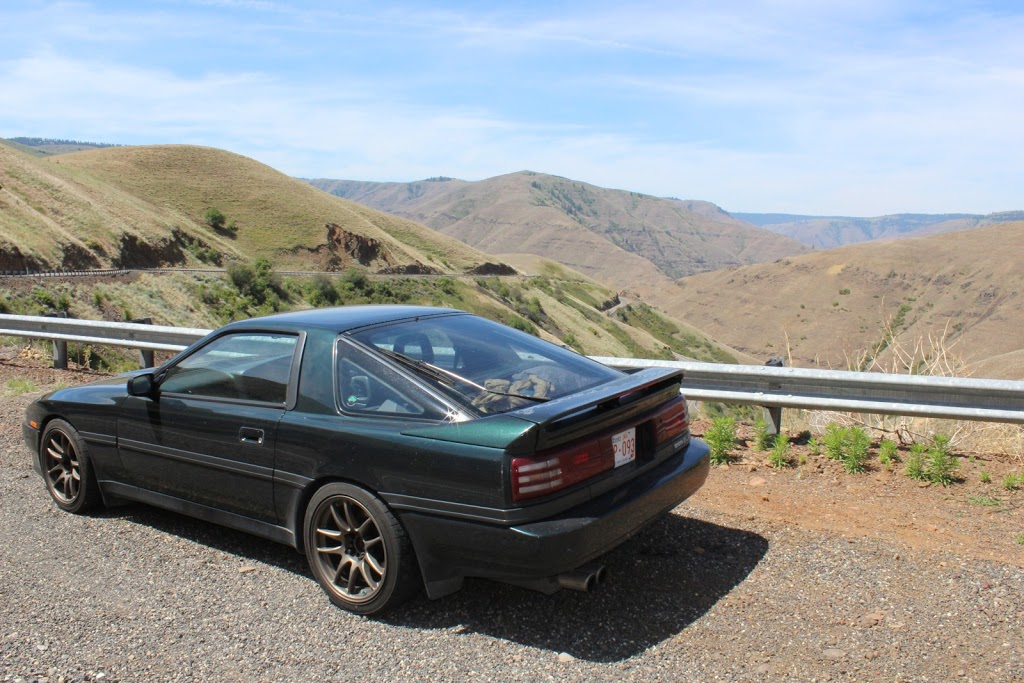 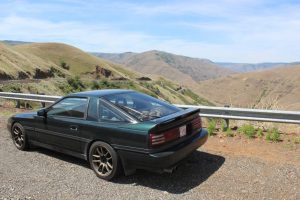 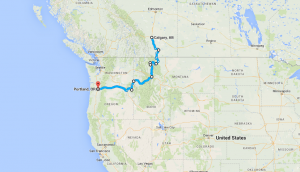 With a bit longer of a day ahead of us today, we got up about an hour earlier and decided to check out what the hotel was offering in the way of food for their advertised “hot breakfast”. It consisted of mostly the usual items, plus warmed biscuits and heated gravy to top them with. Unimpressed with the situation, we decided that we’d instead get a real breakfast at a local waffle establishment. We left with a single biscuit and a mini muffin so as not to raise suspicion. While on our way in the hallway we ran into the people that we had inadvertently barged in on yesterday and they told us of the follow up experience speaking with the front desk accused them of staying an extra day (even though they had just checked in) and that their keys had been deactivated. I’m assuming the front desk employee was having a rare afternoon. 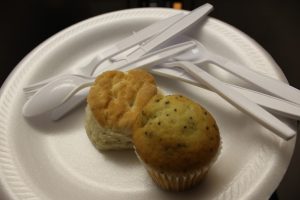 Upon trying to find a route outside both to the waffle shack and to move forward on our journey, we found the reception lacking and so headed over to a classic McDonald’s across the street from the hotel. Finding the reception in their parking lot to be insufficient we went inside and ordered some Egg McMuffins instead, they were made well and John found the coffee to be significantly better than other American coffee, though still weaker than its Canadian counterpart. 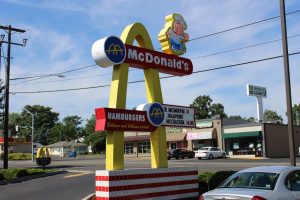 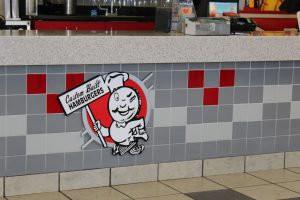 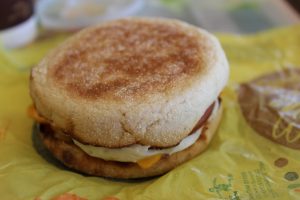 After successfully using their wifi, we were on our way with a plan for the day. We headed down south into Washington on Highway 129 (which becomes Highway 3 in Oregon). I had read much of the drive on the 3 in Oregon and so was pleasantly surprised by the amazing driving we encountered before reaching Oregon. In fact, we had to turn down the boost controller to avoid continually hitting boost cut on the car. It was the definitely the most fun driving we’ve done on the trip so far, though we did have to stop for about five minutes to give us a gap to the slow moving van in front of us. Unfortunately since I was expecting even better things once in Oregon, I did the Washington section and switched with John for Oregon; Oregon was mostly straight. Apologies to John for that one, but I really had no idea. 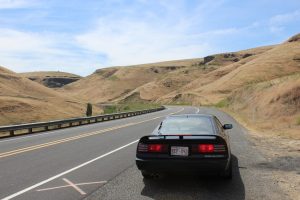 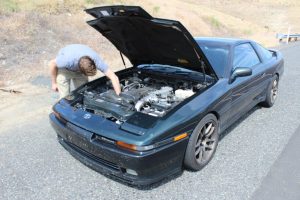 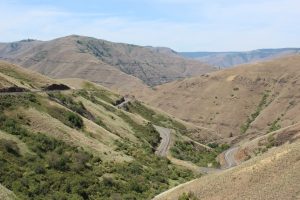 We stopped for lunch in La Grande, OR at a local Mexican restaurant called Cinco de Mayo, which was definitely one of the better meals we’ve had so far as well. John ordered arroz con pollo and I got a carne asada burrito. The meal started off with some tortilla chips and some nicely seasoned and spicy salsa. John has often mentioned how much he’s wanted mole, one of his favourite Mexican foods, but decided to get the restaurant’s specialty instead. After only a small portion of salmon last night, John was a hungry man and consumed a large amount of food, including a not small portion of my not small burrito. 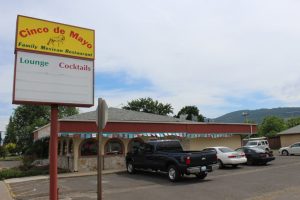 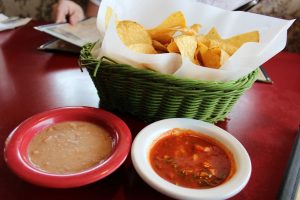 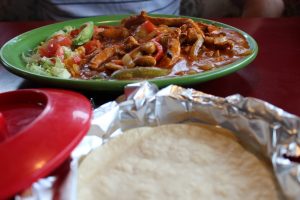 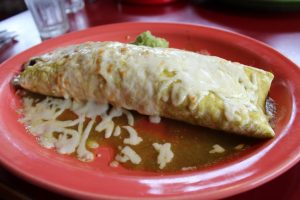 During a pit stop for some (full-serve, ugh – Oregon) refuelling, I went inside the store and discovered, to my delight, glass-bottled Dr Pepper from Plano, TX made with real sugar. It’s essentially Dublin Dr Pepper (a favourite of mine that I discovered in Texas in 2011 – only to be discontinued in 2012), but minus the Dublin name and made in a different plant in Texas. It was just as good as I remembered, and so we loaded up a paper bag with an extra 12 bottles and continued along our way. If we come across any more as our trip comes to an end, we will definitely be picking some more up to being back to Canada. 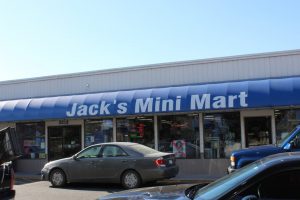 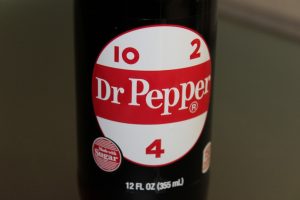 We headed out along I-84 towards Portland and managed to get on to the Columbia River Scenic Byway at The Dalles, OR. For about 20 miles, we experienced driving possibly even better than this morning (though much less of it). It mostly made up for John completely missing this morning’s drive. Mostly. After that short section it basically spits you back out onto the I-84 and you cannot get back into the Scenic Byway until much closer to Portland – most of the old highway is now a bike/walking trail inaccessible to cars. Still, as far as interstate highways go, the I-84 is one of the more scenic I’ve been on. The later section of the old scenic highway closer to Portland was definitely a more scenic drive, however lacked most of the driving pleasure of the earlier section, worsened by a huge increase in the number of tourists. We only saw 2 cars the entire time on the previous better driving section. Still, it was a pleasant drive with nice sections through tree covered roads. There was definitely some confusion about where the road went and we ended up back on the I-84 a bit earlier than expected, but with all of the extra traffic and lack of great driving, we decided it wasn’t worth looping back to do the last small section we had missed. 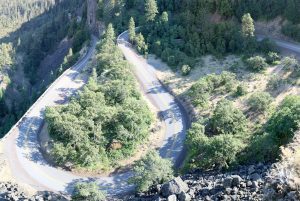 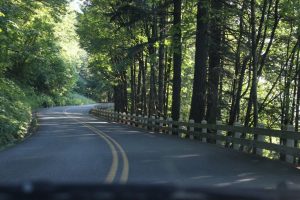 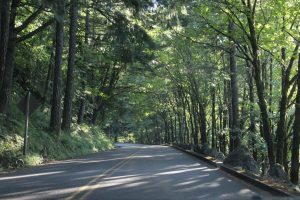 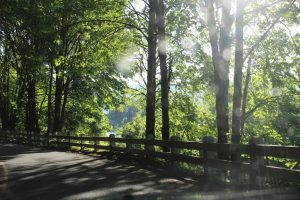 We decided that we were unsure about whether we wanted to stay at a hotel again or if we wanted to camp. We brought everything we needed to camp and the weather was simply incredible, so we decided that we’d look for a campground along our way to Portland and if we didn’t find one that we thought would work, we’d get a hotel in Portland. Well, we were closer to Portland than we originally thought and there were very few camping options, none of which seemed worth pursuing, plus with two restaurants we wanted to eat at in Portland and a long drive ahead of us tomorrow, we decided to get a hotel. Before checking in at the hotel, we stopped in at Podnah’s Pit BBQ for some supper. Despite not being super hungry, we felt it was in the spirit of the trip that we visit again, since we did on our last ill-fated journey through Portland. John had pulled pork and brisket while I had a few St. Louis ribs. I didn’t finish it all, but it was better than I remember it being last time and they also had the correct Dr Pepper to go with it! 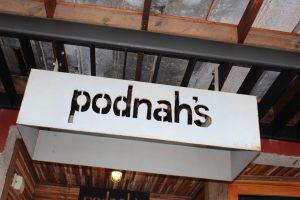 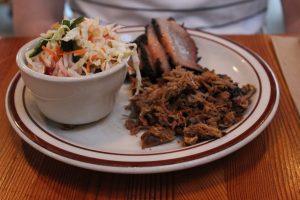 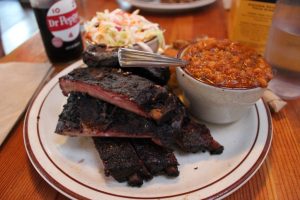 The dream of the 90’s is alive in Portland. 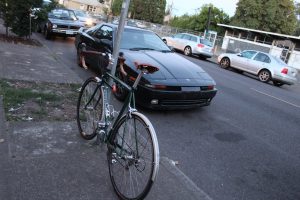 Luckily our room for the night is completely spider-free (sorry Frank the spider, we’ll see you some other time), and it also has towels. For Portland, it’s a real treat! We head down the coast tomorrow to California, really looking forward to seeing the ocean again.
Day 4 Destination: Eureka, CA via Pacific Coastal Highway